A flash inundation of smartwatches and wearable fitness devices has grabbed the attention of smart device consumers and gadget enthusiasts all alike. One up in the market is the elegant looking Huawei Watch that has built a reputation for itself among western consumers since it was launched in September last year. We compared it with the latest addition from Fitbit, brand named Blaze.

A first look at both the watches will most certainly compel you to pick the Huawei, which flaunts a conventional look and looks rather sophisticated for a smartwatch. The basic model of the Huawei Watch comes with a leather strap, and at first, it can easily be misunderstood for an analog watch whereas the Blaze has been designed to exhibit sporty as well as a fashionable appearance.

Both the watches are quite different in their application and their prices in India are a bit apart. The Huawei Watch fulfills the need of a standard smartwatch whereas the Blaze tries to blend a fitness tracker into a smartwatch. Huawei watch is launched in India for a generous price of Rs. 22,999 whereas Blaze will sweep you off for Rs. 20,000. 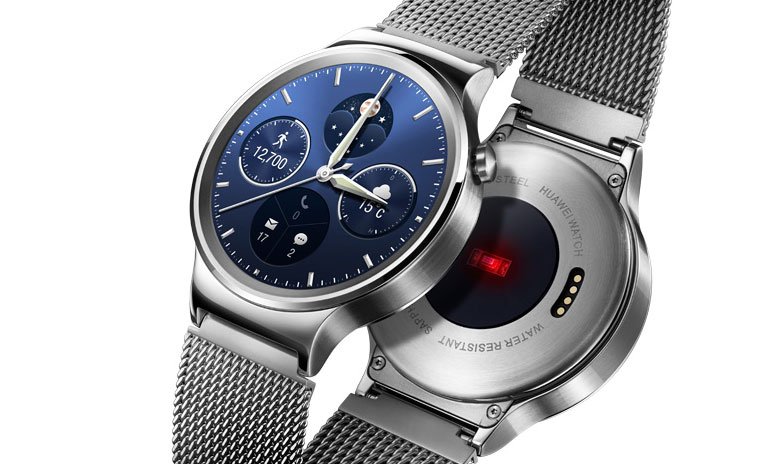 Although Huawei was launched for $350 in the U.S. in September, a slashed price would have been appreciated. Considering the fact that smartwatch users in India are far from less than users in western countries the launch price might be a challenge for a fluid sale.

Huawei is far better than Blaze when we talk about the display and ergonomics of the two watches. Where Blaze offers 240×180 pixels of details on its 1.66-inch screen, Huawei Watch offers 400×400 pixel resolution on a full circle OLED display. The difference of resolution on the two watches is significant.

See Also: Apple Watch vs Fitbit Blaze Price & Features Comparison: Which one you should buy?

Huawei lags behind when it comes to battery life on the two devices. Where Blaze can quickly pull out five days of battery life, Huawei hardly does it more than 12 hours. When we talk about the application of both the watches their comparison is a bit out of proportion. The sophisticated jewel from Huawei is a full-fledged smartwatch capable of performing standard functions such as receiving calls, texts and notifications once connected to a phone as well as running various apps.

Blaze’s primary priority is fitness tracking and monitors the activity of user all day. It offers the option to keep a track of the sleeping time of the user. Blaze provides phone call, text and calendar notifications from the user’s smartphone and allows music control of the smartphone connected to it and that’s all about it.

Huawei can be used for fitness tracking through associated apps on Google Play Store and Apple App Store, although Blaze has an upper hand in the fitness field. The primary feature that the two watches can be compared is for the heart rate monitor. Where Huawei offers a faster heart rate monitoring, Blaze has a more accurate reading to provide.

One of the features where the Fitbit Blaze lags behind is the absence of the GPS system in it. It is a significant disadvantage since some of the serious runners who do not prefer to carry their phone along with them will drop the idea of purchasing Blaze.

Although Huawei may seem to be a catch since the slashed prices in India, both the watches will attract two different sorts of consumers. First, the serious fitness fanatics for whom Blaze has more than enough to offer and the second the gadget enthusiast or the needy smartwatch ones who will appreciate the classic looks of Huawei Watch along with its functions and features. Both the watches are compatible with IOS as well as Android devices.

Tailoring Your New PC to Your Needs