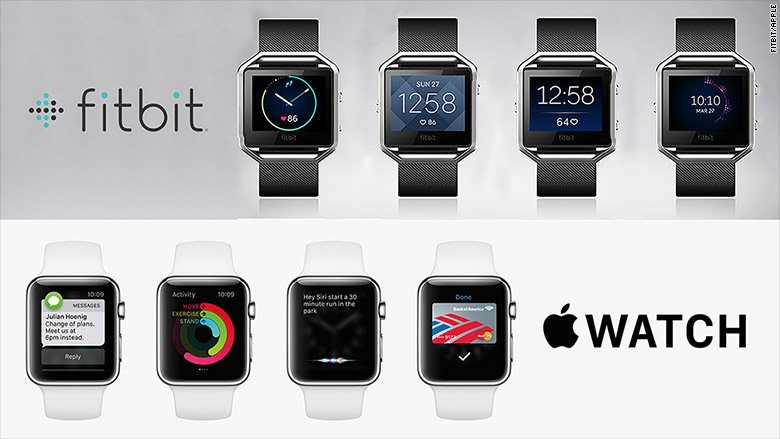 Fitbit has been successful in igniting the excitement in the wearables category at CES 2016. The company had a press conference on Tuesday where it introduced a new smartwatch called the Fitbit Blaze. It comes with a touchscreen, connected GPS, activity and sleep monitoring, heart rate tracking, call, text and calendar alerts and up to five days of battery life.

Fitbit is been dominant in the wearable tech and fitness market for quite a long time. CES saw a plethora of companies from outside the tech sector looking to challenge Fitbit’s dominance in the market. The nearest rival to Fitbit regarding unit sales is the Apple Watch.

Fitbit’s approach towards smartwatches is a bit different than the usual devices available today, and it hasn’t gone down too well; Fitbit’s stock took a beating of 18 percent after the announcement at CES 2016. A simpler and less complicated approach that Fitbit has taken towards a 200$ smartwatch doesn’t seem to have been accepted well.

We compared the Fitbit Blaze with its closest competitor regarding sales volume, Apple Watch. 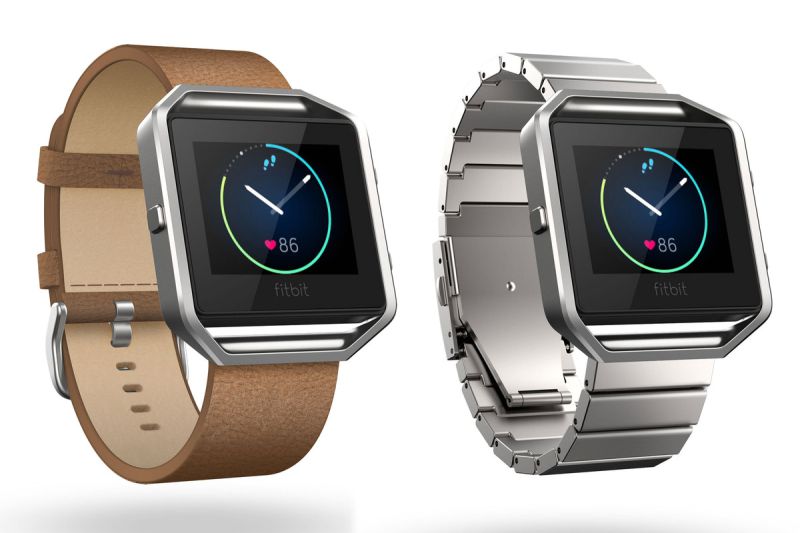 It has an octagonal face with an elastomer band and steel casing. The LCD touchscreen makes it the first Fitbit to have a colour touchscreen. The hardware of the watch can pop out so that the bands and frames can be swapped to mix and match. It does not have built-in GPS but can use GPS data from a connected smartphone.

Fitbit’s been dominant in the market for quite a long time.

Fitbit has an optical heart rate sensor, and it will take a reading every second during workouts and every five seconds otherwise. It provides the standard package of connected watch notifications like calls, texts, calendar events. The Blaze can also be used to control music playing on the connected smartphone.

Fitbit says the Blaze gets a five-day battery life, which is better than most smartwatches. It is not quite the full-fledged smartwatch that users are accustomed to right now, but Fitbit says the less cluttered devices and only a few non-fitness features is what users want. 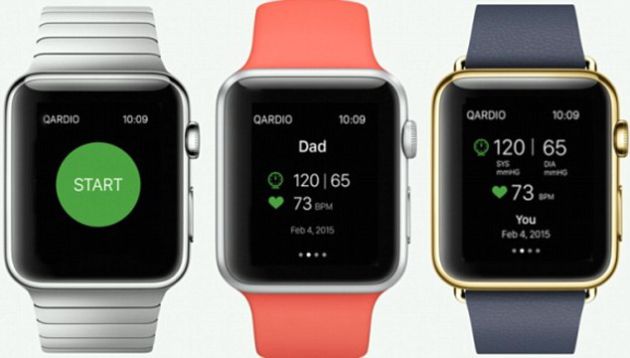 Apple watch has excellent design and a smartwatch that comes with all the bells and whistles that users would want, and then some more. It comes with a Force touch capable touchscreen and a digital crown to navigate around. The watch comes with a Hear Rate Sensor that detects your heart rate during workouts.

It comes with connected GPS just like the Blaze that uses a connected iPhone’s GPS sensor to measure distance and speed during workouts done outside. watchOS is advanced OS right now with a variety of apps available on the app store for the iPhone with complementary watchOS apps.

Apple watch comes with a lot of personalisation options and is currently arguably the best smartwatch available, except for the price. It comes in two sizes (38 or 42 mm). The Apple watch can use Apple Pay for paying near credit card readers with just the watch.

Apple watch is no doubt, a more maxed-out watch aiming for a crowd that pays for the excellent build quality and are okay with being locked into the iOS-watchOS ecosystem.

Fitbit Blaze and Apple Watch, although smartwatches are two different devices targeting different crowds. The Fitbit is simpler with lesser features and is highly fitness oriented. It is quite easy to see daily activity on an iWatch, but it goes on to show that Fitbit has focused on making a more convenient device with a focus on only fitness.

It does have some fitness-oriented features that the Apple Watch lacks. Thus, the Blaze will appeal to the hardcore fitness crowd more than the Apple Watch.

Apple Watch is on the other hand, more of a luxury that can match the likes of high-end luxury watches and isn’t a slog in the fitness tracking department either.