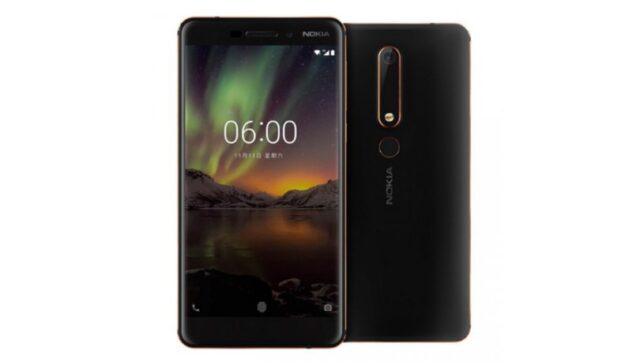 Nokia fans in India can look forward to marking out April 4 in their calendar as that’s the day the company is expected to launch the Nokia 6 in the country. At least HMD Global, the company that holds the patent for the Nokia brand has started sending out press invites for an event on that day.

The press invites is of course as cryptic as those usually are. A few related developments are however hard to miss. Those include a revelation to Gadgets 360 of the company’s India plans, which marked out Nokia 6 for launch around first week of April.

The Vice President India of HMD Global, Ajay Mehta has also revealed during the MWC that the company will launch the 2018 Nokia 6 post the launch of the Nokia 1 in India. The entry level Nokia 1 has just been launched and is priced Rs. 5,499. No pricing details of the Nokia 6 are available though.

As for the version set to be launched in India, it is the dual sim with 3 GB of RAM and 32 GB of storage that seems most likely to be the contender. (There is a single sim Nokia 6 version as well) Its other specs include a Qualcomm Snapdragon 630 processor mated to a 4 GB RAM and 64 GB storage for the top-end model. Also, it is going to be a 5.5-inch display up front with a resolution of 1080 x 1920 pixels. Powering the device will be a 3000mAh battery.

The other standout feature of the new Nokia 6 is Bothie, which refers to its ability to capture images with both the front and rear cam simultaneously. While still on the phone’s imaging capabilities, the Nokia 6 boasts of a 16-megapixel rear cam that boasts of Carl Zeiss optics, PDAF, and f/2.0 aperture. Complementing the above is a dual tone flash. Further, there is an 8-megapixel front cam that too features f/2.0 aperture but has a fixed focus.

As for its connectivity options, the Nokia is VoLTE ready, besides also featuring Wi-Fi and Bluetooth as well. It features a USB Type-C as well as a 3.5mm headphone jack. Running the entire show will be Android Oreo which likely will be upgradeable to Android P when the latter becomes available.