The manufacturers also revealed the design of both handsets and it looks similar to that of iPhone. Google Pixel and Pixel XL look similar to their previous renders although the images are blurry. Apparently, both phones are somewhat familiar to iPhone 6 and more or less similar to that of the HTC One A9. The handset is designed with aluminum bodies and overly rounded edges. 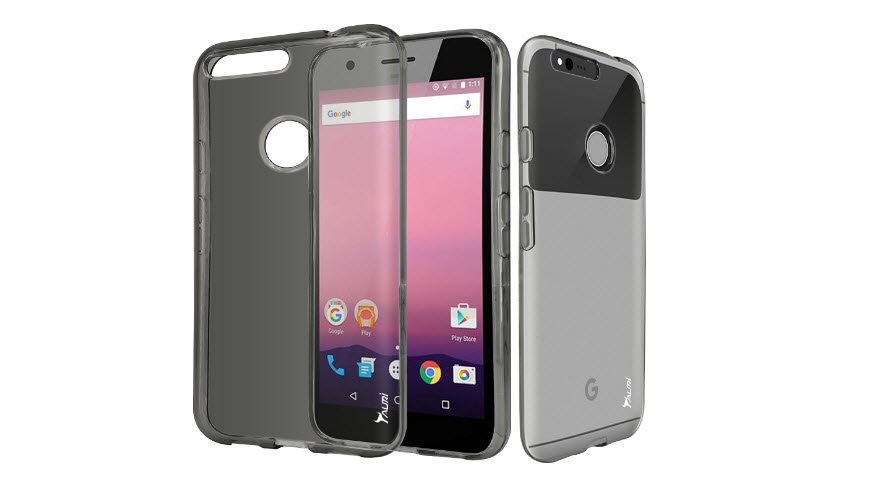 If you look at carefully, the Pixel and Pixel XL will have tapered edges that make them look a bit more premium. Moreover, the new phones will be slicker than the other competing handsets with a similar design.

Even though the deign look similar to other phones, the Pixel XL, and the Pixel does have some unique design elements with a layer of glass on the top portion of their rear cover. This is similar to that of Nexus 5X and the Nexus 6P, that shipped with a fingerprint scanner on their back.

It is to be said that the forthcoming phones are manufactured by HTC. They are designed similar to that of the One A9, launched by HTC in 2015.

Dubbed as Marlin and Sailfish, the two new Pixel handsets will feature the latest Snapdragon 820 processor. You can expect a default internal storage of 32GB and addition of 3GB RAM. On the imaging front, you can expect a 12-megapixel snapper on the rear. It is to be noted that all the specifications except the display and battery will be the same for both handsets.

To recall, there has been widespread rumors about the fact that Google has ditched the Nexus phones to replace them with Pixel. The Nexus phones were niche products meant for developers and were sold at lower margins. However, the Pixel model will compete with the premium handsets, which includes the iPhone.

Despite HTC manufacturing, the handsets will accompany Google’s own G branding. Regarding pricing, you can expect the Pixel to start at $650.

Oppo rolling out the Android 10 based ColorOS 7.2 update for Reno 4 Pro