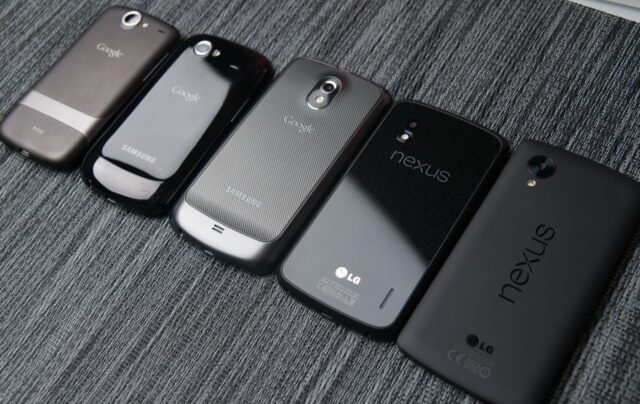 Google is all set to unveil a new series of smartphones at an event to be held in San Francisco on October 4. The search engine giant has uploaded a short teaser video on YouTube, which displays the date with a smartphone-shaped square morphed from a search box coupled with the Google “G” logo.

According to sources, it is not clear as to whether the upcoming phones are released under the Nexus brand. Meanwhile, Google also launched a new site with “madeby” subdomain. Interestingly, the site reveals the date of 5 Oct followed by an animated image of the upcoming phone and the traditional “G” logo.

The YouTube teaser video showcases a search box slowly changing its shape to a square. Towards the end of the 30-second video, the date, and the Google logo will be displayed. The morphing of search box into a square reveals that fact that the Google Search will be located on the dashboard of the handset.

The invite received by the media and journalists confirmed the date and location of the event. However, there is no hint as to the kind of products that will be launched other than the logo of the smartphone.

Even though Google has not officially announced the proposed names of the new smartphones, multiple reports signal the fact that the company will drop the Nexus brand to accommodate “G” logo on the rear of the new handsets.

According to Android Police, we can expect the launch of two new handsets manufactured by HTC. While the 5-inch model will be named as Pixel X, the larger variant with 5.5-inch display is expected to be codenamed as Pixel XL. The main attraction of both smartphones will be the integration of all-metal design unibody. To recall, in 2015 the Nexus 6P was made of metal. However, the 5.2-inch LG 5X was designed using the plastic body.

In all probability, Google will ship the devices with a specially refined version of Android Nougat by replacing the usual stock version of the operating platform like previous years.

Upon careful inspection of Google’s new “madeby” site, we spotted a phone on the floor between two LED ropes. We also spotted another image which shows a possible picture captured with the handset.

Earlier this year, Google CEO Sundar Pichai revealed that the company would be more opinionated about the design of the smartphones and added that it would add enhance features on top of Android on Nexus handsets. Hence, this statement collaborates the report of Android Police.

We don’t have any information about the specification of the new handsets. However, because of Android 7.0 Nougat we can expect top of line specs with latest processor and graphics chipsets.

In the meantime, the company is currently busy with the launch schedules of Google Allo, Daydream and a wide range of Android wear watches. There is also a possibility of the launch of a new Chromebook to replace the second-generation Pixel which was recently discontinued.