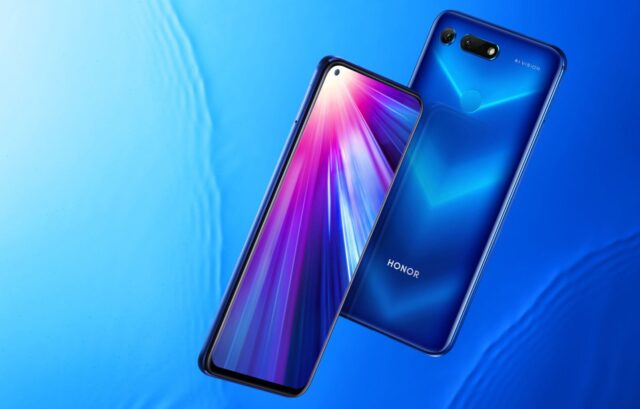 Since the Honor View 20’s global unveiling, everyone has been eyeing the Indian launch scheduled for January 29th. Notably, the Honor View 20 will be the first smartphone to bring a punch-hole display alongside the 48MP Sony IMX586 Camera to the Indian market.

The Honor View 20 gets a glossy glass back alongside tapered edges for better gripping. The earpiece is hidden on the top frame followed by a small chin at the bottom. Not to mention, the back houses a dual camera setup placed next to the fingerprint scanner.

Furthermore, the handset sports a beautiful 6.4-inch Full-HD+ IPS panel with a resolution of 2310 x 1080 pixels. As mentioned, the View 20 features an all-screen display at the front. Wherein, the front camera sits in the punch-hole cutout at the top left of the screen. The same allows for an impressive screen-to-body ratio of 91.82%.

Under the hood, the handset gets powered by Huawei’s in-house HiSilicon Kirin 980 chipset, seen on the Mate 20 Pro. The octa-core chipset based on a 7nm process is further coupled with Mali G76 MP10 GPU along up to 8GB of RAM and 256GB of internal storage. However, as per our sources, only the 6GB RAM and 128GB storage will be introduced in India. The new chipset not only offers better power efficiency but also packs dual NPU for advanced AI and machine learning computation.

On the software front, the Honor View 20 runs Magic UI 2.0 on top of Android 9 Pie. Seen first on the Honor Magic 2, the new Magic UI is a cleaner & simplified version of EMUI that brings less bloatware.

As for the optics, the Honor View 20 is the world’s first smartphone to offer a 48MP rear camera. The rear camera setup comprises of a 48MP Sony IMX 586 sensor with an aperture of f/1.8. It uses pixel binning technology to merge four 0.8um pixels into one to offer a large 1.6um pixels when in 12MP mode. There’s also a secondary 3D Time of Flight (ToF) sensor for depth sensing, aiding 3D and AR effects.

Up front, we have 25MP AI-selfie camera with f/2.0 aperture housed in the cutout. The camera app is equipped with nifty AI features, backed by NPU. Moreover, the device is capable of shooting 960fps slow-motion videos and 1080p@60fps, besides 4K@30fps videos.

All of this is backed by a massive 4,000mAh battery that supports Huawei’s SuperCharge fast charging (4.5A at 5V). Additional features on the device include a liquid cooling system and a 3.5mm jack. The handset also gets dual microphones, dual-frequency GPS and triple-antenna Wi-Fi onboard.

According to our sources, the Honor View 20 will be launched in a single variant with 6GB RAM and 128GB of internal storage in India. The same will be priced very aggressively at Rs. 35,999, undercutting the OnePlus 6T by a significant margin. Notably, it’ll be available in Midnight Black and Sapphire Blue colour options, exclusively on Amazon.in.