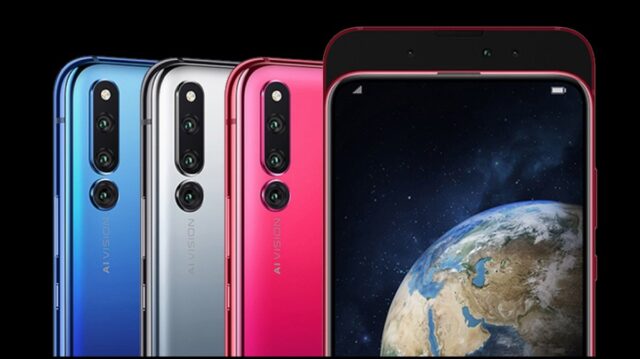 Putting a full stop on the leaks and rumors, Huawei’s sub-brand Honor today launched its new flagship i.e. the Honor Magic 2, along with the Honor Flypods Pro and a new Honor Watch Magic in its homeland China.

The Magic 2 being Honor’s take on bezel-less phones packs in a beautiful edge-to-edge display at the front, followed by a glass back and a slider based on 5-rail mechanism which hides the front cameras and other stuff beneath the display resulting an impressive screen-to-body ratio of almost 100%.

As for specs, the Magic 2 sports a 6.39-inch AMOLED display having a Full-HD+ resolution in a 19.5:9 aspect ratio and 2.5D curved glass on top. The display further packs in an In-display fingerprint scanner for unlocking the device.

Under the hood, it is powered by the latest HiSilicon Kirin 980 SoC coupled with ARM MALI-G76 MP10 GPU, coupled with up to 8GB of RAM and 256GB of Internal storage. To be more specific, it comes in three different RAM and storage configurations including the base model with 6GB RAM and 128GB internal, followed by a 8GB/128GB variant and a high end 8GB/256GB variant. Do note that the top-end 8/256GB model also packs the IR-based 3D facial recognition system for unlocking the device.

In the optics department, the Honor Magic 2 gets a total of six cameras; consisting of a 16 MP primary sensor with f/1.8 aperture, and a 24 MP Monochrome shooter with f/1.8 aperture along with a 16 MP f/2.2 super wide-angle shooter at the back, followed by an LED flash. On the front, we have another set of triple shooters, featuring a 16MP Selfie shooter clubbed with two 2 MP ToF depth sensing units. The phone can also record super slo-mo videos at 480fps.

On the software front, it runs on Magic UI 2.0 based on EMUI 9.0, layered on top of Android 9 Pie and packs in tons of nifty AI features like the custom voice assistant Yo-yo. Interestingly, the company has also incorporated “Voice print” which allows the device to respond only to the owners voice.

All this is backed by a 3,400mAh battery which supports 40W MagicCharge for fast charging, it’s the same SuperCharge from the recently launched Huawei Mate 20 Pro.