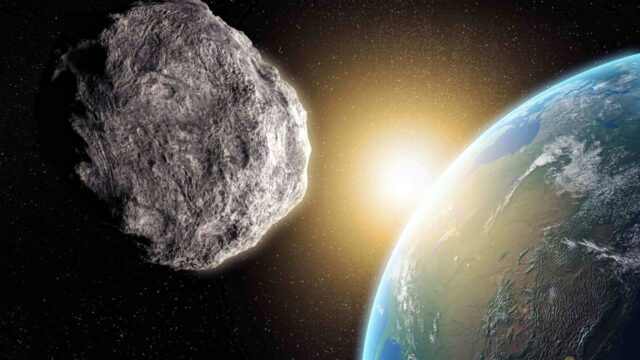 Asteroid 2015 TB145 also dubbed ‘Great Pumpkin’ will fly past Earth on Halloween. Space buffs will be in for a treat as the asteroid could be visible from Earth with the aid of a telescope. Astronomers estimate the diameter of the asteroid to be in between 290 to 650 meters.

Paul Chodas, manager of the Centre for Near Earth Object Studies at NASA’s Jet Propulsion Laboratory in Pasadena, California said that the path of Asteroid 2015 TB145 is well understood and will not pose any danger to Earth. The Gravitational influence of the asteroid is trivial and will have no influence on Earth or the Moon nor will it create any tides on Earth.

The Asteroid 2015 TB145 is bigger than the asteroid that exploded over Chelyabinsk, Russian Federation in 2013 and its speed is unusually high at 35 kilometres per second.

It is also bigger than the space asteroid that caused the Tunguska event that was estimated to have hit the planet with a magnitude of more than 1000 times more powerful than the atomic bomb dropped on Hiroshima.

The asteroid has no risk of hitting the Earth butt still NASA has described it as hazardous. NASA has been able to map hardly 10% of such hazardous asteroids that will cross Earth path because of inadequate funding. The asteroid was moving at a very high speed, and it was a tough task to track it down.

Scientists hope to get pictures as fine as seven feet per pixel and learn lot about the object’s surface feature, shape and dimensions and other physical properties.