Acer has another gaming series laptops on the market other than the Nitro series; Acer Predator. The Acer Predator Helios 300 is on our desk right now, and I am very excited to get my hands on this beauty and power. The Helios gaming laptop has the highest hardware specifications on a gaming laptop and is upgradable too. Acer Predator series laptops are most affordable gaming laptops with GPU overclocking feature. The laptop is priced at Rs. 1,34,000 and available in online stores including Amazon.in.

The Acer Predator Helios 300 has a shallow profile and lightweight design with red accent on a black colored casing. The outer housing is made of aluminum and plastic to make the laptop light and durable. The lid has aluminum casing on the top with two red plastic stripes (for decoration) and the Predator Logo. The plastic housing framing the display have a cheap feeling to it and has the Predator logo on it. 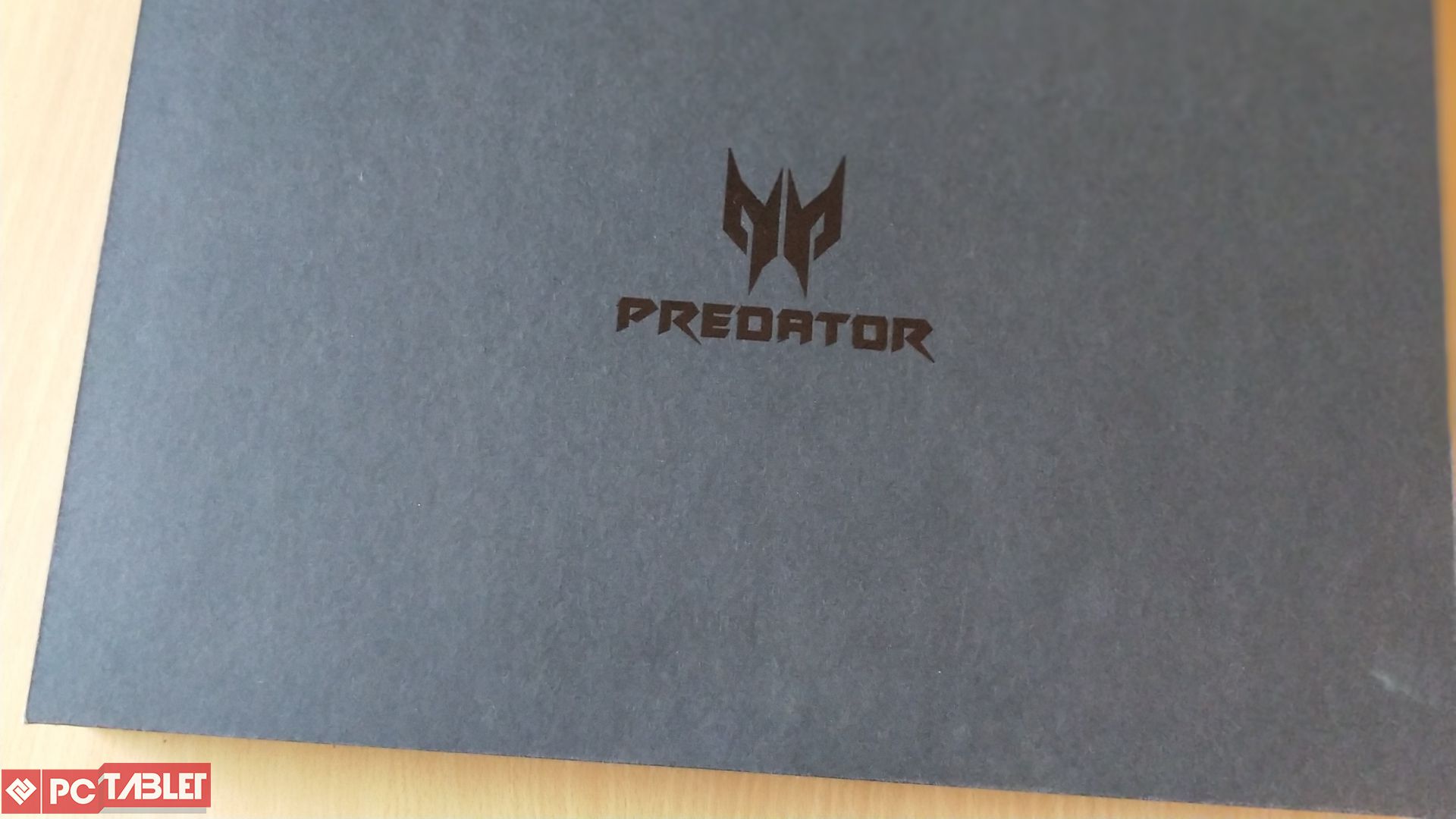 The keyboard deck of the laptop has the aluminum build with the same brushed finish as we saw on the top. The keys are plastic and have a red backlight, the WASD keys are painted red and have a thick border around them makes them stand out of other keys. There are no extra keys or macro keys on this keyboard but includes the full number pad as in mainstream desktop keyboards.

The laptop has side firing speakers and some air vents with four rubber feets on the bottom. There are two doors at the bottom which hides the hard drive and the RAM which can be used to upgrade the RAM or the hard drive without opening the whole bottom lid. The whole base is made out of grainy textured plastic which is not a very good quality plastic as it flexes a little while removing the hatch doors.

There are enough numbers of ports on this laptop and placed on the sides; left side has the Kensington lock, LAN port, USB Type-C port, one USB 3.1 port and SD card reader. The right side has the charger port, two status LEDs, two USB 3.0 ports and the 3.5 mm combo audio port. Overall the design and build of the Acer Predator Helios 300 is not the awe-inspiring but explains every single penny spent on it.

Acer Predator Helios 300 gaming laptop has a 15.6-inch display panel is perfect for gaming and has Full HD (1920 x 1080) resolution. The screen has an anti-glare coating which makes it less reflective and ideal to use in the outdoors. The display has an excellent viewing angle but not the most impressive I have seen.

The only thing which is missing on this display is the higher refresh rate, today’s gaming needs include a display with higher refresh rates. The NVIDIA GTX 1060 is capable of higher frame rates once it gets the perfect refresh rates, 60 fps is something which only computers can provide right now. Reaching the 60fps mark in FHD gaming is not easy for any gaming hardware, it needs a perfect tuning of the hardware which also includes the refresh rate. 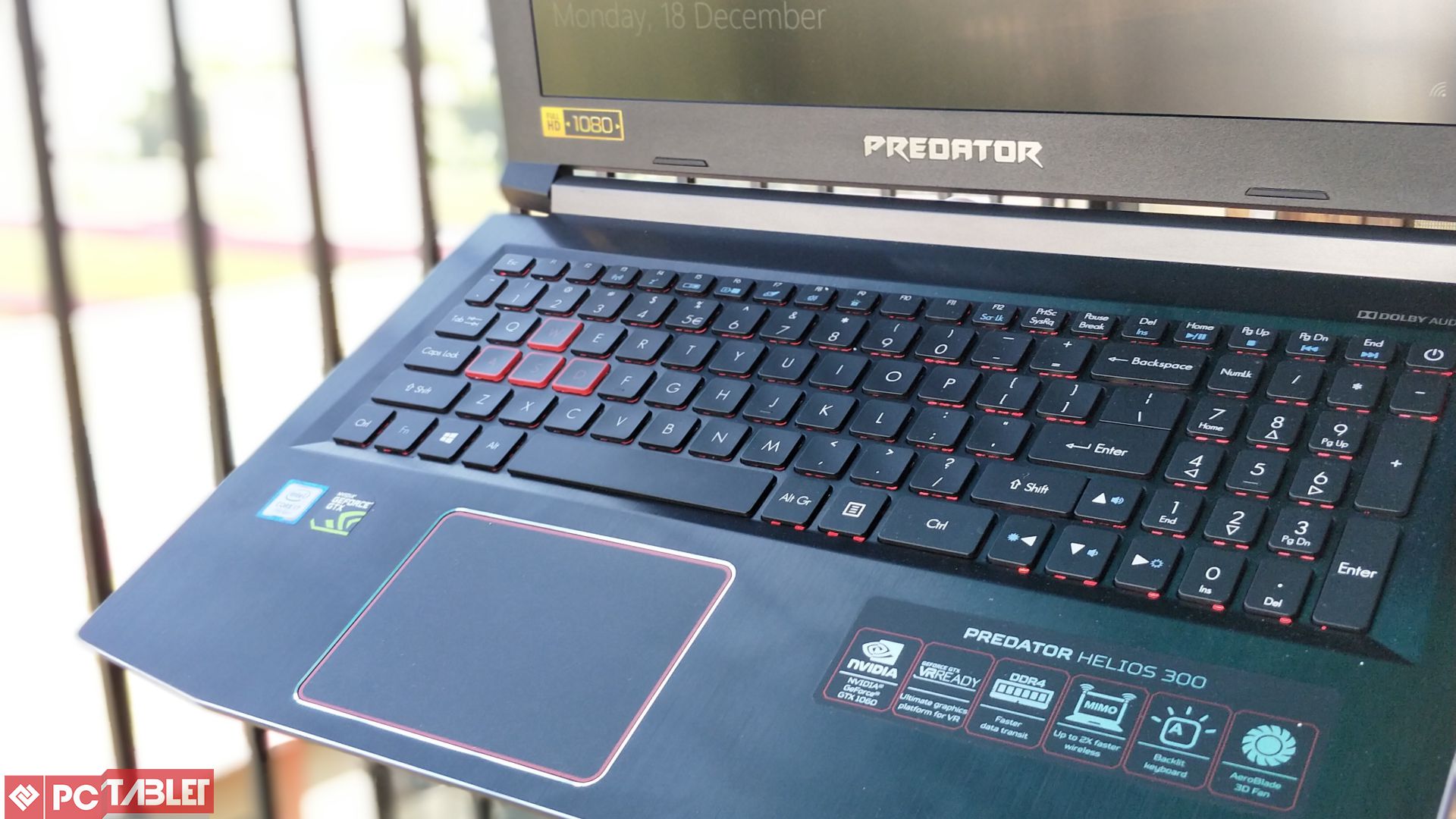 Acer always provides a full-fledged keyboard in its laptops which is a fantastic feature from Acer. It is a chiclet-style keyboard with red backlight only; I personally expected more, different brightness levels at least. I mean there are more laptops in the same price tag or less which provides a more mechanical feel to the keyboard and RGB backlighting, I know that it doesn’t affect the gaming or anything, but RGB keyboard is something we all gamer wants. 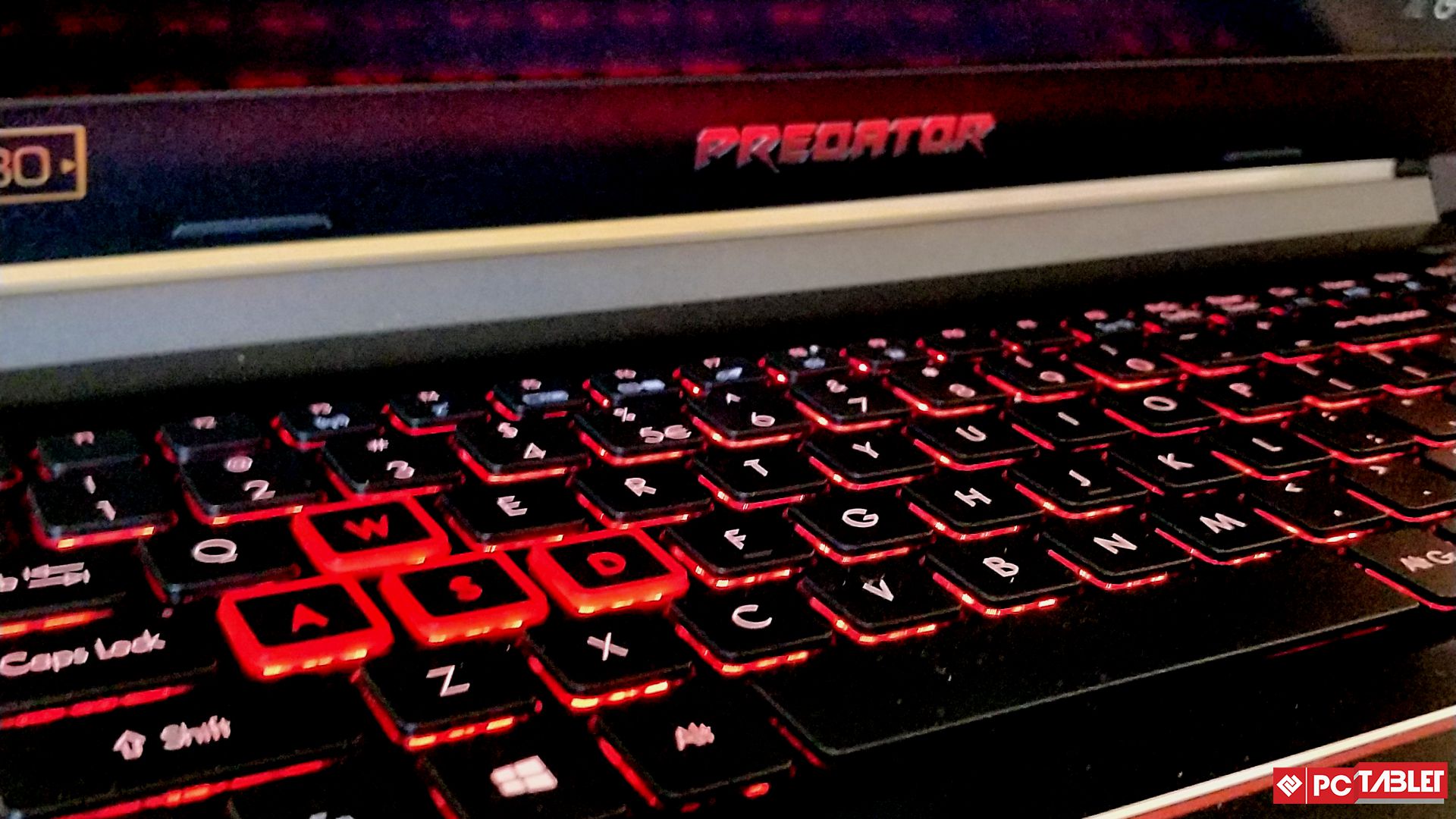 The trackpad also has a plasticky feeling to it but not in a cheap way. There is no marking on the trackpad for the mouse click, but it comes with the same “one-click” mouse button feature which shares the same button for both mouse clicks. As you know that this is a gaming laptop and gaming using the trackpad is utterly Barbaric! You need a gaming mouse, but still, the trackpad is very responsive.

The Acer Predator Helios 300 is one great beast, the hardware it comes with are one of the most powerful in gaming laptops. It features an Intel Core i7 7700HQ processor with four cores and 2.79 GHz base frequency which goes turbo up to 3.79 GHz. It also features 16GB RAM and 6GB video RAM from the powerful NVIDIA GTX 1060 GPU. 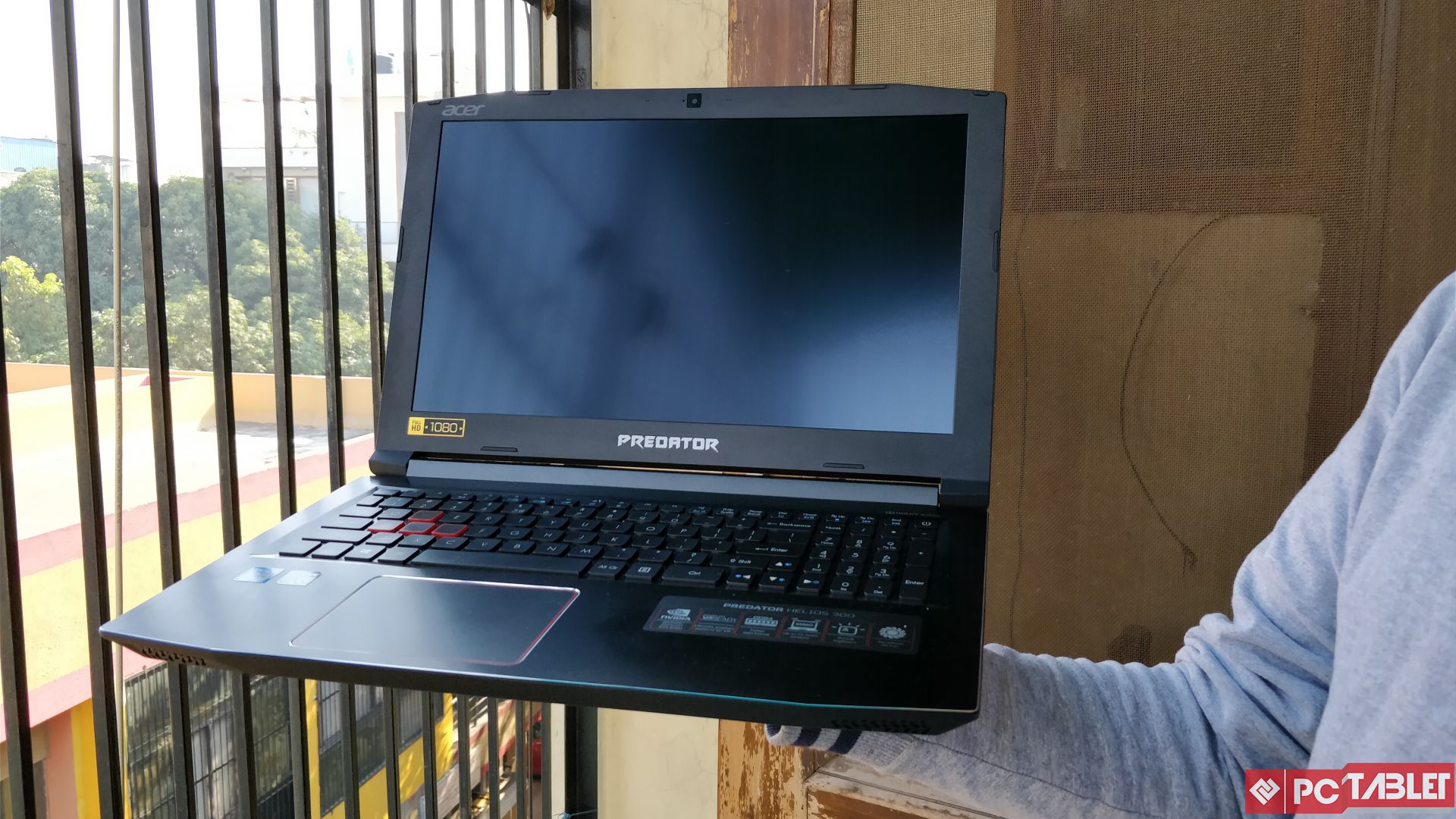 The display is 15.6 inches and is locked at 60 Hz refresh rate. It further features 1TB storage via the mechanical hard drive and 128GB SSD from Intel. This beast also comes with GPU overclocking feature and upgradable RAM with extra slots.

There is no doubt that the gaming is buttery smooth in this laptop but not most of the game reached the 60fps mark at max graphics settings. But before gaming results, you might want to know about the benchmarking scores of this beast, so here you go; Geekbench 4 gave this laptop a rating of 4036 for single core performance and 12749 for multi-core performance. 3DMark benchmarking software awarded a total score of 9911 at Fire Strike benchmark test.

Now coming to the games; the GTA 5 ran at 35 fps, Project Cars at 40 fps, Rise of the Tomb Raider ran at 45 fps (sometimes reached 60fps) ad The Evil Within 2 ran at 40 fps. All these frame rates are average frame rates, and these frame rates were recorded while playing these games with max graphics settings.

The laptop comes with a fan control utility, which automatically controls the fan speed according to the usage. There is also a manual setting but there is no need to touch it because the laptop automatically instantly adapts when the gaming starts. The laptop surprisingly stays cool at most of the places including the keyboard; only the near hinge part gets heated only when gaming for a long time.

The speaker is another fantastic feature on this laptop; the dual stereo speakers are provided at the bottom of the laptop which evenly distributes the sound and creates a surround effect. They are loud enough so you can play games or enjoy multimedia without plugging in your headphones every time. 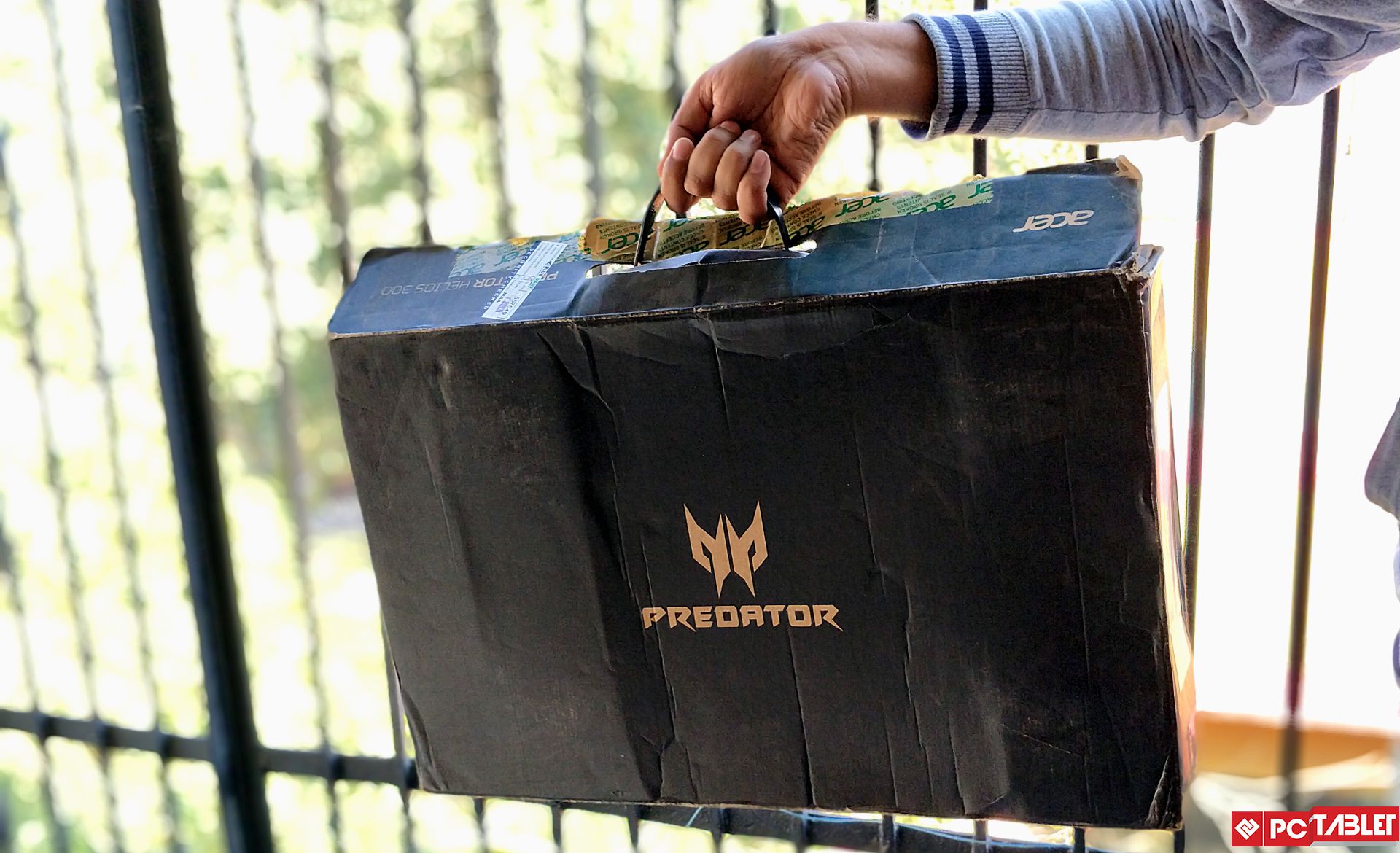 Acer Predator Helios 300 is a powerful laptop, and it is the only gaming laptop in the market with GPU overclocking. There are certain points where the laptop failed to impress, but all of these doesn’t affect the performance directly. Overall this laptop deserves every single penny and is a worth buying at this price. If you are a guy who only needs performance then this laptop is worth a pick, it is available for Rs. 1,30,000 on Amazon and Flipkart.