I’d like to start the review of YU Yutopia by saying, it’s the phone that runs hardware of tomorrow on the software of yesterday! Yes, that’s what I felt after trying the phone for last many days.

Let’s check out the box of the YU Yutopia first, it’s an all-black colored box with very smooth textured, which gives it pretty premium feel. The Yutopia logo is embossed right on the top of the box! The back is having most of the details which we are going to discuss later in this review. 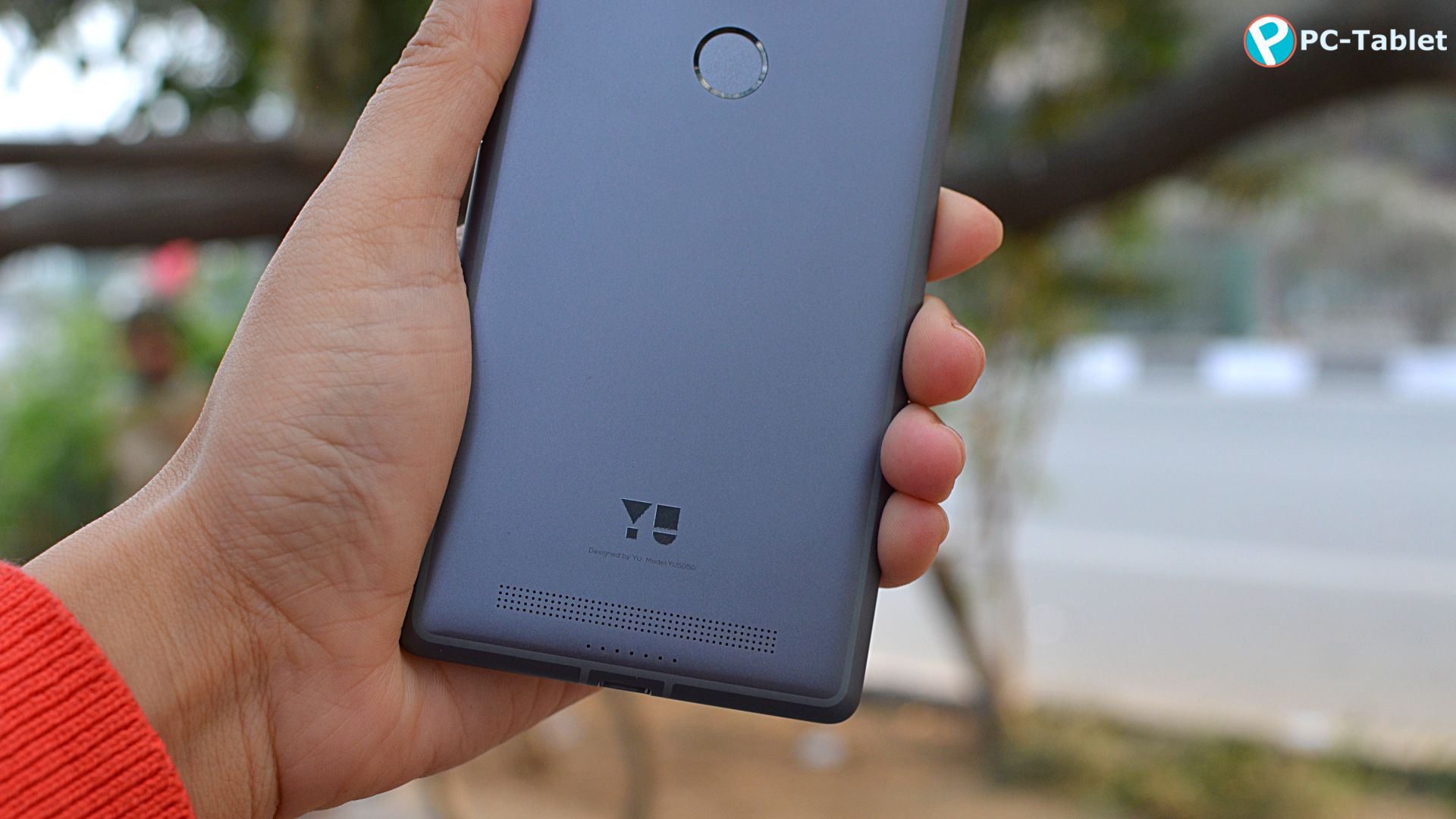 Starting with the Design and build, YU Yutopia boasts an all-metal unibody design, making it, solid, premium and comfortable for single-handed use. It’s made up of classy and premium design, borne of an alloy of Aluminum and Magnesium.

At the front, it has an 8-megapixel front facing camera and earpiece grill, accompanying proximity and ambient light sensors placed comfortably right above the display.

There are three capacitive touch buttons right below the screen. In addition, there is this notification LED at the bottom center of YU Yutopia’s display. 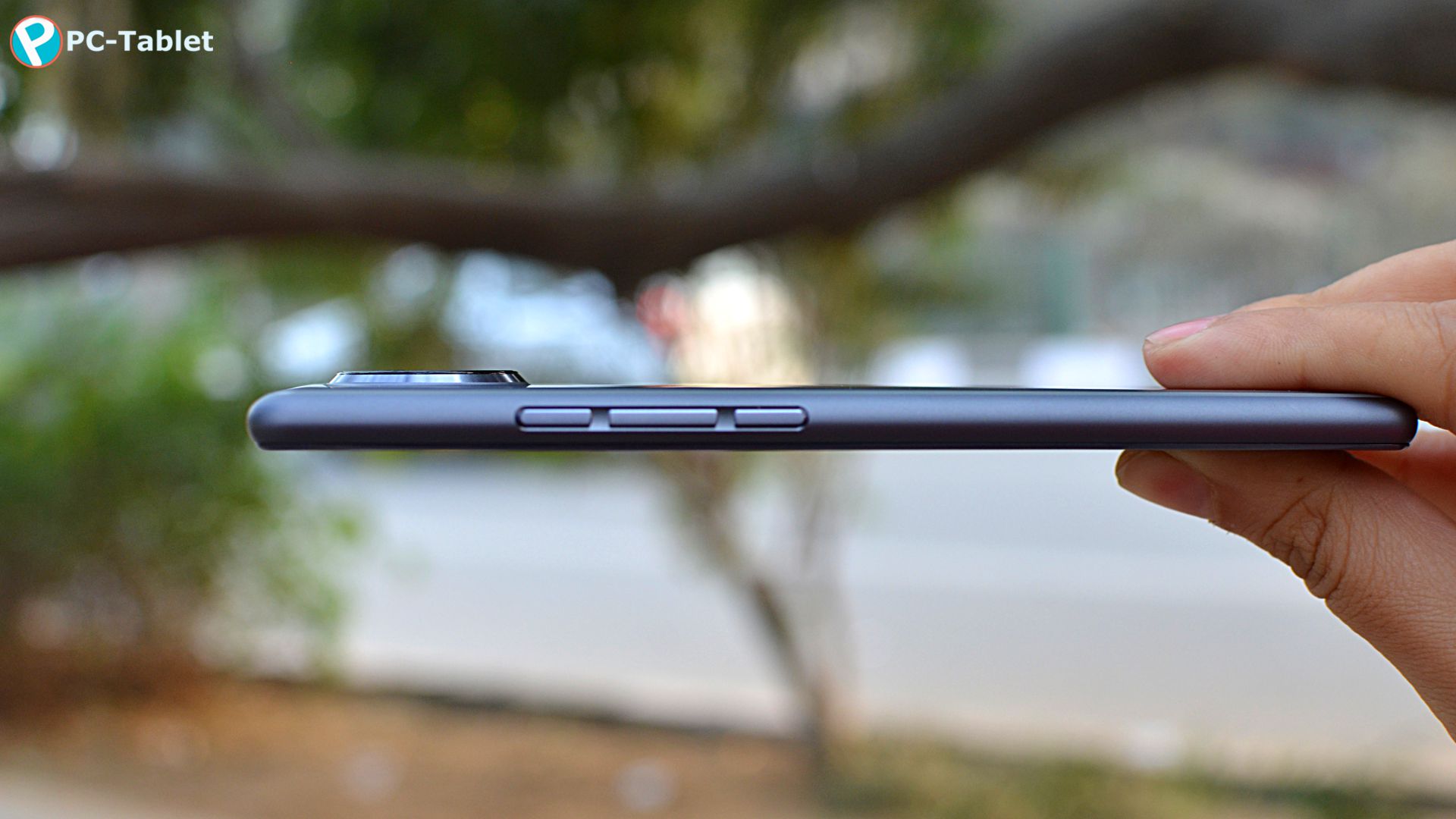 The power button is placed between two volume rocker keys on the right side, which is a very horrible position for a phone user, and if you’re using Android smartphones for quite a time now, you’ll end up pressing wrong keys most of the time.

Because regular Android smartphone users will often confuse the volume up key for the power button and vice versa. 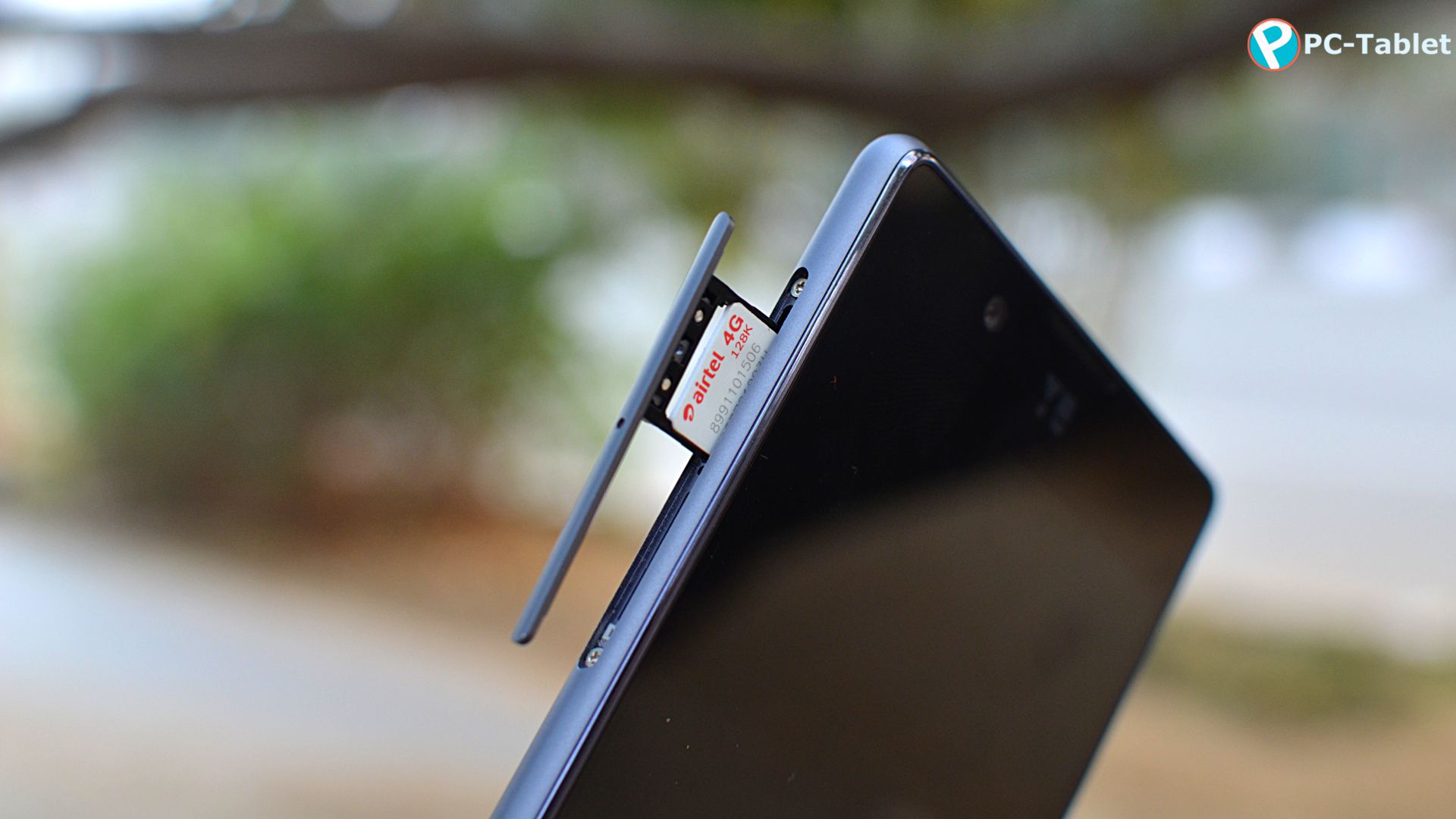 At the left side of the phone, you’ll find a hybrid SIM card slot, out of which the secondary SIM slot can be boosted up to a microSD card slot.

YU Yutopia is furnished with matte finish that leaves no room to fingerprints and smudges. At the back, you’ll find a big rounded 21-megapixel camera module alongside dual-LED flash, fingerprint scanner and loudspeaker grill at the bottom.

However, YU Yutopia comes only in a single grey color variant. 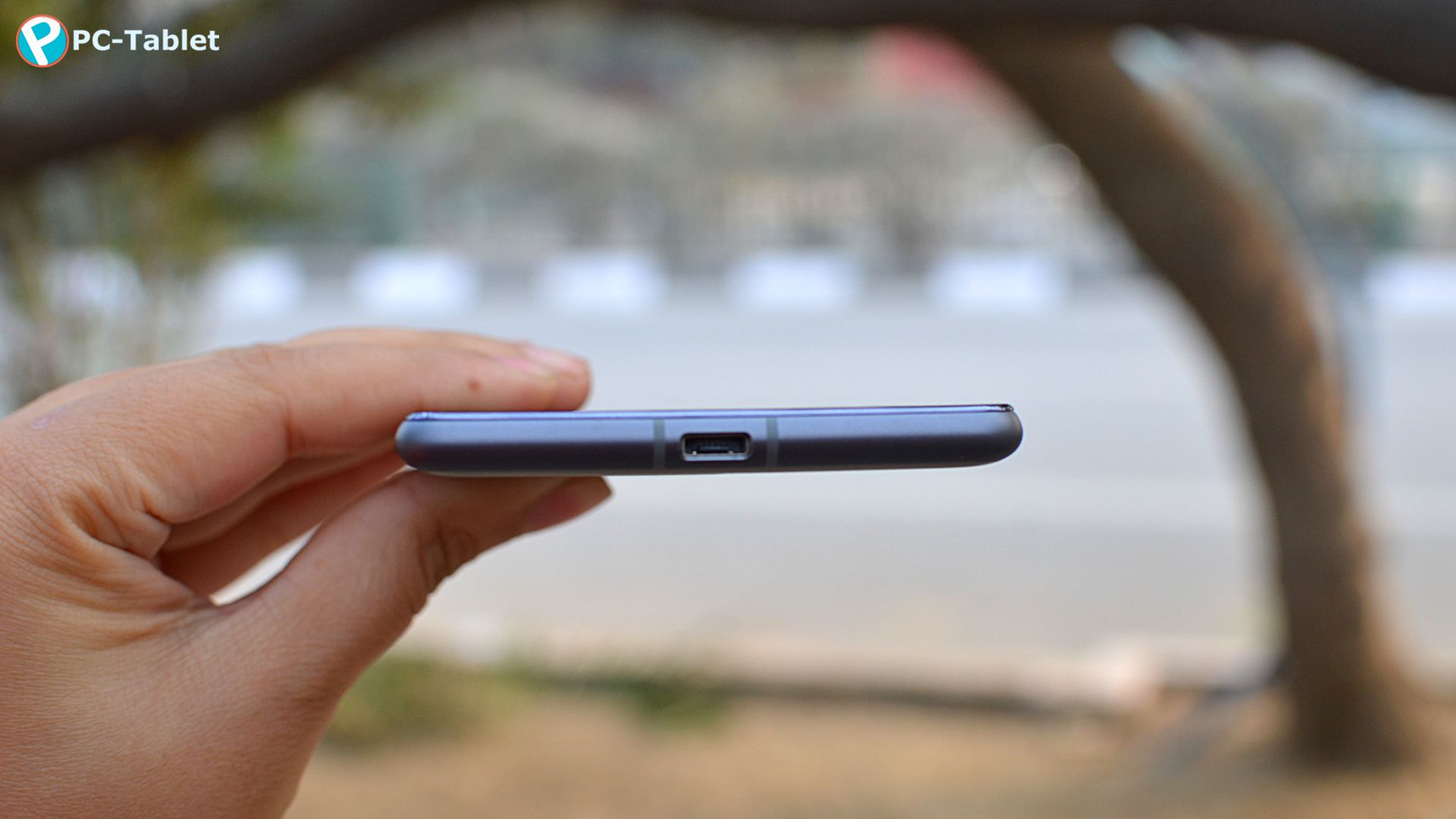 To setup a fingerprint lock, go to Settings > Lock screen & fingerprint > Manage fingerprints > Draw pattern (depending upon what you choose from PIN, password or pattern) > Add new fingerprint.

However, YU Yutopia is disastrous when it comes to fingerprint scanner.

As the fingerprint sensor on this phone is very inconsistent, it may or may not work during your experience.

I had an annoying experience dealing with the same. As the fingerprint sensor on this phone is very inconsistent, it may or may not work during your experience.

Half of the time it didn’t work well, and each time it stopped working, I ended up using the pattern lock to get onto the home screen.

YU Yutopia packs a 5.2-inch WQHD 2K panel with 2560 x 1440 screen resolution, 570 ppi pixel density and 69.9% screen-to-body ratio, which is far better than most of the Android phones currently available in market at similar price range.

The display on this phone is quite vivid and sharp, and color reproduction seems amazingly stunning.

It features Corning Concore Glass protection and 1000:1 Contrast Ratio, which apparently helped YU reducing the thickness on this flagship. However, the display is prone to attracting visible fingerprints and scratches due to its glossy reflective surface.

The bright sunlight mode in Yutopia makes the screen lit up somewhat more to visibility under direct Sunlight, and the display offers 178-degree of clear viewing angles.

The color reproduction seems close to natural, and 178-degree viewing angle makes the phone what it claims to be — Yes, flagship!

Although the brightness on this phone could have been somewhat higher particularly in bright outdoor conditions, however, it still offers an excellent sunlight legibility, attempting to minimize the disappointment among users and experts.

UPDATE: YU pushed a new firmware update to fix some issues. They stated,

Note: Users who are facing touch issue use this [FIX] for a better touch experience.

So, just check which version you have installed on your phone, and update it to the latest one. 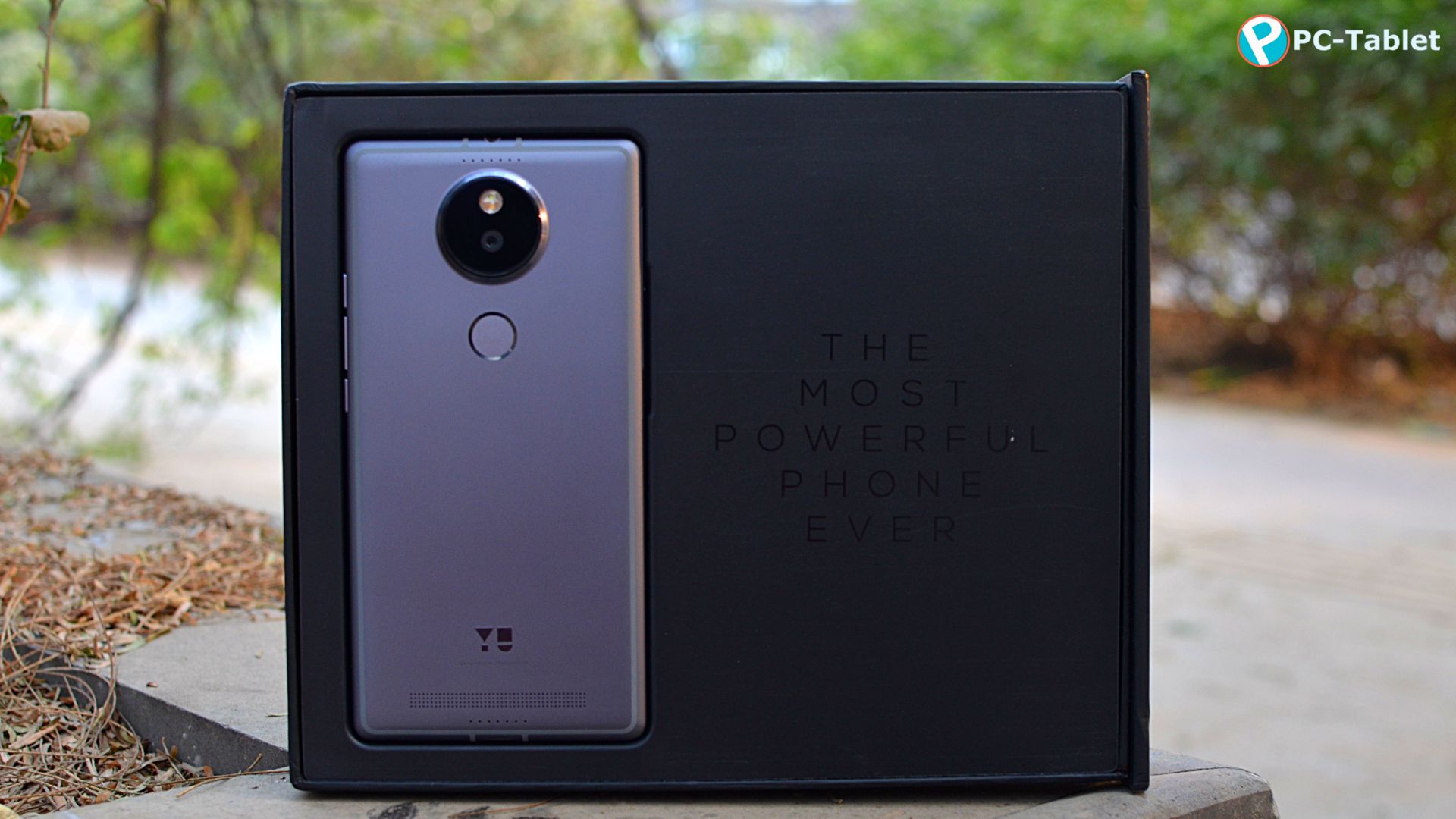 Despite running fully throttled powerful hardware, YU Yutopia performs below the belt due to its pathetic and sluggish Cyanogen 12.1 software.

However, the gaming performance was up to the mark upon tweaking down the graphics quality. 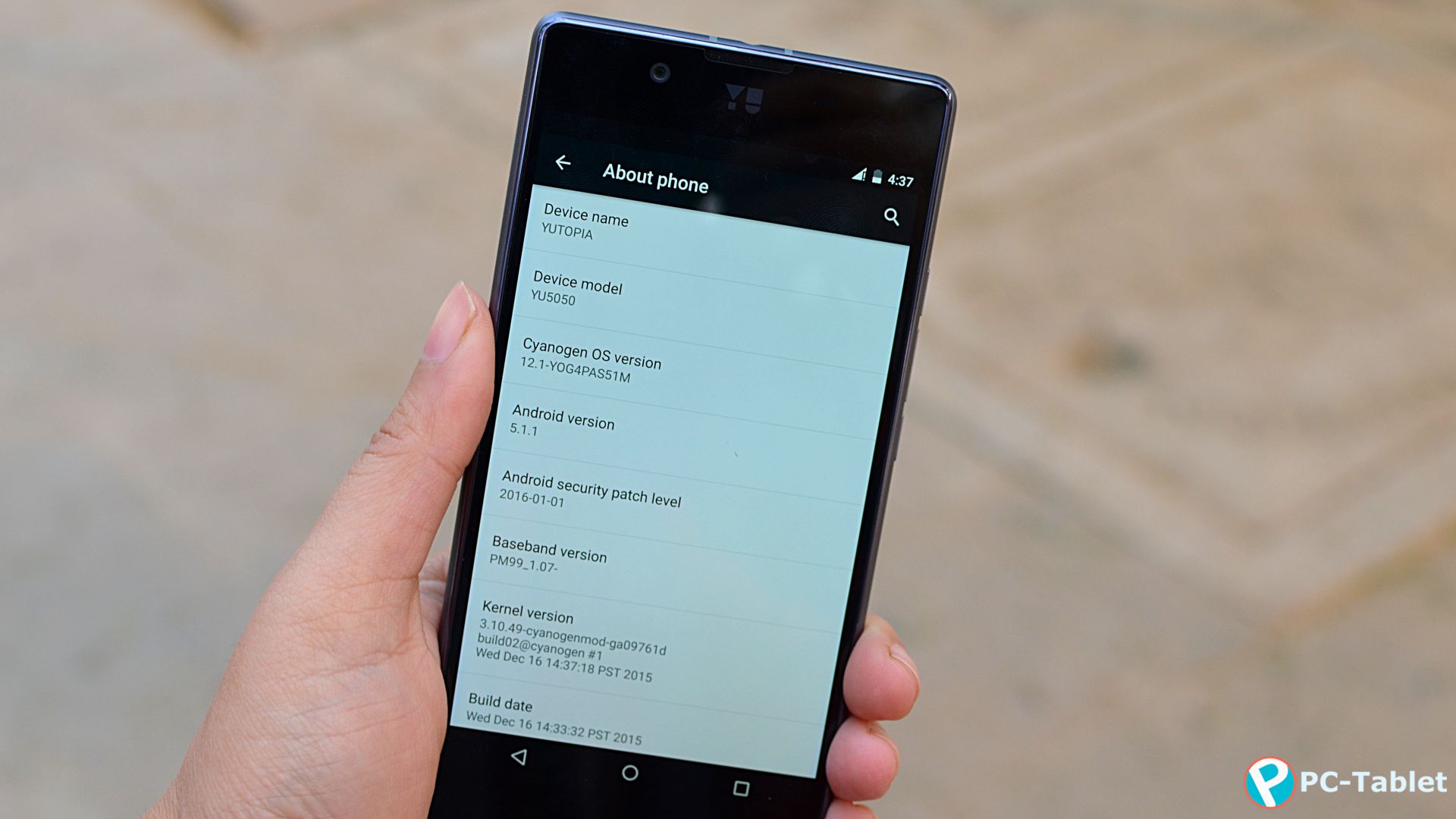 YU Yutopia runs Android 5.1-based Cyanogen OS 12.1 out-of-the-box. Unfortunately, the software debacle of Yutopia + Cyanogen collaboration needlessly makes it ‘the device of yesterday,’ despite it running fabulous set of hardware on top.

The UI crashes very frequently and things stop working all of a sudden. As soon as the software rollout took place back in November last year, we got in touch with YU after PC-Tablet readers cried out over the Cyanogen 12.1 issues in huge number.

Back then, YU team responded saying they’re working on these issues. Apparently, those issue haven’t been eliminated completely so far. 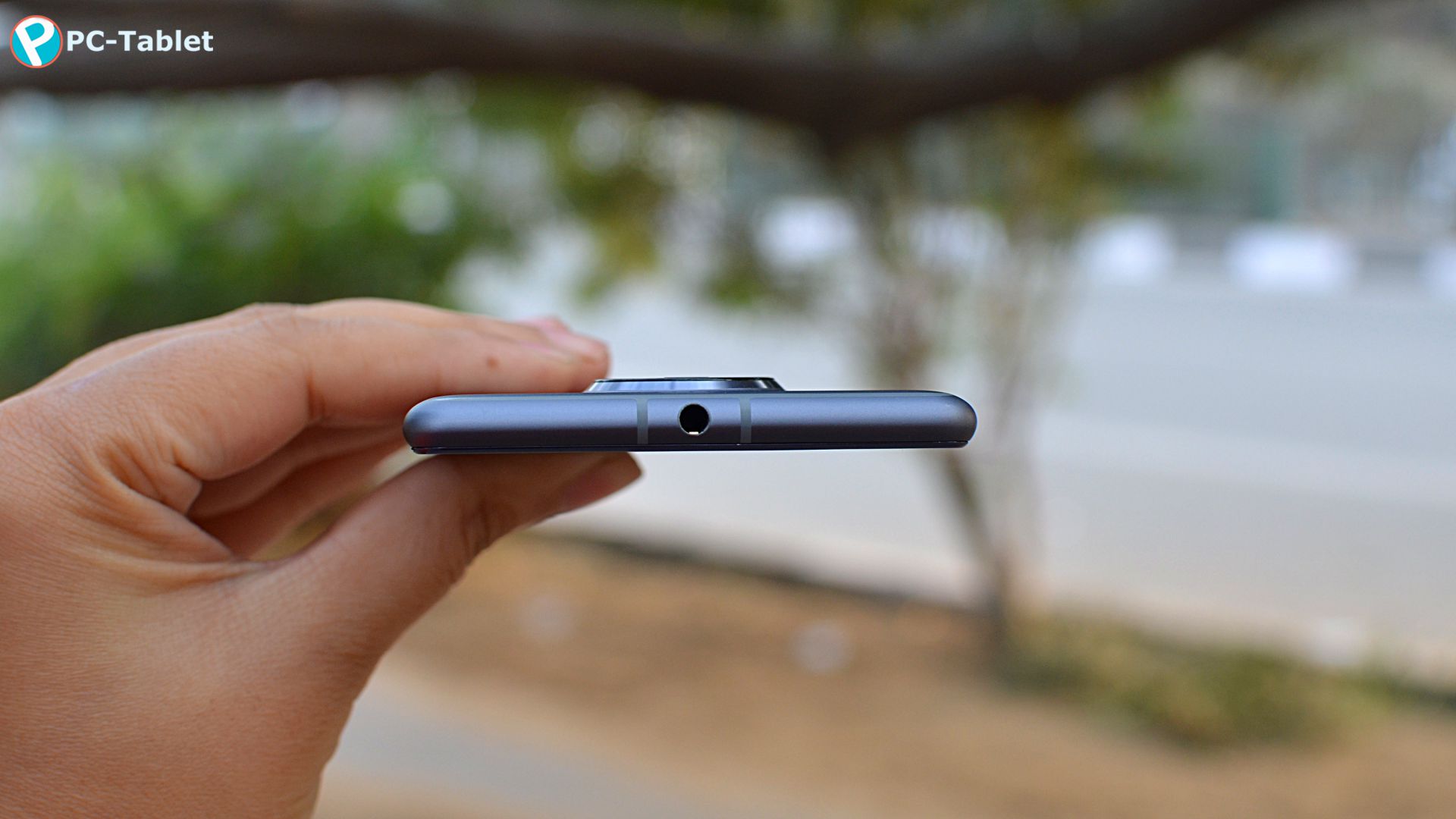 Audio FX is built-in equalizer app designed to work with Cyanogen OS. It allows users to filter out what type of audio they want to come out of the speakers. Similarly, YUniverse is Opera-based web browser — something which is normally found on all YU phones. Rest is pretty much basic Android only. 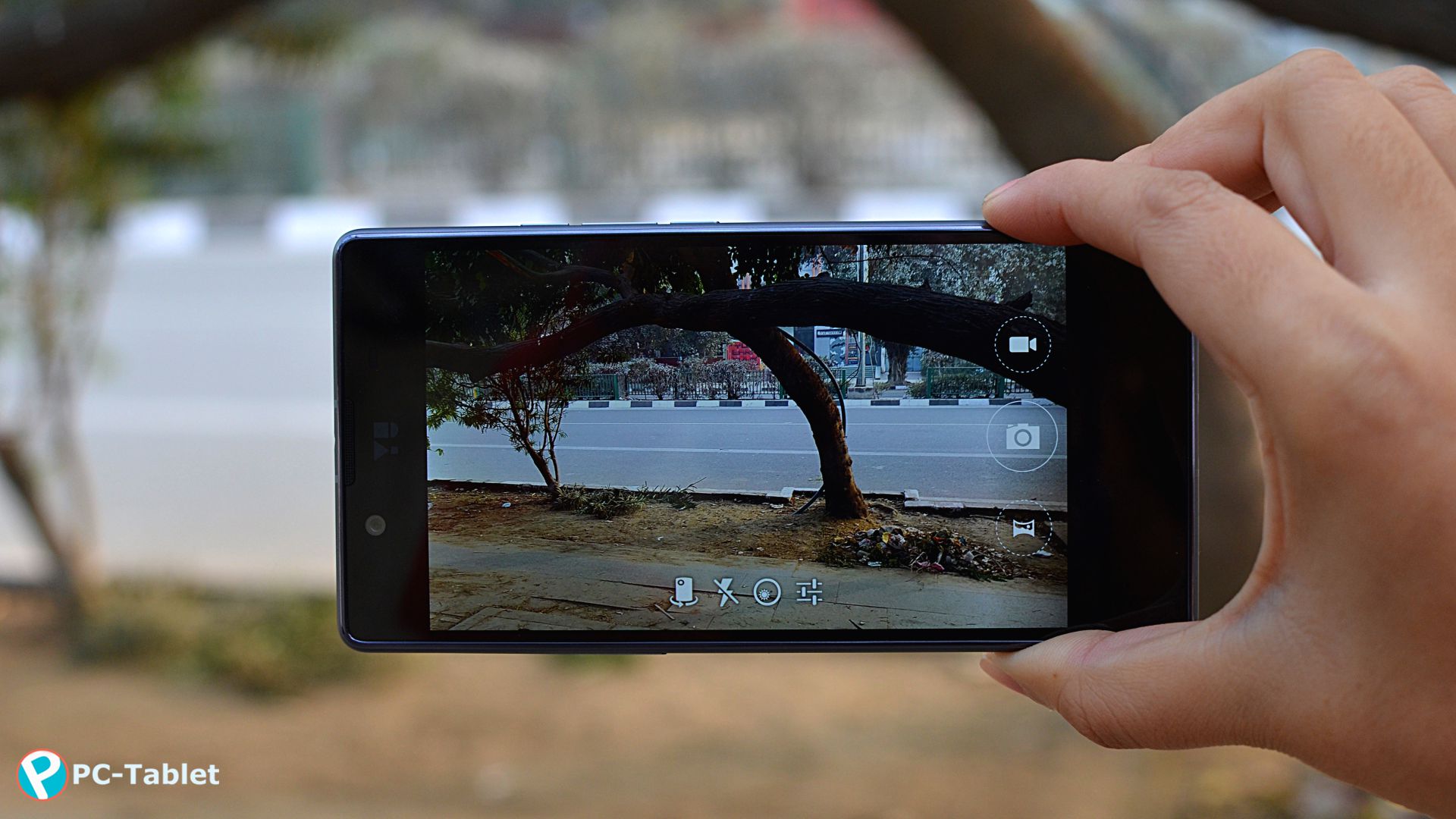 The rear camera is capable of taking good quality pictures in daylight conditions. However, the camera doesn’t produce the similar quality images in slightly darker conditions.

Surprisingly, the camera took a bit longer to focus even in brighter conditions and the shutter speed was observably very slow. The rear camera is also meant to record 4K UHD videos.

In addition, YU Yutopia has an 8-megapixel front-facing camera, which I found even more inconsistent compared to the rear camera. Although the front camera captured selfies with outstanding details, it numerously captured blurry images.

YU Yutopia comes equipped with a non-removable Li-Po 3000 mAh battery, which according to the company, charges the device from 0 to 60% in half an hour.

However, it took us 1 hour 54 minutes for the device to charge completely. Pretty Impressive!

Talking about the battery life, the phone easily survives a full-day on a moderate usage. However, if you keep on performing graphic intensive tasks for longer period, the battery will not perform up to the expectations. 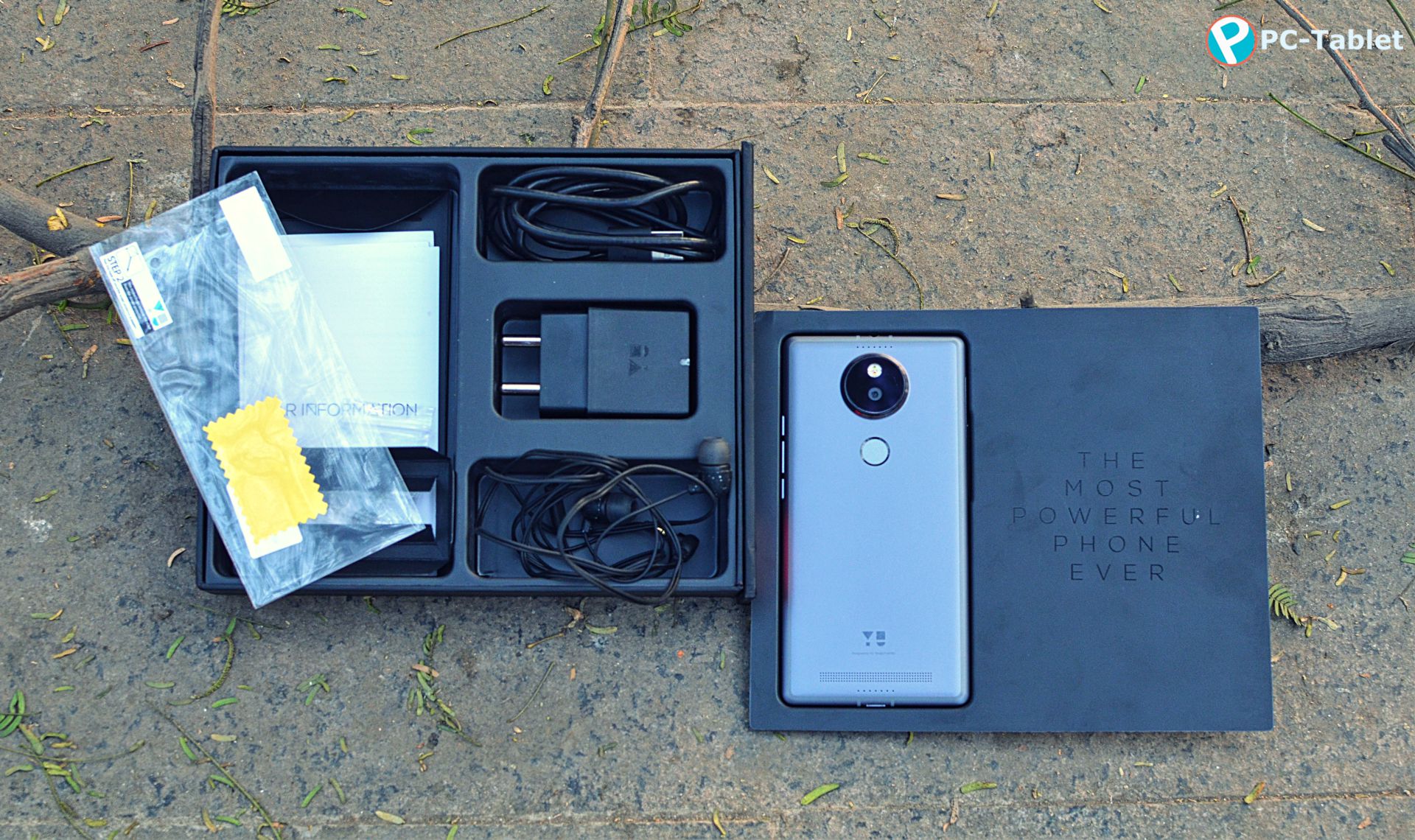 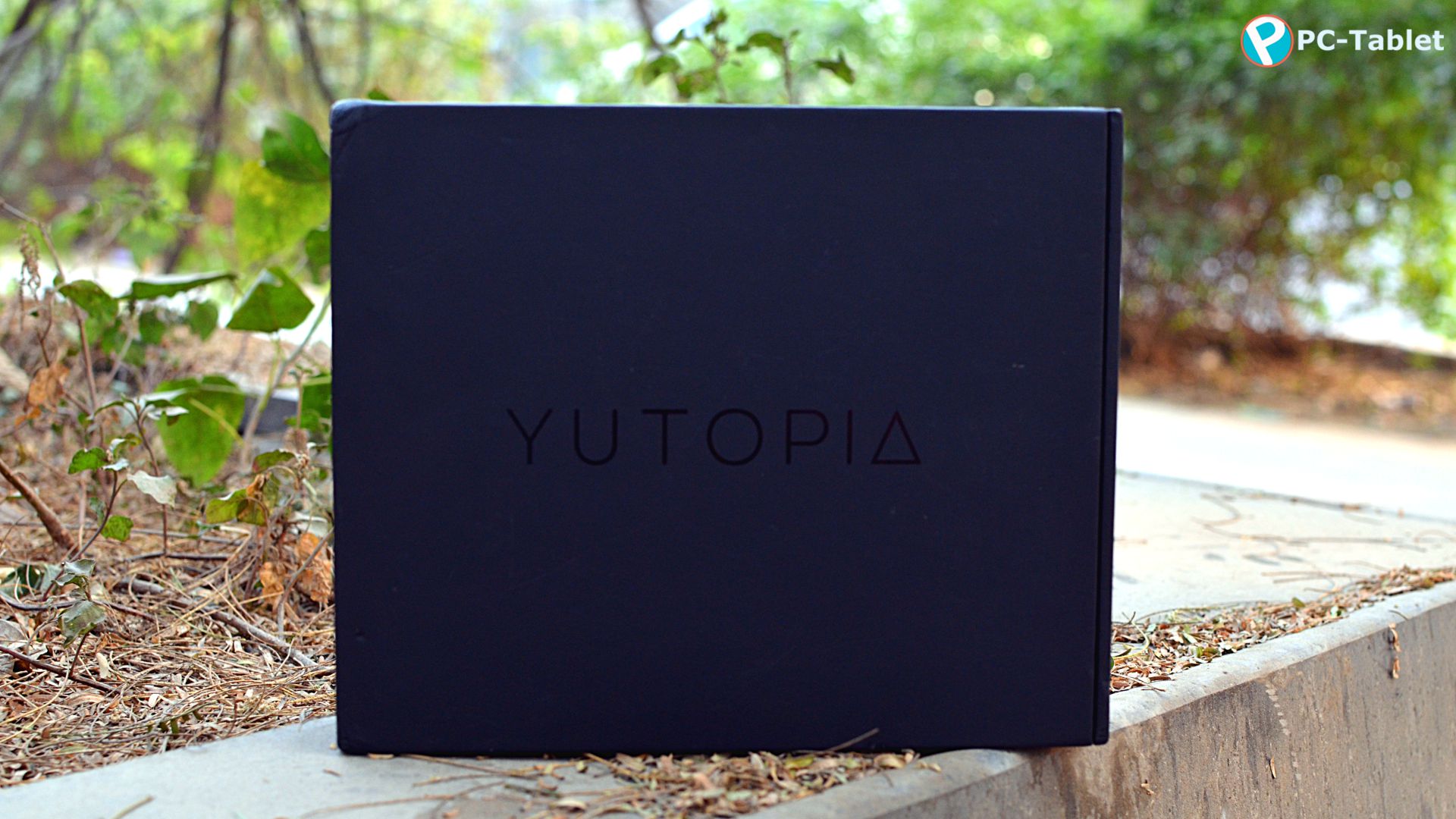 Good quality accessories, all metal body, light weight, 2K display, and Qualcomm Snapdragon 810 with 4GB RAM definitely makes it a worth buy at Rs. 24,999, but at the same time you don’t interact with the hardware, you interact with the software and it’s too buggy and unresponsive. Software issues can be fixed in future updates, but waiting for them to get fixed when other sound options available in the market doesn’t make any sense!

If you’re the one who can rely on future updates for bug fixes and improvements, Buy this phone! As it could be good for tomorrow, but not for today!