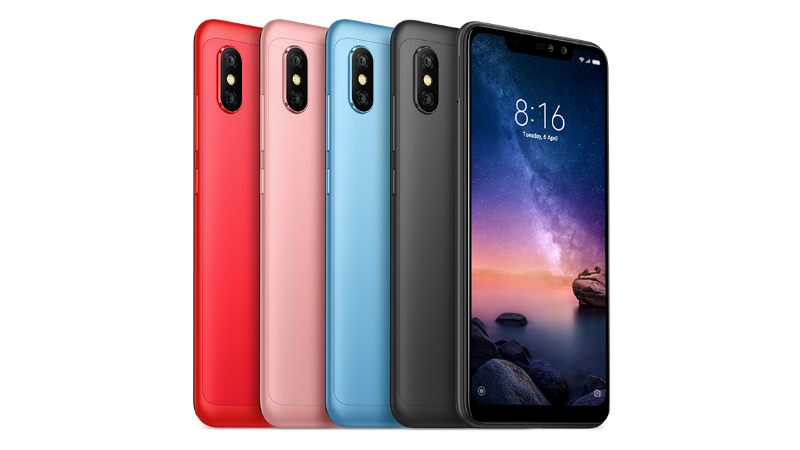 The Chinese smartphone maker Xiaomi has now confirmed the launch of Xiaomi Redmi Note 6 Pro in India, scheduled on Nov 22.

The company first teased the phone on its social media handles with the quote “The Note Rises” along with the launch date of 22.11.18 and an image which showcased multiple camera lenses bunched together, giving a clear hint for the Note 6 Pro (it bears quad cameras).

Soon after this, Manu Kumar Jain, MD, Xiaomi India and VP, Xiaomi Global confirmed in his tweet that the phone is none other than the Redmi Note 6 Pro. He also posted a countdown for the launch event.

Following the same, the e-commerce giant Flipkart too has now teased the device on its homepage with a poster that gives exact information about the sale date and time. As per it, the handset will be sold exclusively via Flipkart on Black Friday, i.e. 23rd of November at 12:00 PM IST.

Although the phone is yet to launch in China, it is already unwrapped in countries like Indonesia, Malaysia and Saudi Arabia.

This new Note 5 Pro successor brings in subtle but necessary key upgrades over its predecessor. The design remains the same for most of the part barring the addition of notch.

As for the specs, the Xiaomi Redmi Note 6 Pro sports a 6.26-inch IPS panel with a Full-HD+ resolution and a 19:9 aspect ratio.

Under the hood, it is powered by Qualcomm Snapdragon 636 SoC coupled with Adreno 509 GPU, 4/6GB of RAM and 64GB of internal storage which seems quite disappointing provided that the Note 5 Pro has same hardware.

In the optics department, the device gets a total of four cameras. The rear houses a primary 12-megapixel shooter with f/1.9 aperture, 1.4um pixels and dual-pixel PDAF, clubbed with a 5-megapixel secondary shooter for collecting depth information. Whereas the notch at front packs a 20-megapixel main selfie shooter with f/2.0 aperture and large 1.8um pixels accompanied by a 2-megapixel depth sensing unit.

As you’d expect, the Note 6 Pro boots Android 8.1 Oreo with MIUI layered on top. Furthermore, it draws its juice from a 4000mAh battery.

As far as the pricing is concerned, it is speculated that the handset would be priced around ₹15,000 for the base version in India. We also expect the company to unveil a few more devices during the event. Stay tuned.