Xiaomi has officially announced the launch of a new Redmi device probably Redmi Note 4 at a launch event to be held at Beijing National Convention Center on July 27, 2016. Additionally, the Chinese-based smartphone manufacturer is expected to launch Mi Notebook including Mi Note 2 Pro, Mi Note 2 and Mi 5S during the launch event.

Touted to be equipped with the first ever dual camera sensor from Xiaomi, the Redmi Note 4 will be manufactured using metal unibody with antenna bands on top and bottom of the device. Recently, an image supposed to be that of Redmi note 4 was leaked on Weibo with Redmi’s celebrity face Liu Haoran holding a new white colored Mi smartphone in a particular angle revealing all the significant details of the device.

If the leaked image is to be believed, the Redmi Note 4 will have volume rockers and the power/lock button sitting on the right side of the smartphone. Moreover, the new smartphone will not bear a fingerprint sensor on the rear side. 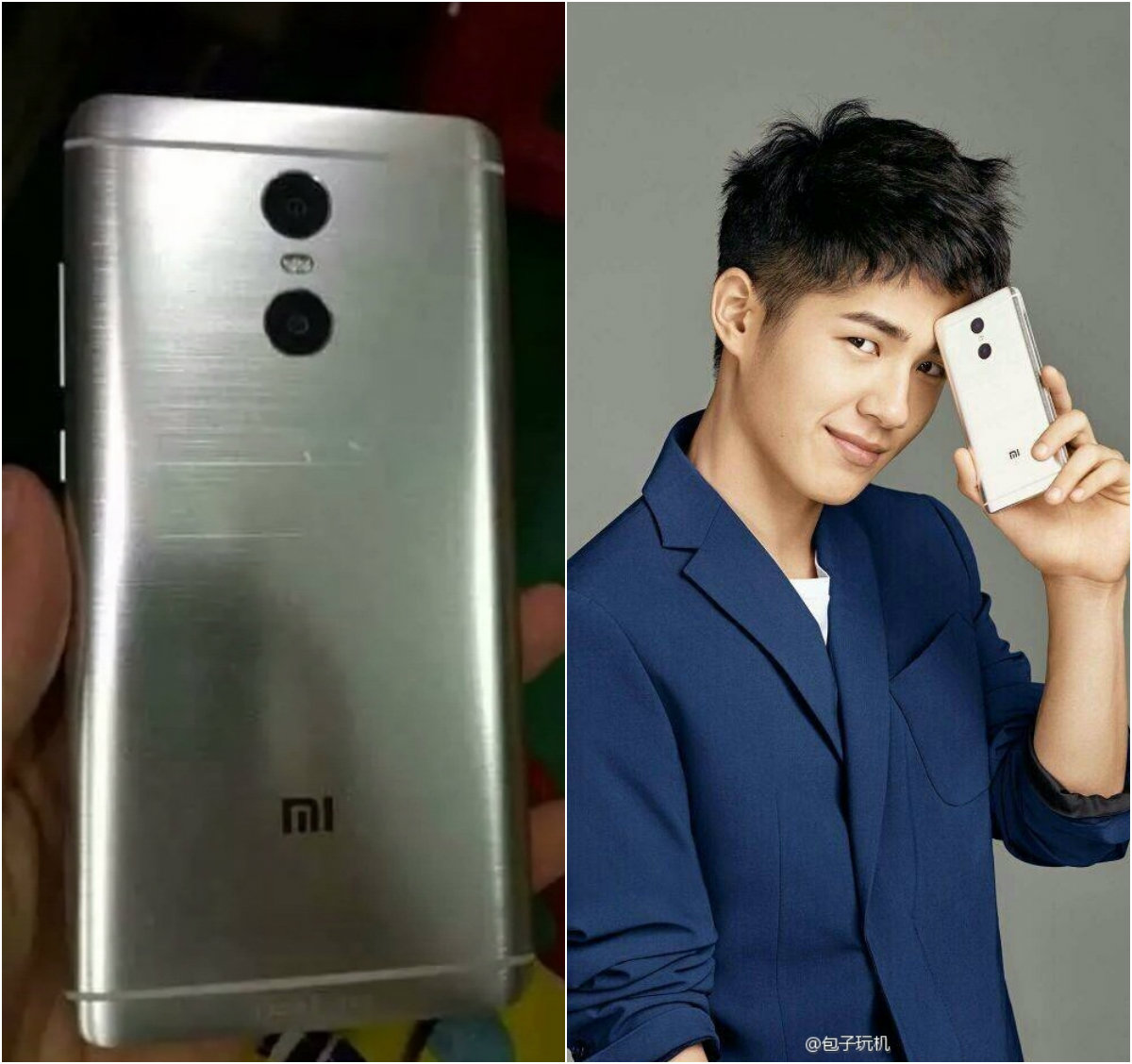 It is expected that Xiaomi has placed the fingerprint sensor integrated with the physical home button on the front. We are also unable to spot speaker grills on the bottom of the leaked device. We expect them to be placed either on the front or bottom side portion of the device to provide an enhanced audio experience.

On the specifications front, the Redmi Note 4 will feature a 5.5-inch FHD IPS display, Snapdragon 652 processor, 3GB RAM, and 16GB of internal storage. Moreover, the device will be loaded with MIUI 8 if the device goes for flash sale after August 20. Otherwise, you can expect MIUI 7 with assured update to MIUI 8.

During the launch event on July 27, Xiaomi is also expected to unveil Mi Notebook, which will be the first laptop from the smartphone major. According to rumors, the Mi Notebook is expected to be powered by Intel Atom processor and will be available in three display variants – 12.5-inch, 13.2-inch, and 15.6-inch. Manufactured in an ultra-slim design, the Mi Notebook will be loaded with Windows 10.

To recall, just after the release of Xiaomi Mi Pad in 2014, there were rumors about the launch of a Xiaomi Windows tablet of less than 8-inches.

The Mi Note 2 Pro, dubbed to be the successor to the Mi Note Pro launched in August 2015 will offer a 5.5-inch FHD AMOLED display, Snapdragon 821 processor, 12-megapixel rear camera and 3700mAh battery including fingerprint sensor on the front. Moreover, the device will be available in both 4GB of RAM with 64GB storage, and 6GB of RAM with 128GB of storage.

Xiaomi is also expected to launch the much awaited Xiaomi Mi Note 2 with 5.7-inch high resolution (2160 x 3840) paired with 773 PPI. Moreover, the device will be powered by Snapdragon 820 processor, Adreno 530 graphics, 16MP rear camera, 4MP front-facing snapper and 3600mAh battery with fast charging technology. It is expected that Xiaomi will release the device in three internal storage variants like 32GB, 64GB, and 128GB with 4GB and 6GB RAM.

If rumors are to be believed, Xiaomi will also launch Mi 5S on July 27 with dual lens camera and a bigger 5.5-inch display, Snapdragon 820 processor, and 6GB RAM. According to reports, the display will be more or less similar to that of a 3D Touch-like pressure sensitive system.

It’s yet not official, so readers are advised to take this information with a pinch of salt. Stay tuned to know about the Xiaomi event on July 27. We will bring you the latest and fastest updates from the event.