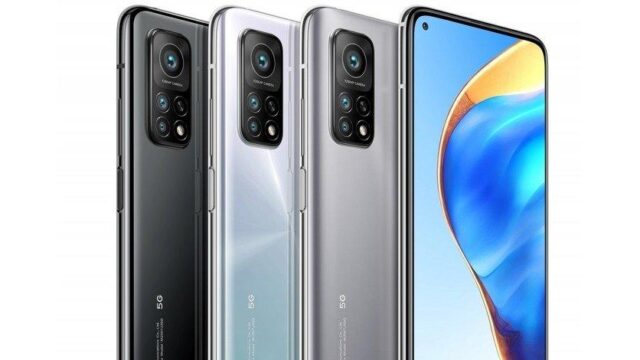 The Mi 10T series comprising of the base Mi 10T and the Mi 10T Pro has been launched in India. Both phones form the latest Xiaomi flagship offerings and come with class-leading specs including 5G connectivity but at affordable rates. Prices start at Rs. 35,999 for the model with 6 GB of RAM while the next higher model with 8 GB memory costs Rs. 39,999. Both models offer 128 GB of storage.

Coming to specs, both the Mi 10T and 10T Pro come with a 6.67-inch Full HD+ IPS LCD display with a max refresh rate of 144 Hz. The display has a peak brightness of 650 nits and comes with an adaptive refresh rate tech which can adjust the refresh rate dynamically between seven different settings depending on the application being used.

That apart, its typical flagship stuff under the hood, which includes a Snapdragon 865 chipset and Adreno 650 GPU combo making short of any processing task thrown at it. The native storage of 128 GB is standard across both models though memory varies from 6 GB on the base Mi 10T to 8 GB on the top-end 10T version. The 10T Pro is however available in a single version offering 8 GB RAM and 128 GB of storage.

There is some difference though between the Mi 10T and its Pro counterpart when it comes to cameras. For instance, the 10T Pro comes with a range-topping 108 MP f/1.69 Samsung HMX sensor at the back. The primary camera also boasts of optical image stabilization and autofocus features. Then there is a 13 MP ultra wide-angle lens as well, as is a 5 MP macro shooter. A 20 MP f/2.2 camera on the front serves as the selfie shooter.

With the Mi 10T, you also have a triple camera system but it’s a 64 MP Sony IMX682 that serves as the primary sensor. The rest of the camera features happens to be the same, which includes a 13 MP ultra wide-angle lens and a 5 MP macro camera. The front shooter too is the same 20 MP lens having f/2.2 aperture.

Power for both the phones come from a 5000 mAh battery that is supported by a 33 W fast charger. Both phones run the latest MIUI 12 based on Android 10. Connectivity options include 5G, 4G VoLTE, Wi-Fi 6, Bluetooth 5.1, EDGE, GPRS, GPS, and NFC. There is a USB Type C jack as well while a side-mounted fingerprint sensor allows for user authentication.

Pre-orders for both the Mi 10T and the 10T Pro are currently being accepted at Flipkart and Mi.com. Check out for exciting launch offers, discounts, cashback, and other freebies.