Beijing – The China-based tech giant, Xiaomi Inc., which is also the world’s third largest smartphone maker, is currently working on an affordable Notebook, which is expected to be launched in year 2016 and will mimic Apple’s MacBook Air.

Xiaomi is currently developing this device in partnership with Foxconn Electronics and ODM partners Inventec.

According to sources, Xiaomi will be using the same strategy for its forthcoming Notebook, just like it uses in its smartphones i.e. introducing Notebook with high performance at lower price. Many sources from mass production unit also specified that schedule date for Notebooks mass production has not been confirmed yet.

It is rumored that Xiaomi will go with a 15-inch notebook, which will be running on Linux as base OS. China’s leading tech website, GizmoChina has leaked the images of Xiaomi’s upcoming Notebook that shows fair resemblance with Apple MacBook Air.

In terms of specs and features leaked by GizmoChina, Xiaomi’s Notebook will consist of a 15-inch Full HD display and will be powered by Intel Core i7-4500U chip.

Further, Xiaomi Notebook will be having two 8GB module making total RAM to 16GB. Whereas, the price is expected to be somewhere near $499 (Rs. 32,000 approx.). 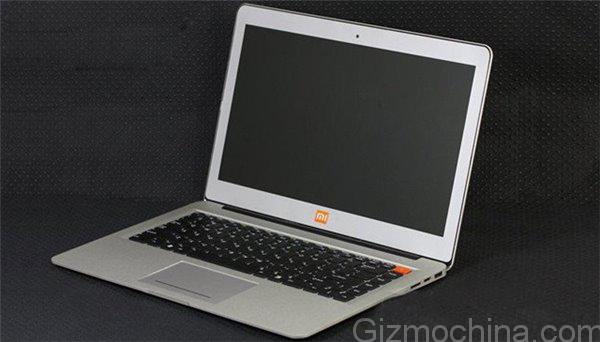 Lenovo and Apple Inc., who are selling their Notebook at a price of Rs. 41,000 and Rs. 65,000 respectively, are expected to be affected most by Xiaomi’s future release. Lenovo, which holds 20% – 25% share of the world’s Notebook market will be impacted the most.

Xiaomi is also a successful company in India and has recently launched its first smartphone for Prime Minister’s ‘Make in India’ initiative called Redmi 2 Prime.

It is also rumored by many Chinese analysts that Xiaomi could be working on a tablet running on Microsoft Windows 10 as well.