Home News World Heritage Day 2016: How technology can help us in conserving our... 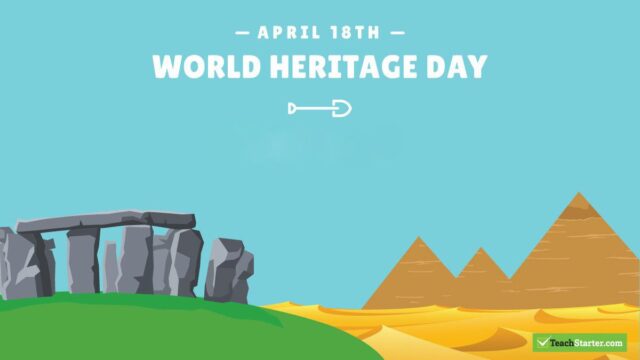 18th April was established as the ICOMOS International Day on Monuments and Sites better known as the World Heritage Day in 1983, by UNESCO. The chief aim of this day is to make the people aware of the diversity and vulnerability of the monuments and heritage sites across the world and the efforts required to protect and conserve them.

With the improvement in science and technology, there is a ray of hope as to how we can preserve the monuments and our heritage. Yes, science has grown by leaps and bounds, but nothing can bring back our heritage once it’s damaged beyond recovery. This can be done in three ways – by structural conservation, digitizing heritage materials and awareness programs. So, we should use the tools available to us for restoring the monuments to their former state.

The monuments which have degraded over time or have been destroyed in warfare like the Bamiyan Buddhas in Afghanistan has once stood proudly on the face of this Earth.

People had visited the Bamiyan Buddhas before the Taliban blew it up in 2001 and had taken pictures of them from different perspectives. These pictures are available easily on the World Wide Web and with images from a drone, surveillance preservationists are creating a complete database of these monuments.

With vast improvements in the field of software development, preservationists can use techniques like used photogrammetry among other techniques to digitally reconstruct the destroyed monuments like the Bamiyan Buddhas. Dr. Fabio Remondino of the Bruno Kessler Foundation in Trento, Italy was the main person behind this phenomenal task.

The Taliban incident has prompted many non-governmental as well as government organizations to 3D scan these monuments and digitally store the data to be used in the future for digital reconstruction. The data from these 3D scans will make the job of virtual reconstruction easier as compared to the ones done from scratch using pictures taken by people.

One such example is CyArk. This nonprofit organization is the world’s leading digital cultural heritage archive which has been archiving some of the most important historic places across the world since 2003. CyArk is responsible for the meticulous reconstruction of the timber pagoda atop the gate in Sungnyemun.

“CyArk operates internationally as a non-profit organization with the mission of using new technologies to create a free, 3D online library of the world’s cultural heritage sites before they are lost to natural disasters, destroyed by human aggression or ravaged by the passage of time.”

3D Printing has developed by leaps and bounds over the last few years, and different companies are now using various materials ranging from electroconductive materials to polycarbonate to print the desired object.

3D printing can be used to print the destroyed or degrading part of a built to restore the monument to its former glory in a physical manner. There will be an exact reproduction in terms of color and design. The 3D scan data can be used to 3D print the damaged parts and can be later assembled at the site. They can also be used to duplicate pieces and kept in various museums across the world. This will help in educating people more about our rich cultural heritage.

One such story is the of a repair job of a 3,300 years old 2-foot-long ceramic lion from a temple in long-ago Nuzi. This high-tech project is taking place at Harvard’s Semitic Museum.

Internet of Historical Things with VR and AR:

EU’s DigiArt project and Cyark has done an excellent job in creating a 3D library of the world’s cultural heritage sites, using cutting edge technology like a combination of lasers and computer modeling software. Experts can tap into this database to restore the Heritage Sites at a virtual level. Yes, the monuments and the artifacts might be lost in the course of time, but the future generation can have the taste of our heritage.

The development of VR headsets on a large scale, cultural institutions are uniquely placed to take advantage of them. Though the museums are surrounded by history and tradition they can the help of cutting edge technology to create “Virtual Museums” or “Virtual Heritage Sites”. While VR headsets can give the viewers a detailed tour Augmented Reality headsets like the Microsoft HoloLens can serve as guides and interact with the “Digital Visitors”.

With vast amounts of data comes the great need for storage. Storage which takes up less space and can store data for a long span of time.

Few years ago, this was a dream. But scientists have finally cracked the code how to save and preserve all those millions of ones and zeros that are generated every day. The solution comes from a group of researchers at the University of Southampton – a 5D digital data disc capable of storing 360 TB of data for approximately 13.8 billion years.

One of the researchers, Peter G. Kazansky said, “It is thrilling to think that we have created the technology to preserve documents and information and store it in space for future generations. This technology can secure the last evidence of our civilisation: all we’ve learnt will not be forgotten.”

Not only can this superb piece of technology can store obscene amounts of data it can withstand temperatures up to 1,000 degrees centigrade. Thus, it’ll be successful in storing a digital version of our heritage safely!

This is how technology can help us preserve our rich, cultural heritage. But, we also need to do our part by contributing to reduce pollution, especially air pollution by using electric cars instead of cars which run on petrol or diesel. So, are you ready to do your bit? Drop in your views in the comment section below.