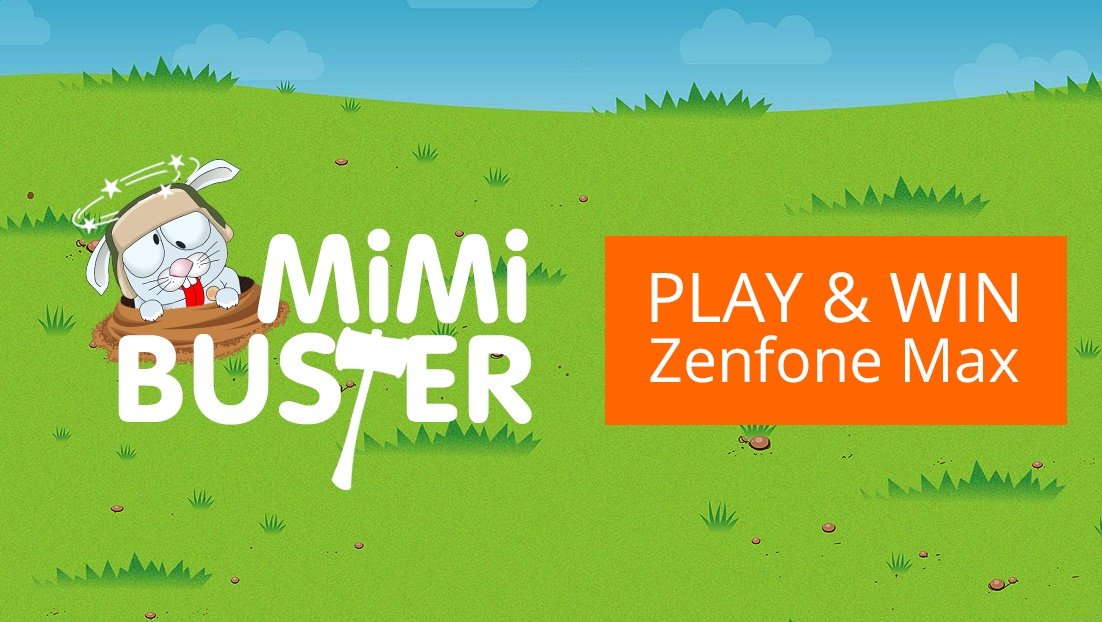 Asus is now offering free ZenFone Max smartphone gifts alongside free gift vouchers worth Rs. 1000 and free Asus Zenny pen drives. Asus recently came up with MiMi Buster game that gauges how fast you work with the computer by prompting you to hit the hammer displayed against each rabbit. Hence, Asus is giving away thank you gifts, presents to participants.

If you think you can easily play and finish the game, then you are wrong. The hammers will be shown very fast and vanished before you hover your mouse over them. Hence, you need to be real quick in finishing the game.

To complete the game, you will have 60 seconds and the window will also display the number of MiMi’s you have successfully busted. The winners will be decided based on the overall points scored by all the players at the end of the game.

Asus MiMi Buster revolves around ArrabMi, who is said to be a scientist who worked day and night by performing various kind of experiments on living creatures, which received a lot of support from villagers. One day, LOLster, one of his neighbours brings a rabbit eating a carrot and ArrabMi decides to create a rabbit who can fly around.

Even before ArrabMi decides to work on the project, he names the proposed rabbit as MiMi because the work involves a lot of friction.

During the middle of the project, MiMi starts showing his real character with all kind of nuisance, madness. Ultimately, MiMi escapes into the wild jungles in the darkness and as a result, villagers are afraid to sleep even peacefully.

According to Asus, you need to do something to stop the rabbit from behaving abnormally and hence the idea of a buster game evolved. Asus MiMi Buster game is also compatible with smartphones and tablets where you need to tap on the hammer to bust rabbits.