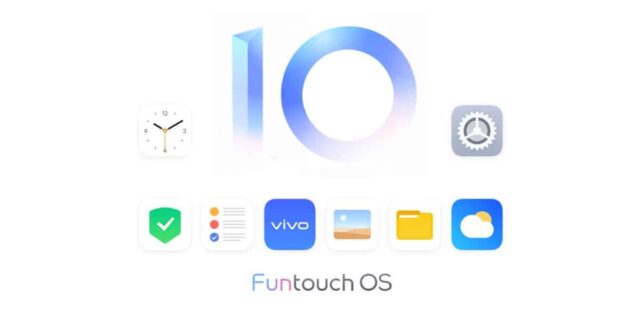 Vivo is one of the major smartphone giants in the industry. However, it’s not really known for software updates. Now, the company initially planned for the beta testing phase of FunTouch OS 10 based Android 10 update in February. However, the same was postponed due to the COVID-19 Coronavirus outbreak. And now, Vivo has revised its schedule and published a new Android 10 update roadmap.

For starters, the FuncTouch OS 10 was first unveiled back in December 2019. The new version is based on Google’s latest Android 10 and packs new features, accompanied by visual changes. However, there has been a significant delay in the public rollout, given the fact that Google will unveil its Android 11 within a few months.

As per the new FunTouch OS 10 update roadmap, Vivo NEX 3 and Vivo NEX 3 5G would be one of the first devices to get the update starting March 14. Note that it’ll be a public beta release for only 4,000 users who will have to register first.

Moving further, the company will roll out Android 10 public beta for Vivo X27 and Vivo X27 Pro in late March. As of now, there’s no official word with regards to the schedule for Vivo X30 and X30 Pro.

The next devices in the line are Vivo NEX S, NEX A, NEX-A with an in-display fingerprint sensor, and NEX Dual Display, scheduled for early April. The Vivo S5 will be treated in mid-April, followed by Vivo Z5, Z5i, Z5x, Vivo S1, and S1 Pro by the end of the month. Users having other devices like Vivo Z3, Z3i, and X23 will have to wait till late June for some reason.

The update will bring some nifty changes and additions to the existing FunTouch OS 9. You’ll get a dedicated dark mode, gestural navigation 3.0, and better privacy controls. The new update will also bring in an enhanced user interface, optimised sidebar, smoother animations, and new icons, amongst others.

Do note that the Android 10 public beta schedule is meant for the company’s domestic market, i.e. China. And it’s evident for other regions to suffer from a significant delay. Anyways, you can head to Settings > System update to check for the latest updates on your Vivo smartphone.