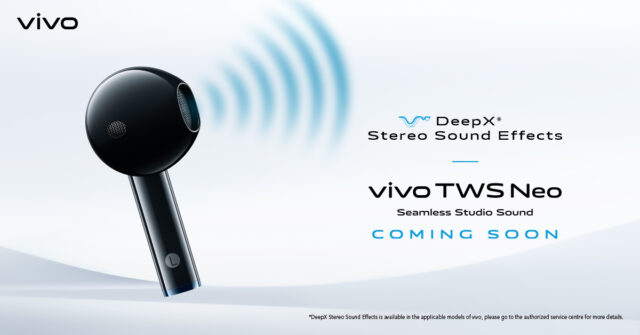 Vivo is the newest company to join the burgeoning truly wireless earbuds (TWS) segment in India that has been witnessing a steady stream of new wireless earbud launches off late. The company said they would be launching its product soon, which will also mark its entry in the IoT space as well. What that means is there likely is going to be more connected devices up for launch later on.

But for now, Vivo seems not too keen to reveal all about the upcoming TWS Neo, except that it will feature DeepX stereo, besides relying heavily on AI technologies. The company said this would ensure listeners will have a truly immersive and fulfilling listening experience.