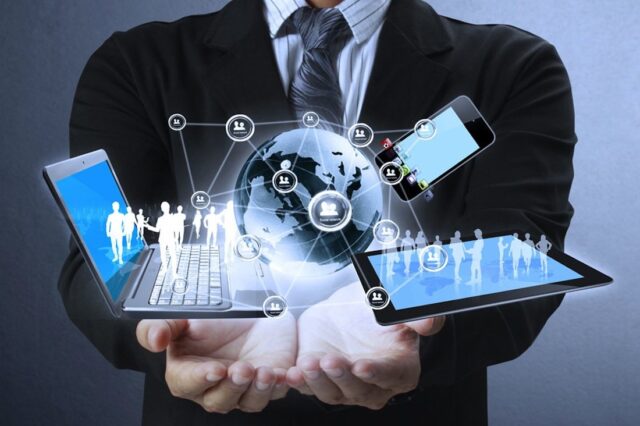 Arun Jaitley, Finance Minister under the leadership of Narendra Modi, presented his third union budget for the fiscal year 2016-2017 on February 29. While the budget lays emphasis on agriculture, taxation, and social welfare, it also provides the required impetus for technology and startup arena.

As the first step in this direction, Jaitley said that the Government of India will soon update the Companies Act to simplify the registration of new start-ups and also to complete the required procedures within one day.

We reached out to several industry leaders to garner their reactions on the union budget:

For Rajesh Bansal, Director, Fenda Audio, the union budget has stood up to his company’s expected lines. Bansal revealed that the budget was well aligned to fulfill the vision of Prime Minister Narendra Modi’s Make in India initiatives by restructuring import duty and also be introducing incentives. Moreover, the decision to invoke 100 percent tax-free structure for those startups who work in tandem with the Make in India initiative is a welcome move. The Pre-emptive taxation policy for small business is an excellent way of encouraging self-employment among jobless individuals. Bansal also outlined that Infra-cess on Petrol, Diesel cars and SUV’s will in long term help to curb the menace of air pollution.

According to Kiran Murthi, who heads the e-commerce company AskmeBazaar.com, the union budget is business friendly which encourages young talents to contribute towards nation development by establishing small enterprises. The allocation of Rs. 500 crore for SC/ST & Women entrepreneurs is a step in right direction. Murthi also outlined that 100 per cent tax exemption for three years for start-ups is a good way of encouraging talents from going aboard. He revealed that the reforms in the budget would undoubtedly promote entrepreneurship and encourage start-ups. Moreover, the finance minister’s continued quest to roll out GST shows his positive mindset, which will ultimately lead to healthy economic growth in the country.

According to Vinu Cheriyan, CFO & Director Operations at Sennheiser Electronics India the abolishing of separate Tariff for Wireless Microphones (85255050) to bring all microphones under 8518000 is a welcome move. Cheriyan further reveals that the budget doesn’t have any proposals to hike Indirect Tax rates till GST is implemented and hence, this will send a positive signal to investors. Meanwhile, Cheriyan declined to comment when asked about electronic marketplace segment and said that he need to go through the budget papers before commenting further on the matter. He disclosed that the budget provided enormous relief for both corporates and salaried employees due to the various tax relief measures outlined in the budget.

Commenting about the Union Budget, Anirudh Dhoot, Director, Videocon said that the finance minister has presented a balanced budget with a particular focus on infrastructure and agriculture sectors. The proposed decrease in corporate tax for new manufacturing units at 25 percent will promote industrial activity and generate jobs. Moreover, the changes in customs duty will provide a much-needed boost to Make in India initiatives, aimed at improving the overall business environment.

According to a joint statement issued by Kenny Ye (UCWeb India) and Nigel Eastwood (New Call Telecom), the record digitization plan and digital literacy mission scheme will provide a significant boost to the Digital India campaign. The budget has several proposals to refresh entrepreneurship training, higher education, and skills development. However, the reduction in corporate tax to select companies is a negative step although it can be addressed during the debate in Parliament. The relevant measures to reduce tax hassles and address disputes including a tax exemption for Start-ups, amendments to Companies Act and allocation for Stand-up India scheme is a welcome initiative.

Sudhin Mathur, who heads the Lenovo Mobile Business Group, said that the rationalization of customs duties and excise duties on raw materials will undoubtedly boost the manufacturing sector and lower costs for firms looking to do business in India. Moreover, passing on duty differential benefits to components and accessories is a clear indication of aggressive promotion of Make in India. Even though the proposals will help domestic component manufacturers in the long term, there will be a marginal increase in the cost of handsets due to the higher cost of imported accessories.

The proposed 100 percent tax exemption for start-ups for three years is a good call by the government. We can expect the emergence of new start-ups in India over the next few months and thereby creating more jobs, says Altaf Halde, Managing Director – South Asia, Kaspersky Lab. Halde also hails the announcement of digital literacy scheme to cover six crore additional rural households.

Even though Rajesh Agarwal, Co-Founder, Micromax Informatics lauded the budget proposals such as digital literacy scheme and tax exemption, he said his company expected a lot from Jaitley for the electronic manufacturing industry. While the budget reduces excise duty on inputs, parts and components, subparts for the manufacture of charger/adapter, and battery, the proposal to exempt wired headsets/speakers of mobile phone from the current 12.5 percent to nil is a step in right direction, adds Agarwal. He also disclosed that these proposals will motivate local companies to manufacture components in India itself. Agarwal said that his company expected the government to introduce regulatory restrictions for ETA (Equipment Type Approval) and licensing requirements from DOT to import low powered wireless equipment. He further outlined that these two points are critical to the success of Digital India and Make in India. Moreover, Micromax expected the launch of a framework to predict time frame to complete CRS formalities to comply nation’s product safety standards in addition to the introduction of income tax holiday for the electronics and mobile handset manufacturing industry.