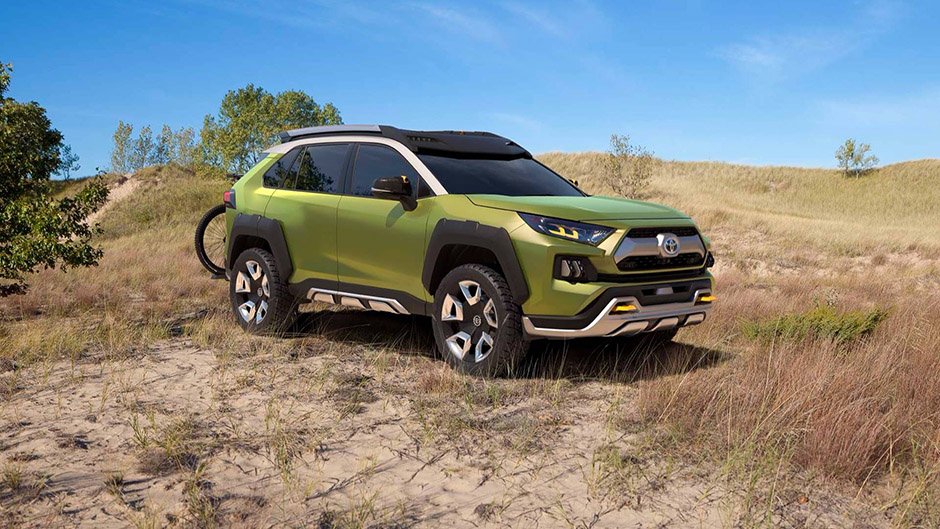 Japanese car maker Toyota has showcased the all-new SUV concept FT-AC (Future Toyota Adventure Concept) at the ongoing Los Angeles Auto Show on Thursday. The new concept vehicle is an all-terrain SUV specifically designed for the off roads. The gorgeous looking FT-AC concept brings the fun back to SUV and is considered as a multipurpose vehicle meant for adventure lovers and outdoor enthusiasts.

According to Toyota, one can play with the FT-AC as it provides a lot of customization. Toyota said, while the FT-AC remains “a design experiment,” it’s seen as a gasoline-powered vehicle with an advanced all-wheel-drive system that includes the capability to adjust power settings to diverse types of terrain.” Jack Hollis, group vice president and general manager for Toyota, informed that FT-AC is perfect for those outdoor enthusiasts who want to dial up the adventure on their weekend gateways.

One of the interesting features of the Toyota FT-AC concept is that its fog lights are removable, so one can take it out and fix it on the mountain bike or use it as portable lights for adventures during the night. The skid plates present on FT-AC’s front, side and rear overhangs will protect the vehicle from rocks and uneven terrains. The FT-AC has extra-wide fender flares above 20-inch wheels and beefier all-terrain tires, as informed by Toyota. The infrared cameras fixed on the side mirrors are can record trail runs and just like the fog light, these cameras can also be taken out and used to record activities off-vehicle. An integrated Wi-Fi system automatically uploads pictures or video footage to cloud-based storage where real-time editing and posting can be accessed via any mobile device.

The FT-AC also has a bike rack, which according to Toyota, would excite the cyclists. A mountain bike was seen mounted on the FT-AC prototype, and the company said that it views cyclists as a desirable demographic in both attitude and financial demography. Along with that Toyota has used some smart technologies like the geo-location feature, which helps a person get back to the camp or home without any worries of forgetting the directions and getting lost. As it’s a concept car nothing can be predicted about its design and also Toyota has not revealed its powertrain details. But Toyota did say that the FT-AC is a gasoline-powered vehicle that comes mated with an advanced all-wheel-drive system. This all-wheel-drive system features “4-wheel lock functionality” and “variable terrain-response settings.”

Toyota also hinted about adding a hybrid powertrain if the FT-AC prototype gets converted into a commercial production vehicle. Toyota’s FT-AC, if produced commercially, will come out to be a great product, better than its currently sold less adventurous and less stylish, RAV4 or the Toyota 4Runner. Toyota FT-AC is considered more as a crossover lifestyle vehicle suitable for all types of terrains. Toyota feels that with FT-AC, people can go anywhere and do anything.