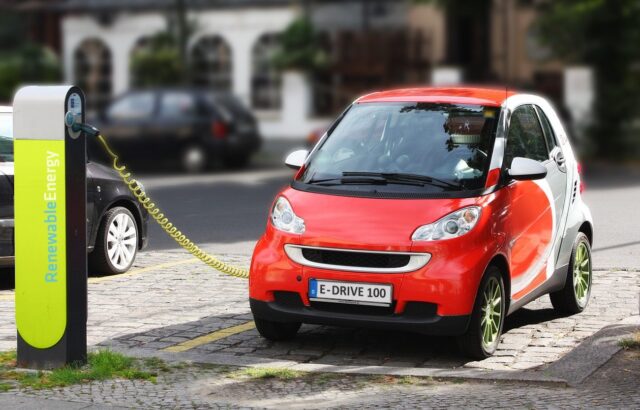 Xiaomi is gearing up to launch an electric vehicle on December 12. The media invites for the launch event has started to land on the mailboxes of bloggers and journalists. The invite showcases four tire-marks in a particular angle. Hence there is a widespread speculation that the imminent new product might be an electric vehicle.

Moreover, the invite for the upcoming product also reveals the fact in the Chinese language that the vehicle will be equipped with features such as E-ABS anti-locking brakes, cruise control in addition to brake energy recovery. You can also expect the integration of perforated brake discs and one-piece die-cast motors.

If you inspect the top right-hand side of the invite, you will be able to locate the date and time of the launch event, which is December 12, 10 AM. You can expect either an electric car or bike.

Incidentally, Xiaomi had released a first teaser, which revealed the fact that the forthcoming vehicle will feature hot-melt pneumatic tires. However, the company suddenly removed the teaser and replaced with a new launch teaser.

To recall, Xiaomi had released QiCycle in June 2016. It was the first folding electric bike with water resistant body using IPX5 technology. Interestingly, Xiaomi CEO Lei Jun had said that the company will not manufacture electric vehicles within the next 5 years. We wonder what changed the mind-set of the company to release an electric vehicle.

Xiaomi has been constantly working to release new innovative products. Recently, the company had launched Air Purifier and Vacuum Cleaners in addition to smartphones, drones, laptops and accessories such as Bluetooth headphone and speakers.

If the company launches an electric bike, it will be a big leap for the company. We are anxiously waiting for the launch event on December 12. We will keep you updated.