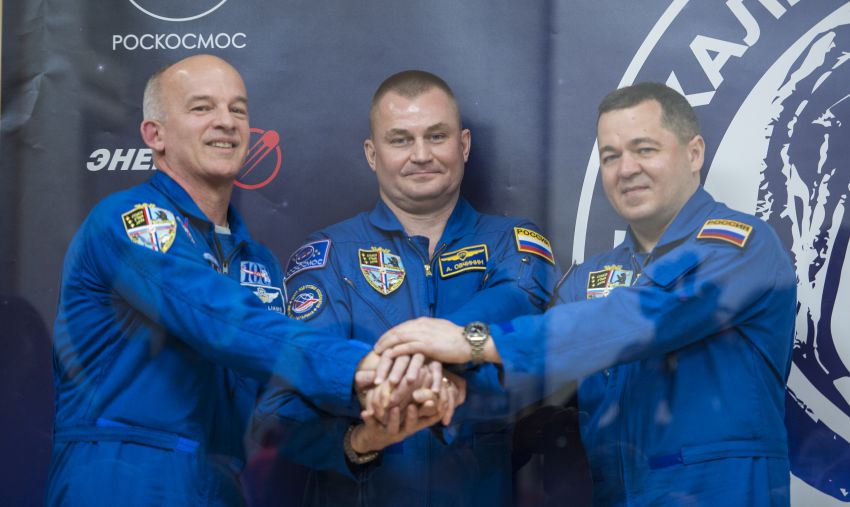 A NASA space explorer Jeff Williams and two cosmonauts from Russia Oleg Skripochka and Alexey Ovchinin landed at the International Space Station (ISS) base in Russia’s Soyuz capsule. The three member crew came as a replacement for the team that finished a 340 days spaceflight this month.

With this new addition, the total strength of onboard crew has reached six. NASA’s Tim Kopra, European Space Agency’s Tim Peake of ESA and Russia’s Yuri Malenchenko are already on ISS. The team is currently gearing up for the Orbital ATK cargo ship that is going to leave the earth for ISS from Florida today.

With his latest spaceflight, Jeff Williams is all set to become the first American to have resided in the ISS three times. This six-member team would be working on new experiments and the six members will be performing extensive scientific experiments and explorations over the upcoming five months.

After the Orbital ATK resupplies to the ISS, the spacemen will be able to analyze the spacecraft fire situations, help in observing meteors from space and a 3D printer will also make its way to ISS. The crew of Expedition 47 will also get the first flexible habitat that will permit NASA its first test of an imaginative habitat project that can bolster space travelers who live and work in the brutal environment of space.

The Bigelow Expandable Activity Module (BEAM) is a trial expandable module that will be supplied on SpaceX’s eighth NASA-contracted load resupply mission in 2016 spring. Despite the fact that space travelers won’t live in BEAM, it will be appended to the space station, extended and tried over the next two years and the space team will enter occasionally to assess execution of the natural surroundings.

NASA is mulling utilization of expandable habitats to encourage the crews heading out to Mars and other space destinations. BEAM consumes up less space on a rocket, while permitting extra volume to live and work in space.

Another resupply cargo ship will deliver over three tons of food, additional fuel, necessary supplies and research material to the crew members this year.