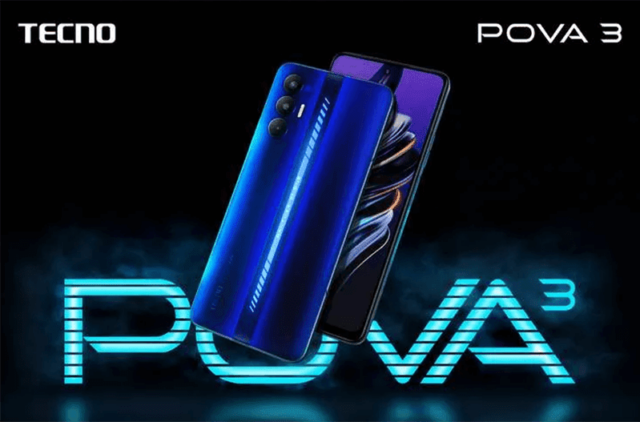 The Tecno Pova 3 smartphone is all set to launch in India soon where it is going to be available via Amazon. The e-commerce giant has set up a microsite dedicated to the Tecno Pova 3 which is a clear sign of its impending launch while also revealing some key details as well.

For instance, the Amazon listing for the phone has revealed a 6.9-inch display having FHD+ resolution. The display has a 90 Hz refresh rate and includes a punch hole for the selfie cam though it is not known what the camera is going to be like. The rear, meanwhile, will feature a triple camera setup that includes a 50 MP primary sensor. There is going to be dual speakers on board too along with Z-Axis linear motor to allow for 4D vibrations.

At its core, the smartphone will feature a MediaTek Helio G88 chipset that will work in tandem with 6 GB RAM and 128 GB of native storage. There is also going to be 5 GB of expandable RAM at disposal as well which will come into effect when running any processor intensive tasks. The power button on the side also includes the fingerprint sensor as well. However, perhaps saving the best for the last, the Tecno Pova 3 will come with a massive 7000 mAh battery backed by 33W fast charging.

However, that is all that has been revealed about the upcoming smartphone as of now. Key details like the software or price have still been kept under wraps. The exact launch schedule too is yet to be revealed.

Stay tuned for the details as it emerges.