As Smart TV prices are going down, one area where brands are cutting corner is sound. More and more brands are choosing dual 8W speaker instead of a 10W or 15W unit. The growing user demands have led to the growth of soundbars and home theatres in India. This is when Sony comes into the picture.

Sony has been known for making quality products for a very long time. In order to expand their Home Theatre line-up, Sony announced two new Home Theatre system just a few months back. We got our hands on one of the models, the S700RF. The S700RF comes with a soundbar, a sub-woofer and two tower speakers.

We have been using the SR700RF for a while now and here’s our review.

Sony has stuck with the tried and tested design here. The system is sleek and oozes quality. The system comes in a single color, ‘Black’, which goes well with most TV setups. The system comes with a soundbar, a sub-woofer and two tower speakers which Sony calls Tall Boy speakers.

All the speaker units are well built and have a metal mesh design. The mesh used here is solid and we didn’t notice any sort of deformation or bending during repositioning of the speakers. We feel like it is the perfect material choice over the fabric which gets damaged over time.

The soundbar can be laid or wall mounted under the display, with the two tall boys placed opposite to the display for the immersive surround sound experience, while the subwoofer unit can be placed next to the TV. The Tall Boys are rectangular and thin, about 120cm in height with a detachable circular stand on the bottom. They also come with mounts on the back, if for some reason you wish to wall mount them.

The soundbar has three speakers and two tweeters, whereas the tall by speakers have one speaker and a tweeter. The soundbar here is just short of a 50-inch TV and should be good for 40,49,50 and 55-inch TV’s. There is no display on the soundbar, instead, it is found in the subwoofer unit. 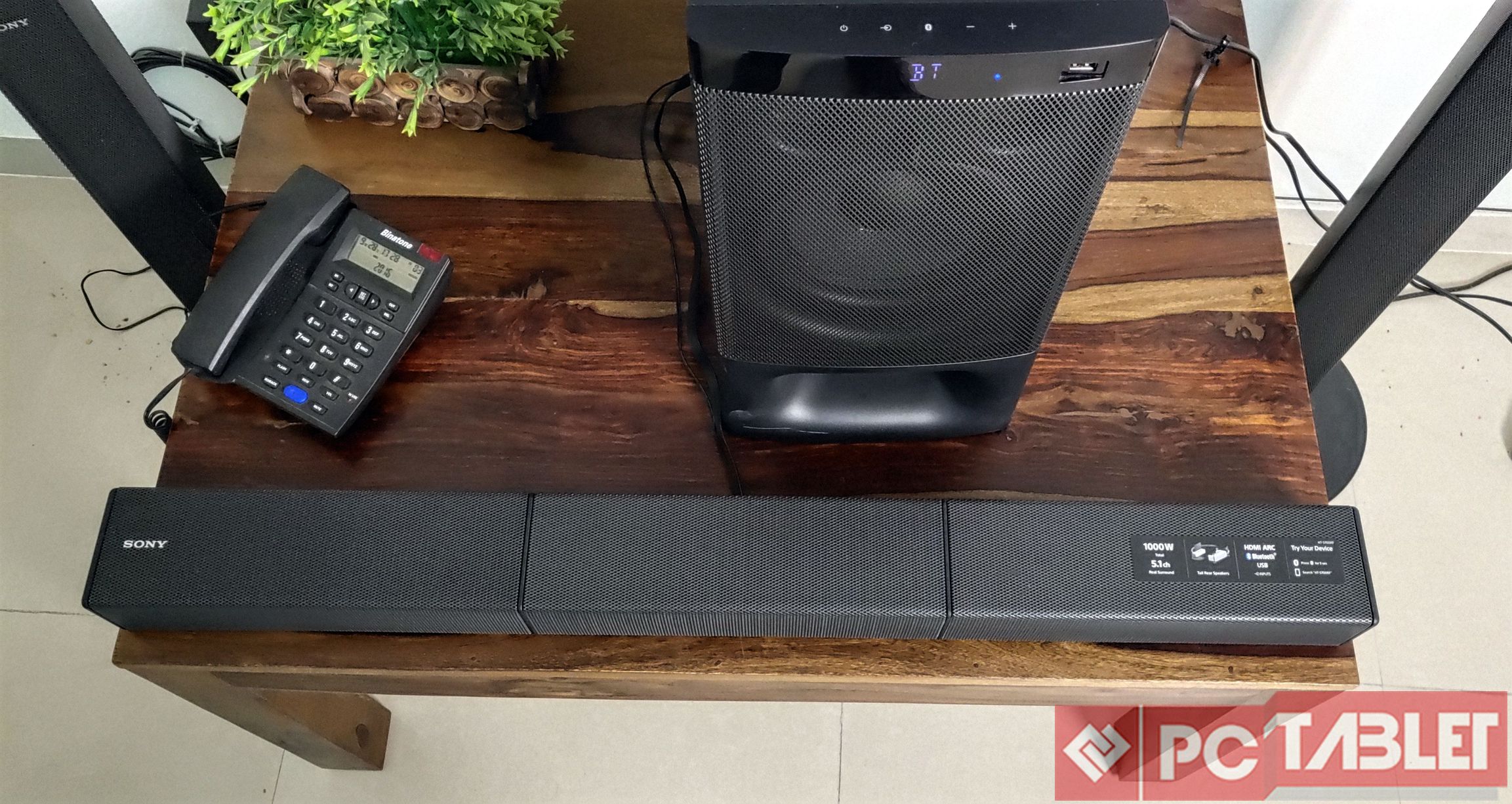 Talking about the Subwoofer unit, it’s the main unit which does all the work. The subwoofer here acts as a hub as well and the main ports are placed on it. The subwoofer unit houses the LED display to show relevant information, like the source and sound level. There are physical controls on the top of the woofer unit, though you get a remote as well for easy access.

Setting up the system is easy and can be done yourself or you can just dial Sony’s helpline and the installation will be done by a Technician. The Home theatre has optical-audio input, Analogue audio input, and USB type-A input. There is also support for HDMI ARC which can be fully used with an HDMI ARC compatible TV. 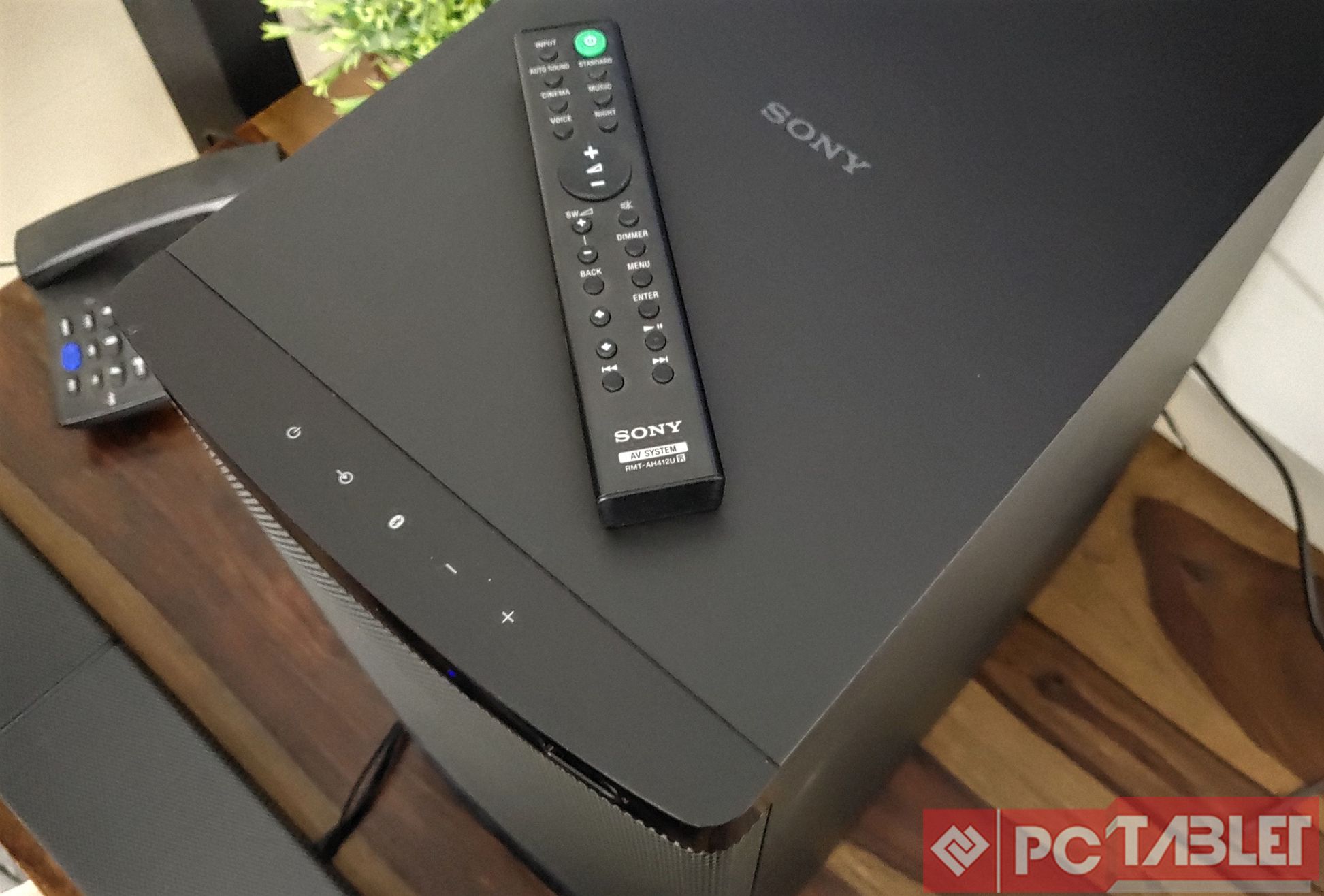 The system also comes with support for Bluetooth for easy pairing and opens the system to a bunch of other input sources. The supplied remote is easy to operate with controls neatly laid down. The Home Theatre also comes with a 30-meter cable which is more than sufficient for many users.

The Sony HT-S700RF has been specifically tuned for the Indian market and it reflects in the performance. The collective output of the system is 1000W. The system is more focused on the bass and at times it overpowers other aspects. To curb that down, Sony has provided dedicated controls on the remote. The treble is sharp but the mids are above average. 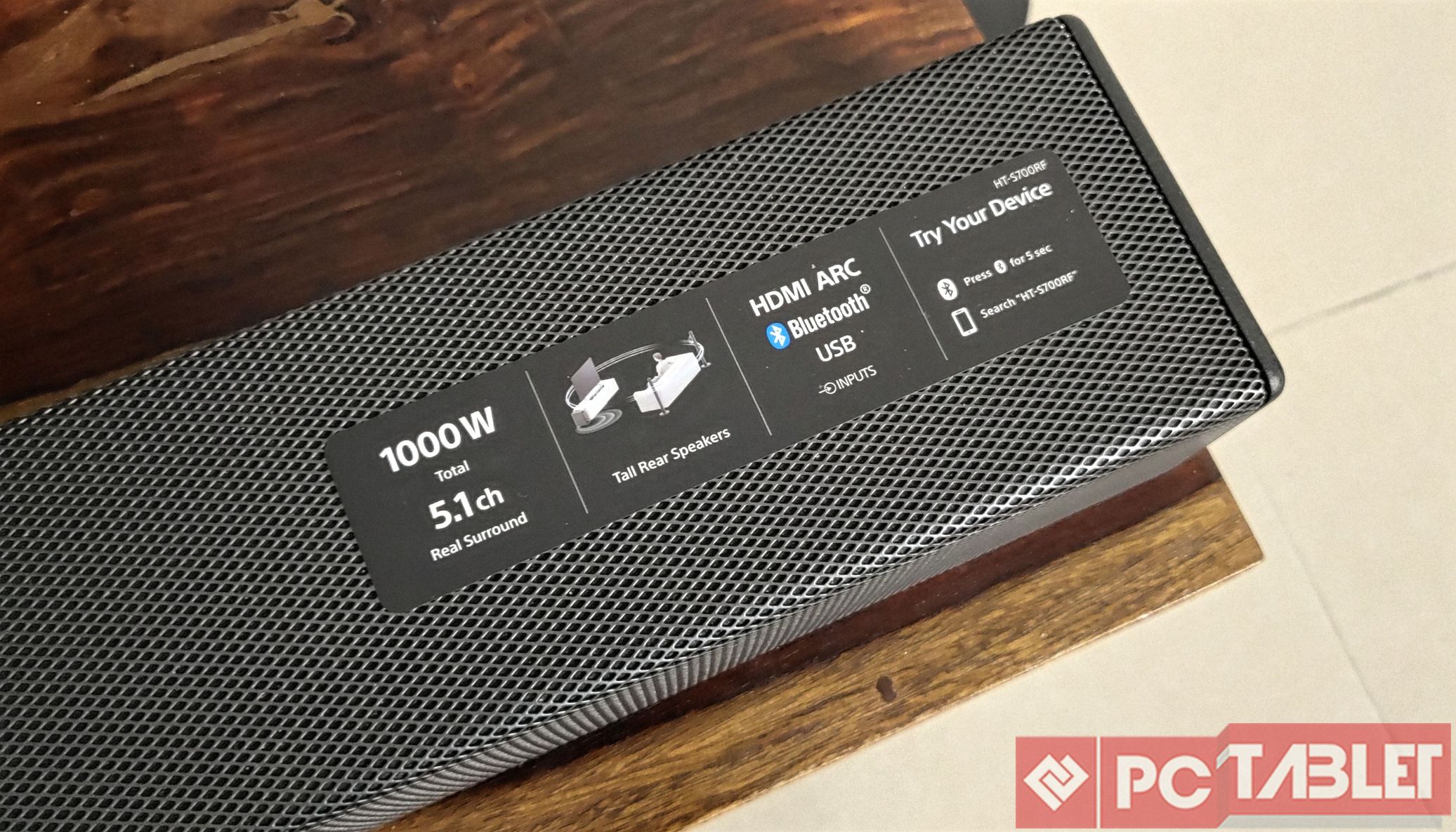 The real strength of this system comes into play when watching movies. The Home Theatre comes with DTS HD and Dolby Surround sound support. We tested a bunch of movies and were very impressed with the performance. The system is tuned to bring out low sounds and you will certainly enjoy using it. 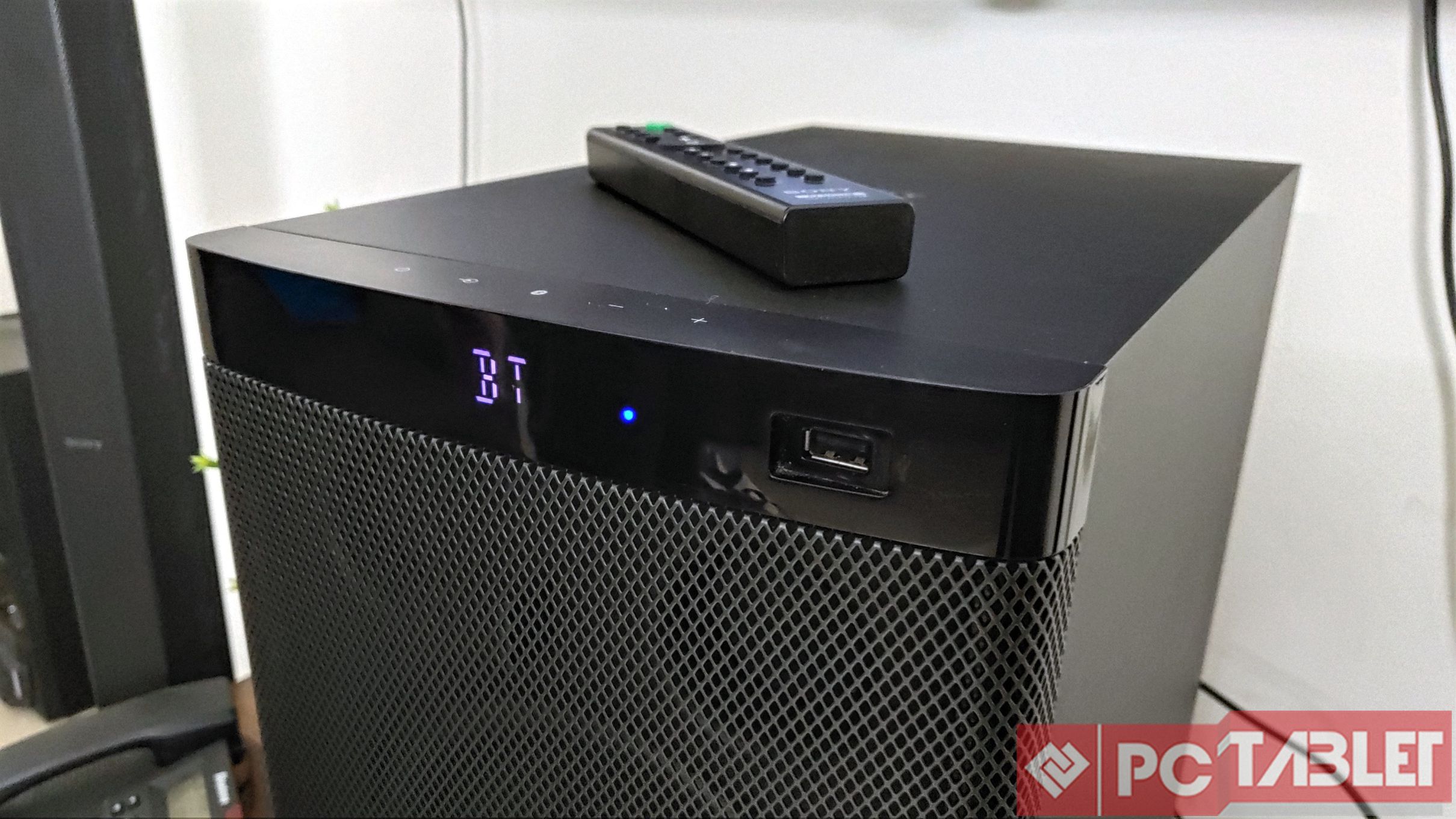 For casual TV and sessions, this is the best sounding system that you can get but it is not suitable for serious music lovers.

The HT-S700RF is the best sounding speaker for movie buffs and is totally recommendable. The immersive surround sound and the soundstage is very tuned for such scenario but at the same time isn’t for music lovers. On the plus side, the setup is easy but you will have to deal with the cable management. A wireless option here could have been great considering the price.

If you’re starting up with the audio system and your budget and needs match the product, then you should defiantly have a look at this one. Else, we would recommend getting the HT-S500RF which offers a similar setup but with Satellite speaker instead of Tall Boys.