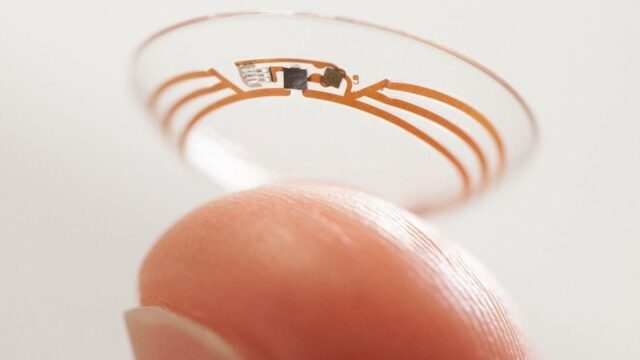 There is no guarantee that Samsung’s smart contact lenses coupled with a camera will be developed into a commercial product. But it provides a glimpse into what tech companies are doing to unlock new revenue streams as their domains cool. For example, contact lenses with an inbuilt camera could be used to enhance augmented reality experience.

What’s in the patent?

Samsung’s patent shows a contact lens that has a tiny display and enriched with a camera, sensors, and an antenna. The sensors in the lens will help with detecting movement. The contact lens product will be able to project images directly into the eye of the wearer.

The wearer can operate the smart contact lens product through actions such as blinking to capture images. An external device such as a smartphone can be used for processing and beam the content.

Google’s Glass has more or less similar features as Samsung’s smart contact lens, but instead of using blinking to input images, it uses winking.

If patent filing by Samsung and Google is anything to go by, the two tech giants can be seen preparing to go neck-to-neck in smart contact lenses market. While Google’s Glass has mostly been seen as an augmented reality device, its smart lenses are designed to help with health monitoring. For example, think about a contact lens that notifies diabetics on time when their blood sugar falls to potentially dangerous levels.