According to the latest leaks, it is now confirmed that the next flagships of the Korean electronics giant will come in 4 different colors. Yes, the Samsung Galaxy S9+ and S9 will release soon in Black, Blue, Grey, and Purple.

The most anticipated phone for the first half of this year is less than three weeks from being presented. This is the fourth color for the Samsung Galaxy S9 and S9 +, filtered again by Evan Blass.

Although the so-called ‘Nokia Gray’ was the most popular, the idea of launching the same phone model in various colors was something we saw with the Nokia 3310 or the Sony Ericsson T10, ‘dumbphones’ designed for a younger audience to whom the black, gray or white tone of the first phones seems bored. Although of course it is not like now, that the colors of phones seem to be studied and designed as much as its appearance, panel or internal components. Especially its exotic names that reflect the mixes and tones.

Although everything we are seeing of the two phones is still ‘rumor’ because Samsung has not officially announced, the truth is that at this point a lot has to change the design of the S9 and the S9+ that we will see at February 25 at the Samsung event to surprise us.

Evan Blass, one of the best-known and most successful filtering source in this sector, has been showing the different colors in which the Galaxy S9 and S9 + will come. In fact just yesterday we knew 3 of the 4 options. And today Coral Blue S9+ has been filtered which seems to be the last but not the least 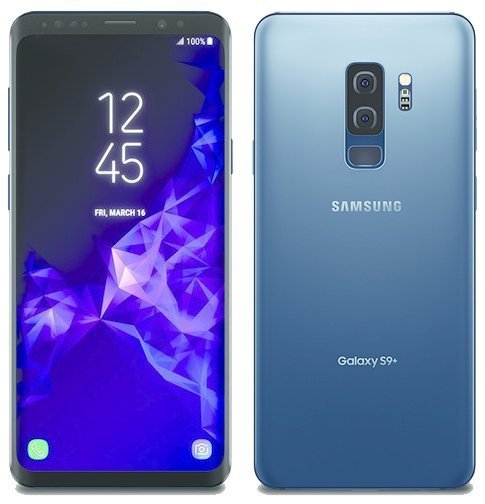 The coral blue color made its debut in the Samsung Galaxy Note 7, which was withdrawn from the market after multiple incidents related to its battery. The color returned later with the Galaxy S8 and there is no doubt that makes these phones look even more elegant.

The image of the Galaxy S9 Plus in coral blue does not reveal new details, but it still shows a fingerprint reader located at the bottom of the cameras, a screen with small bevels and you can still see the Bixby button on the left edge.

These colors will decorate the back panel and the side frames of the Samsung Galaxy S9 series phones, with the front as always dark. But they will not be the only ones since surely we will see more companies depending on the markets will follow the same root.