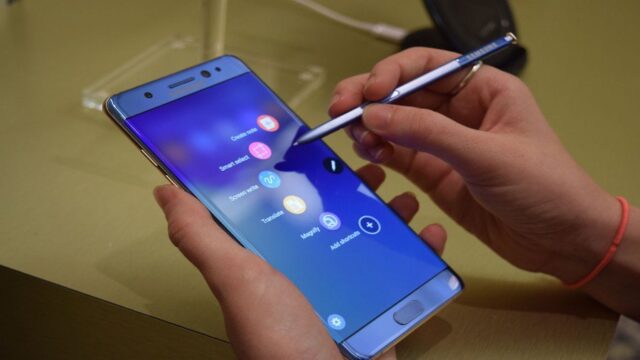 Samsung has confirmed that faulty batteries have resulted in the fire and subsequent series of explosions of the flagship Samsung Galaxy Note 7 handsets in 2016. In a statement released to the press, Samsung has announced few steps to avoid the incidents. Moreover, he company is rapidly trying to regain trust and momentum in the smartphone segment.

Commenting on the development, the company sources said that they are looking forward to move ahead with a renewed commitment to safety. They have learned a lot from the past 12 months, and they have modified the work culture in such a way that the refreshed policies are reflected in the processes. Moreover, the company has upgraded the work culture to a large extent.

Even though Samsung Galaxy Note 7 got rave reviews after the launch, the company faced serious problems due to series of burns and explosions. Subsequently, the company had to suspend the production and recalled the handsets worldwide. The recent probe results emerged after three months after the ultimate scrapping of the Galaxy Note 7.

Touted as the competitor to Apple iPhone, the company had to wipe off $5.3 billion off its operating profit virtually. Industry analysts are of the opinion that the Galaxy Note 7 is one of the biggest failures in tech history.

Meanwhile, Samsung has ruled out that the problems caused due to the hardware and software. The whole problem caused as a result of the battery. The product team has identified the real cause and will be applied from the next manufacturing process. The company has revealed that the fire-related incidents will not be repeated in the upcoming Galaxy S8.

Responding to media, Hi Investment Analyst Song Myung-sup argued that consumers will not be reluctant to buy the S8, expected in April or May. However, they will buy the new phone only if the company finds out the real cause of the fires. It is being stated that battery is the main cause of the explosions as per the investigations conducted by both the company and independent organizations.

In the backdrop of the Samsung Galaxy Note 7 fiasco, the company will announce the earnings results for Q4 2016 on January 24.