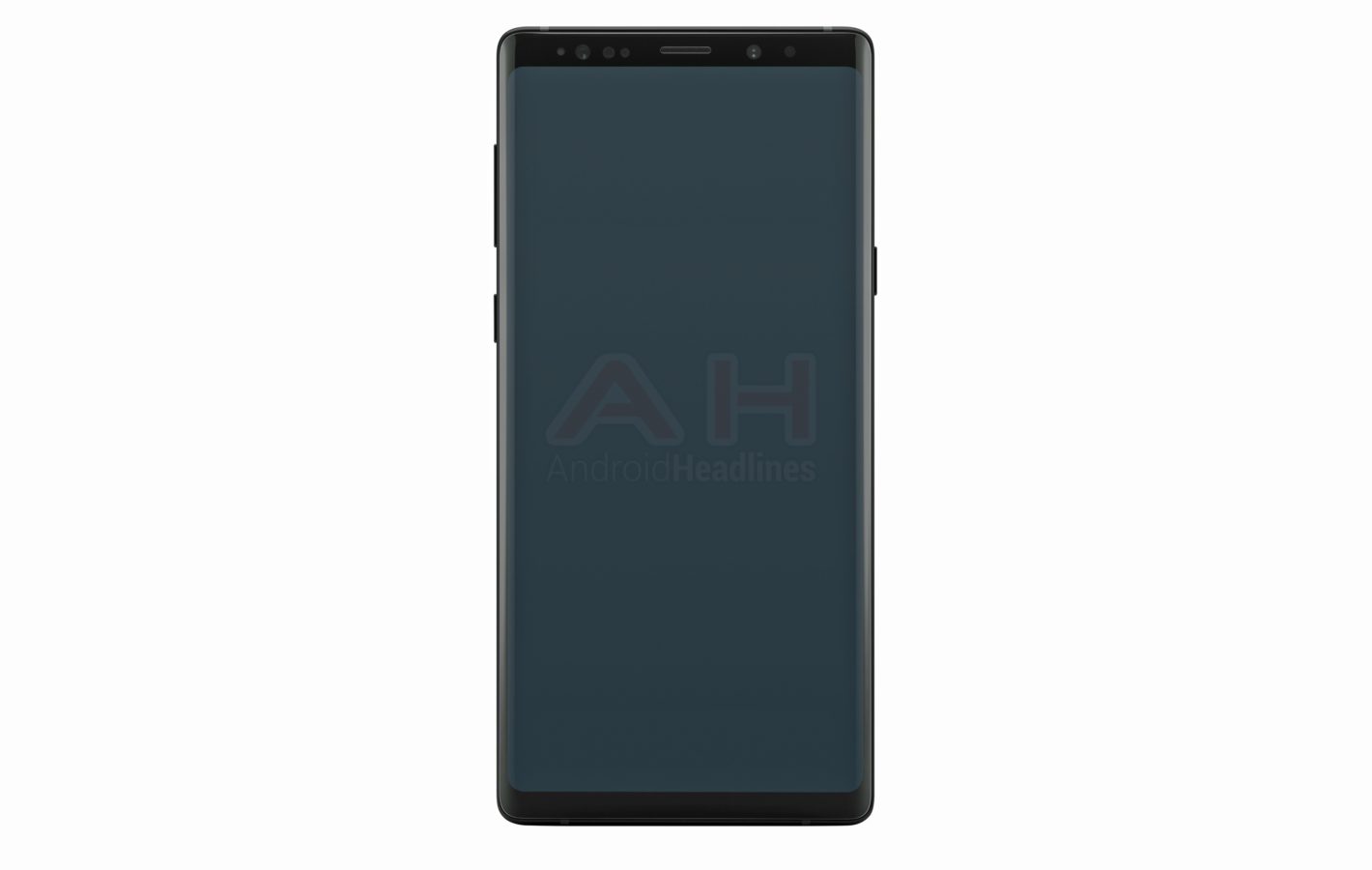 Samsung will officially unveil the upcoming Galaxy Note 9 early next month. However, a new press render of the phablet is now doing rounds on the web giving us an early look at the device before its official unveiling.

The new render happens to fall in line with early rumours about the flagship phablet. Past reports indicated that the Galaxy Note 9 wont be a dramatic change over its predecessor, and the latest render seems to confirm these speculations which rather kills the hype about Samsung’s upcoming flagship phablet.

The render was initially posted by AndroidHeadlines and is claimed to be an official press render of the upcoming Note 9. Going by the leaked render which shows the device from the front, the Galaxy Note 9 will look exactly like its predecessor, at least when viewed from the front.

Hence, it appears the Galaxy Note 9 will essentially retain the look of its predecessor, at least when viewed from the front as the render doesn’t show the back of the handset.

That said, Samsung is expected to implement minor design changes such as a more ergonomic positioning of the fingerprint sensor. Besides, the S Pen is expected to get a major overhaul. Sources indicate that the company wants to integrate new features such as playback control along with Bluetooth support with the S Pen. The device could even have its own battery and would recharge when plugged into the handset.

Samsung is expected to unveil the Galaxy Note 9 on August 9 in New York, while sales are said to begin shortly after the device goes official. More details about the device are likely to surface as we near its official release. We’ll update you as soon as we hear anything new. Until then, keep checking back for more