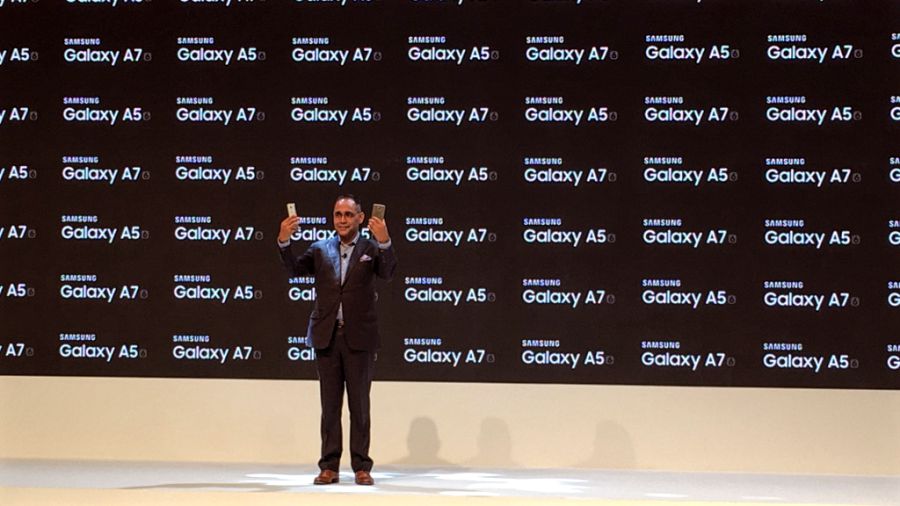 Samsung Electronics Corporation Limited has officially announced the launch of its latest Galaxy A smartphones in India i.e. Samsung Galaxy A5 (2016) and Galaxy A7 (2016) at Samsung Forum 2016 event held in Kuala Lumpur, Malaysia.

Both the 2016 Edition of Galaxy A5 and Galaxy A7 feature all-metal body and come with fingerprint sensor along with NFC to make use of the Samsung Pay. Both the smartphones are expected to receive Android 6.0 Marshmallow update soon.

Equipped with a 5.2-inch FHD Super AMOLED display with screen resolution of 1920 x 1080 pixels, Samsung Galaxy A5 2016 is powered by a 1.6GHz Octa-core processor paired with 2GB of RAM and offers 16GB of internal storage, which is expandable up to 128GB via a microSD card slot.

Backed by Fast Charging feature, a 2,900mAh battery fuels the handset that can last for a single day on mixed usage.

Samsung Galaxy A7 2016 model boasts a 5.5-inch FHD Super AMOLED display with screen resolution of 1920 x 1080 pixels. Powered by a 1.6GHz Octa-core processor paired with 3GB of RAM, the smartphone offers 16GB of internal storage (expandable up to 128GB via a microSD).

The Galaxy A7 (2016) sports a 13MP rear snapper with f/1.9 Optical Image Stabilisation and LED flash support along with a 5MP front-facing camera with f/1.9 aperture. Out-of-the-box, the smartphone runs on Android 5.1 Lollipop operating system with TouchWiz UI on the top.

Availability and Price of Samsung Galaxy A5 and A7 2016