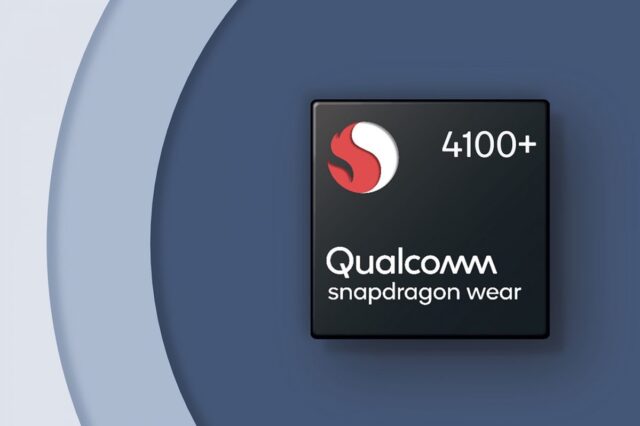 Qualcomm today announced the launch of its new range of chipsets aimed at the wearable segment. The new Snapdragon Wear 4100 and Wear 4100+ are designed to power the next generation of connected smartwatch devices and boasts of what the company describes as the ultra-low power hybrid architecture.

Qualcomm explained the new hybrid architecture allows for the best of both worlds – optimum performance while also being extremely frugal on battery power. The chips have been fabricated using the 12nm manufacturing process and are also identical in all respects save for an Always-On (AON) co-processor for low power states that the SD 4100 misses out on.

Another unique aspect of the new Snapdragon 4100+ is the several companion chips it comes with. Those include PMIC, RF for modem/GPS, Wi-Fi/BT, and REFE. The Wear 4100+ boasts of a 1.7 GHz quad-core Cortex-A53 CPU and Adreno 504 GPU. It supports 750 MHz LPDDR3 memory and eMMC 4.5 storage, as well as dual ISPs.

Also, an interesting aspect with the chip is its support for cameras of up to 16 mp. Now, this might seem as odd as we haven’t had any wearable so far from any mainstream company featuring a camera. But then, who knows, there might be something coming our way with a camera integrated into it.

Qualcomm also stated the new Wear 4100+ has an astounding 85 percent performance advantage over the Wear 3100. That is not all as the 4G LTE modem now comes with its DSP and is designed to be less demanding on the battery. It supports Category 4 LTE and features dual antennas for better reception.