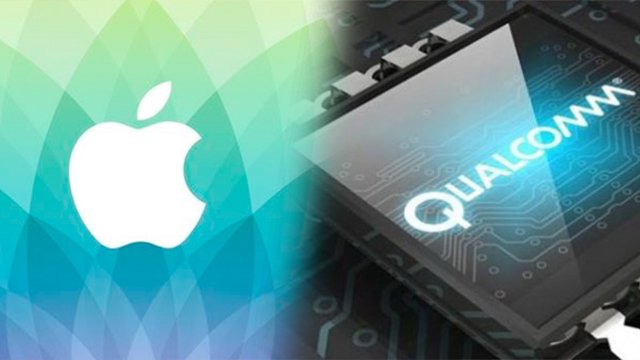 Here is something that wasn’t the least unexpected, Apple ditching Qualcomm big time so far as its LTE modem requirements are concerned. Or, as CNet reported, the future iPhone and iPad devices won’t have the Qualcomm modems installed in them, .

Also, though not explicitly confirmed but the next best option for Apple to fall back on will be to use Intel chips, which is exactly what experts believe is going to happen. Also, it is the Intel XMM 7560 modems that is most likely to make the cut for fitment on future iPhone even tough that too remains unconfirmed as of now. Then there also are reports of Apple going for MediaTek chips as well though that again is something that is yet to be officially confirmed by either parties.

Qualcomm, while announcing they won’t be supplying Apple with LTE modems for future iPhone also mentioned they would continue to supply the chips for legacy iOS devices that are still in production. The company also stated they can still be partners with Apple if situation improves, possibly leaving space for a future patch-up to take place.

Both Qualcomm and Apple are engaged in a bitter legal spat with each suing the other over contrasting claims and counter claims. While Apple is blaming the chipmaker for charging unnecessary royalties, the latter is accusing Apple of teaming up with its partner firms to deliberately make Qualcomm chips seem inferior to those from competiting firms like Intel.

Qualcomm has also sued Apple of leaking the chipmakers vital trade secrets to Intel and has sought a complete ban on the import of iPhone and iPad into the US. All of the cases are still being deliberated on with a final judgement could be months, or even years away.

Qualcomm however can be considered to have the edge over Intel chips and have traditionally fared better in comparative speet tests. Even the most recent tests done in partnership with Ookla’s Sppedtest.com has proved Qualcomm powered Android handsets to perform significantly better than Intel modem powered handsets.

Apple meanwhile has also stated they would be designing their own chips to power its future range of iOS devices though no time frame for the same is available as yet.