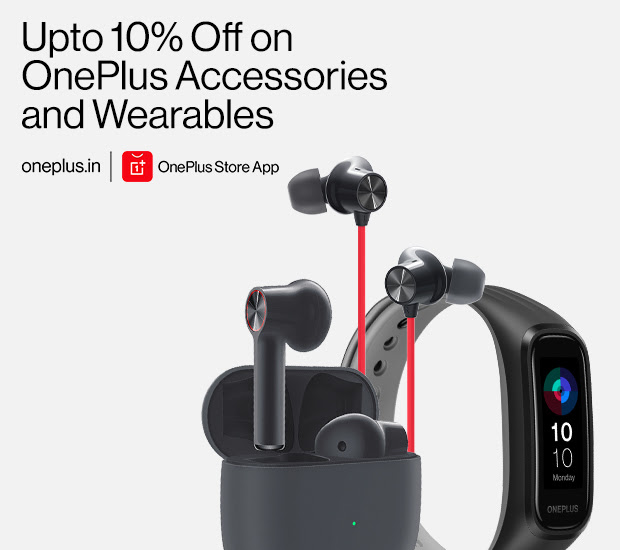 It has just been weeks that the OnePlus 9 series has been launched though the company isn’t stopping at just that. Rather, the Chinese firm is up to offer some exciting deals and offers on several of its leading products.

For instance, there is the OnePlus Band that is now selling for just Rs. 2379. Then there is a flat 10 percent discount on several of the company’s audio products. Those include the Bullets Wireless Z Bass Edition, OnePlus Buds Z, and OnePlus Buds.

Among the other offers available include the all-new OnePlus Gaming Trigger that can now be bought for Rs. 999 when bought together with the #OnePlus9R5G. There is also the OnePlus TV Y Series with #SmarterStadiumExperience that starts at Rs. 13,999.

Things do not end here as any purchase made on the company site, oneplus.in qualifies for a chance to win the #OnePlusBudsZ.

Check out the official company site for more details on this.