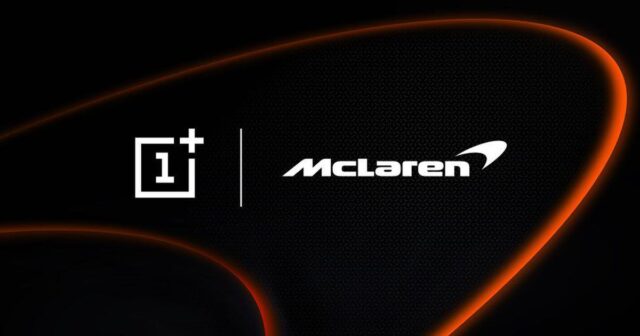 The China-based premium smartphone maker OnePlus on Tuesday announced a partnership with McLaren, the British automobile maker known for its Formula One racing team. The collaboration between the companies is expected to raise a special McLaren edition of the recently unveiled OnePlus 6T.

The confirmation for the same comes from OnePlus’s official Twitter handle where it has teased the upcoming product. The URL of the landing page on OnePlus’ website reads out “McLaren-6T” which further adds fuel to the arrival of a special edition OnePlus 6T.

Moreover, OnePlus has tagged the partnership as “Salute to Speed” meaning that the regular version of 6T might get a performance bump with the inclusion of extra RAM and internal storage. The phone is most likely to come in 8/256GB configuration while keeping the other specs unchanged. We also expect the device to follow the McLaren’s signature Orange colour. Additionally, the website bears a special note for Carbon fiber hinting at the possibility of carbon-fibre back.

OnePlus and @McLarenF1. Forever in pursuit of speed. Experience the #SalutetoSpeed on December 11. https://t.co/inqbUCRYcK pic.twitter.com/Q7HGBqmZtw

“McLaren and OnePlus were born in a similar way — with a big dream to create something special. Starting from nothing, we challenged ourselves to never settle. Today we unveil a true testament to innovation, a salute to speed,” said Pete Lau, CEO and Founder, OnePlus, in his statement.

Following the same, Zak Brown, CEO of McLaren Racing, said, “The OnePlus brand is synonymous with speed and power, two values that McLaren likewise strives to deliver with every car we build. Bringing together the inventive, pioneering spirit shared by both OnePlus and McLaren is a firm statement of intent to leverage our collective powers and break new ground for innovative ideas and technology.”

Moving on, the OnePlus 6T McLaren Edition global launch event is set for December 11th in McLaren Technology Centre, Woking, at 9.30 am GMT, whereas the India-specific event is set to take place a day later on December 12th. The price will definitely go past the cost of the current top-end model, crossing the mark of Rs. 43,999.

As for the specs, the regular OnePlus 6T sports a 6.41-inch Optic AMOLED display with a Notch on top and an In-display fingerprint scanner. Under the hood, it is powered by Qualcomm Snapdragon 845 coupled with 6GB/8GB RAM and 128GB/256GB internal storage. There is rear camera setup of 20MP + 16MP and a single 16MP camera at the front. All of this is backed up by a 3,700 mAh Li-Po battery.