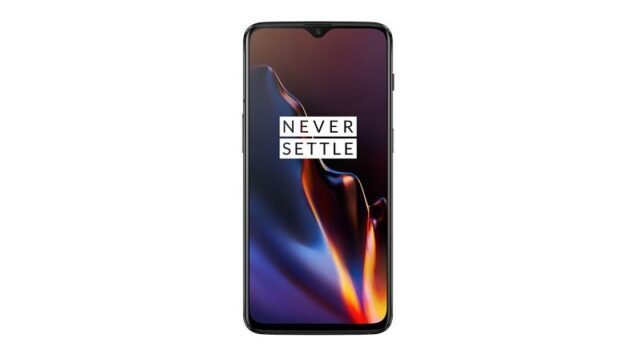 After a barrage of rumours and leaks, the OnePlus 6T finally goes official. CEO Pete Lau took the wraps off the handset at an event in New York calling it a giant leap over its predecessors. Key highlights of the handset include an in-display fingerprint scanner as well as a new NightScape mode for improved low-light photography.

The OnePlus 6T sports a 6.41-inch AMOLED display with a 2,340 x 1,080 resolution, teardrop style notch, and a 19:5:9 aspect ratio. The display also gets Corning Gorilla Glass 6 protection. Under the hood, the smartphone gets powered by Qualcomm Snapdragon 845 processor bundled with up to 8GB of RAM and 256GB of in-built storage.

In the photography department, the OnePlus 6T gets a 16MP+20MP dual rear camera setup with f/1.7 aperture, OIS, and EIS. There’s also a new Nightscape Mode which helps capture better photos in low-light conditions.  For selfies, the smartphone packs a 16MP front-facing shooter.

As far as OS goes, the smartphone runs Android 9 Pie with OxygenOS on top.

Another highlight of the OnePlus 6T is the inclusion of an in-display fingerprint scanner, a feature dubbed as Screen Unlock. The company claims this technology can unlock the device in just 0.34 seconds.

On the battery front, the OnePlus 6T gets a capacity increase from the OnePlus 6, up to 3,700mAh from 3,300mAh. That said, the handset does not support wireless charging. Moreover, it does not get any IP rating for dust and water resistance. Not to mention, the handset is devoid of a headphone jack.