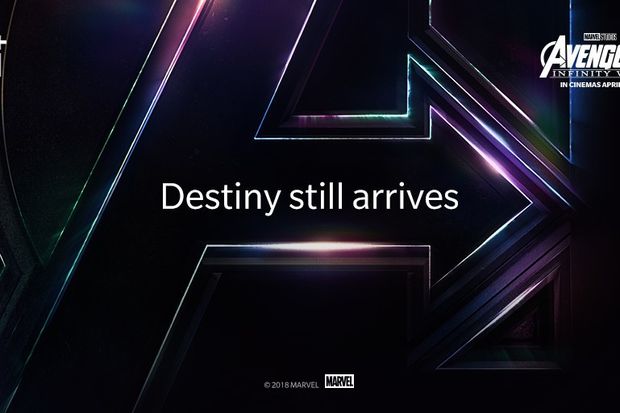 Rumours have been swirling through the web that OnePlus has joined hands with Marvel to launch a special edition Avengers themed OnePlus 6 handset. Now, the Chinese manufacturer might have accidentally confirmed that it’s indeed bringing Avengers-themed edition of the upcoming flagship. And just last year’s Star Wars-themed OnePlus 5T, it appears the Avengers-branded OnePlus 6 will be exclusive to the Indian market. The launch of the special-edition will also commemorate the 10th anniversary of Marvel Studio.

Preliminary reports suggest that Avengers-themed OnePlus 6 could be priced around Rs. 53,000.

“OnePlus’ association with Marvel Studios is a manifestation of the enduring love and support they have garnered from its respective community over the years with a purpose to go beyond the ordinary and achieve groundbreaking innovations in mobile technology only to create the best user experiences,” OnePlus said in a statement obtained by Android Central. The statement further notes that the partnership marks a significant step towards strengthening ties among Disney India and OnePlus.

Alleged images of the Avengers edition OnePlus 6 are also doing rounds on the web.

As per earlier leaks, the handset will feature a notched display having a 6.28-inch Full HD resolution. Under the hood, the OnePlus 6 is said to feature the latest Snapdragon 845 processor. The handset will be offered in two variants, one with 6GB RAM and 64GB of storage while the other will have 8GB RAM and 128GB of built-in storage.

Elsewhere, the handset will feature a 16MP+20MP dual-lens primary camera along with a 20MP selfie shooter. The device will come pre-installed with Android 8.1 and will pack a 3450mAh battery.

The upcoming Hollywood title Avengers: Infinity War hits in cinemas in India on April 27th, hence OnePlus could release the Avengers-themed OnePlus 6 around the same time.