Onda V820W, an 8-inch tablet from Onda was recently spotted on the site everbuying.net which is one of the most useful but lesser known e-commerce websites available these days. The tablet featured on the website caught my attention as I was surfing through it.

Onda V820w is an 8-inch tablet which sports a WXGA IPS display with a resolution of 1280×800 pixels and is powered by Intel Z3735F Quad Core processor clocked at 1.3GHz. A 2GB RAM on board runs this tablet. Intel HD Gen7 GPU gives this tablet a better graphics performance.

The tablet has a memory of 32 GB, which can be expanded up to 128 GB. The tablet houses a 2-megapixel primary camera along with the 0.3-megapixel secondary camera. One of the fascinating features of this tablet is dual OS in the device which runs simultaneously. Onda V820w houses both Android 4.4 KitKat and Windows 10 allowing the user to explore the best of both the worlds. Users can switch between operating systems using a simple switch icon. 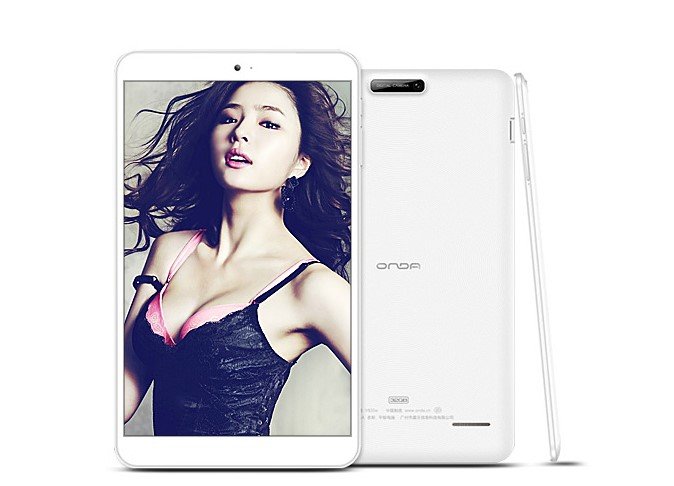 A 3.5 mm audio jack is placed on the top edge of the tablet which also houses the HDMI slot and a charging slot. The HDMI slot enables users to connect the tablet to a full-size television. Onda V820w also supports wireless connection with keyboard, mouse and headset via Bluetooth. The tablet weighs a little more than 300 grams which is not too much of weight for an 8-inch device. Everbuying.net hosts a price of USD 103 for this tablet.

The tablet comes in lower segment price range, and the dual OS is one of the unique features of this device. This tablet will expectedly receive good response from users who have a love for both Android and Windows OS.