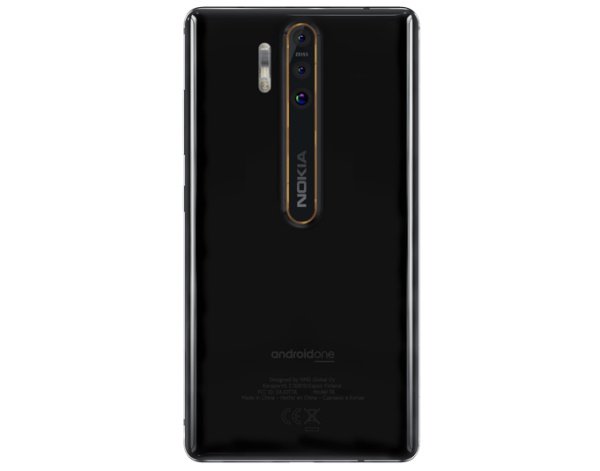 The Nokia brand might be back but a true flagship Nokia that can disrupt the current high-end phone segment has yet been lacking. That seems set for a change with the Nokia 9 that has had its spec sheet leaked to reveal some mighty impressive details.

As Pocketnow reported, the forthcoming Nokia 9 will be a camera powerhouse, with three separate lenses adorning its rear. That include a 41MP, 20MP, and 9.7MP Carl Ziess lens aligned in a central vertical slot at the rear. The three lenses will serve as wide, tele and monochrome sensors with the 41MP camera set to have variable aperture as well, one that ranges from f/1.5 – f/2.4 aperture.

Now there are quite a few interesting aspects with the above camera setup. For instance, if a 41MP camera seems familiar sounding, that’s because the Nokia PureView too featured one and was the highest megapixel camera to ever be fitted onto a smartphone. Not to say, the feat remained unchallenged to this day with no other smartphone offering a higher megapixel camera.

Also, the triple lens rear cam might also ring a bell or two given that the more recent Huawei P20 Pro also comes with the same camera specifications. That has to do with a recent licensing deal between the Chinese company and Nokia. Also worth mentioning, the latest Galaxy S9+ too features a variable aperture rear cam and is the first to offer so.

Coming back to the Nokia 9, the rest of the leaked specs include a Xenon flash. That has long been the demand of most smartphone fans and it’s good to see Xenon lens likely to feature in a top-end smartphone. Also, since Xenon lens that operate in short bursts cannot double as a flash light, there is going to be a separate LED flash for the same as well.

The other standout feature of the Nokia 9 will be a fingerprint sensor embedded within the front display. The latter again is mentioned to be a 6.01-inch QHD OLED panel with 18:9 aspect ratio. Among the other specs that are being associated with the Nokia 9 include a Snapdragon 845 chip, a 3,900 mAh battery, Android Oreo and IP68 rating for water and dust ingress.

If all the above sounds too good to be true, that’s probably because it truly is. In any case, lets hope Nokia 9 proves us wrong and proves to be a reality after all.