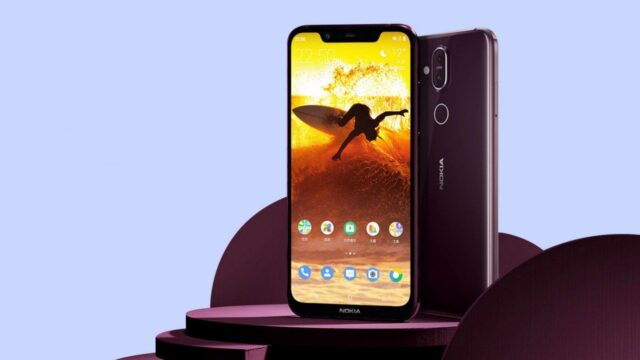 The Nokia 8.1’s 6/128GB variant has been priced at Rs. 29,999 in India. It will be available in Blue/Silver and Iron/Steel colour options- same as the standard version. Notably, the 4/64GB variant was launched for Rs. 26,999 in the country is already available for purchase on Amazon.in.

That being said, the new Nokia 8.1 6GB will be sold on Amazon India, Nokia Store and major retail stores across the country starting February 6, 2019. As for now, customers can pre-book the device on Nokia.com and get notified on Amazon India starting Friday, February 1.

The company is propounding a bunch of launch offers with the device. It includes up to 1TB of Airtel 4G data on eligible prepaid packs starting from Rs. 199. Following the same, Airtel postpaid customers can avail additional 120GB data with 3 months of Netflix and a year of Amazon Prime subscription.

The Nokia 8.1 sports a 6.18-inch PureView IPS panel with a Full-HD+ resolution of 1080×2244 pixels and an 18.7:9 aspect ratio. The display further touts HDR10 support, 96 per cent colour gamut coverage while the brightness maxes out at 500nits. Thanks to the notch on top, the phone boasts an impressive screen-to-body ratio of 81.5 per cent.

Powering the phone is an octa-core Qualcomm Snapdragon 710 SoC, paired with 4/6GB of LPDDR4x RAM and 64/128GB of inbuilt storage. Meanwhile, the given microSD card slot allows for storage expansion up to 400GB.

In the optics department, the Nokia 8.1 gets a dual rear camera setup with Zeiss optics. The configuration comprises an optically stabilised 12-megapixel camera with a 1/2.55-inch sensor, 1.4-micron pixels, and a dual-LED flash. The secondary sensor is a 13-megapixel fixed-focus lens which will collect depth information.

On the software front, the Nokia 8.1 runs stock Android 9 Pie under Google’s Android One programme, just like its sibling Nokia 7.1. As a result, the phone will get timely security patches along with Android version updates. All of this is backed by a sufficiently large 3,500mAh battery that is rated to deliver 11 hours of video playback and supports 18W fast charging.