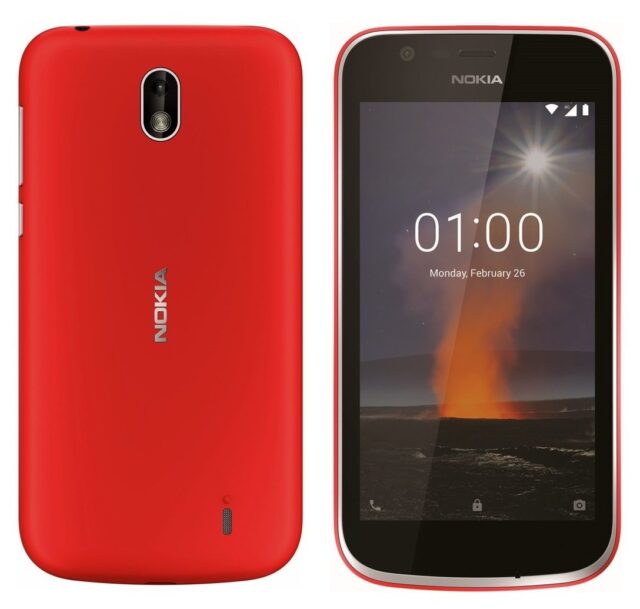 HMD Global, the company licensed to sell Nokia branded handsets around the world has launched the Nokia 1 smartphone in India, NDTV reported. Announced earlier during the Mobile World Congress, the highlight of the budget smartphone is that it is the first from the company to run Android 8.1 Oreo Go edition, making it best suited for entry level smartphone buyers.

Priced at a convenient Rs. 5,499, the new Nokia 1 features apps compatible with Android Oreo Go edition. That includes Gmail Go, Google Maps Go and so on, which happens to be lightweight versions of their regular apps and are therefore less hardware intensive.

Hardware specifications of the Nokia 1 aren’t too exciting either but should be enough to suffice its intended role, that of providing basic smartphone experience to first time or entry levels phone buyers. That includes a 1.1GHz quad-core MediaTek MT6737M processor that works in conjugation with 1 GB RAM and 8 GB of native storage. The latter is however expandable to up to 128 GB via microSD card.

Further, it’s a 4.5-inch IPS display that makes up the front having resolutions of 480 x 854 pixels. A fixed focus 5 MP camera complete with LED flash adorns the rear while the front gets a 2 MP camera, also of fixed focus. A 2150mAh batter runs the entire show and is rated at 15 days of standby time and 9 hours of talk time.

So far as sensors are concerned, the Nokia 1 boasts of accelerometer, ambient light sensor, and a proximity sensor. The phone is 4G VoLTE compatible as well, while being Wi-Fi and Bluetooth ready too. It otherwise comes with a MicroUSB port and a 3.5mm headphone jack as well.

Another unique aspect of the new Nokia 1 is its interchangeable rear cover. Each costs an additional Rs. 450 and comes in shades of Azure and Grey or Yellow and Pink. The phone itself is available in color options of Dark Blue and Warm Red.

Meanwhile, Reliance Jio too has jumped onto the fray to make owning the Nokia 1 even more affordable. The telecom major is offering a Rs. 2,200 cash back offer, eventually bringing down the price to Rs. 3,299. That is not all as the company is also offering an extra 60 GB data for buyers of the Nokia 1 handset.