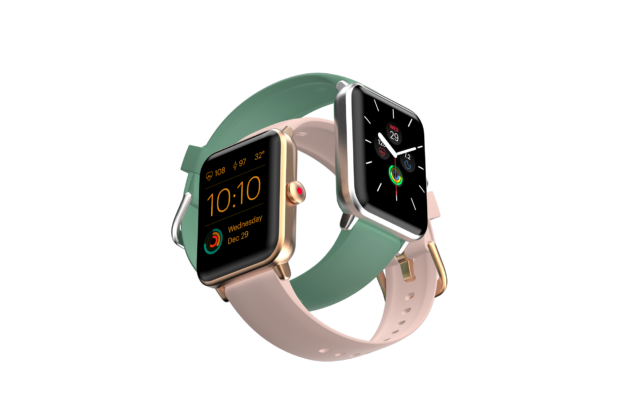 Noise, the India-based connected lifestyle brand, announced the launch of its new Colorfit Pro 3 smartwatch in the country. The smartwatch form part of the best-selling smartwatch series from the company and is priced extremely competitive at Rs. 3,999.

The Noise Colorfit Pro 3 comes with all the features and specifications you’d expect from a proper smartwatch. Those include blood oxygen saturation monitor and specialized sports modes. Those apart, one of the most unique qualities of the Colorfit Pro 3 happens to be its 1.55-inch display, which is described as the biggest display among any smartwatch in its class.

The 1.55-inch HD touchscreen TruView display is lit up by 320 x 320 pixels and has a peak brightness rating of 500 nits. The 210 mAh battery onboard has a claimed battery life of 10 days. Besides, it has a water resistance rating of 5ATM. It connects to the base smartphone via Bluetooth 5.0.

Among its health features include the ability to monitor blood oxygen levels and heartbeats 27×7. It can also monitor the stress level of the user while being capable of tracking sleep patterns, which it categorizes in three sections – Light Sleep, Deep Sleep, and REM cycles.

These apart, Noise said they have emphasized a lot on its female health feature, which is designed to help women keep track of their menstruation and pregnancy information. The smartwatch will issue alerts to keep them aware of the next expected menstruation period cycle based on the relevant health data that has been input by the user.

These apart, the Colorfit Pro 3 offers the usual niceties that you’d expect out of a proper smartwatch. Those include the ability to control music playback or set alarms and reminders. It can show messages and notifications received on the smartphone. For compatibility, the smartwatch can pair up with both Android and iOS phones via the NoiseFit app.

The Colorfit Pro 3 is currently available for a special introductory price of Rs. 3,999, which is two thousand less than the regular price of Rs. 5,999. There also is the EMI option of Rs. 1,399 available as well. The smartwatch comes in shades of Jet Black, Jet Blue, Rose Pink, Rose Red, Smoke Grey, and Smoke Green. Then there are various swappable straps available too, as are several watch faces that can be downloaded from the cloud.