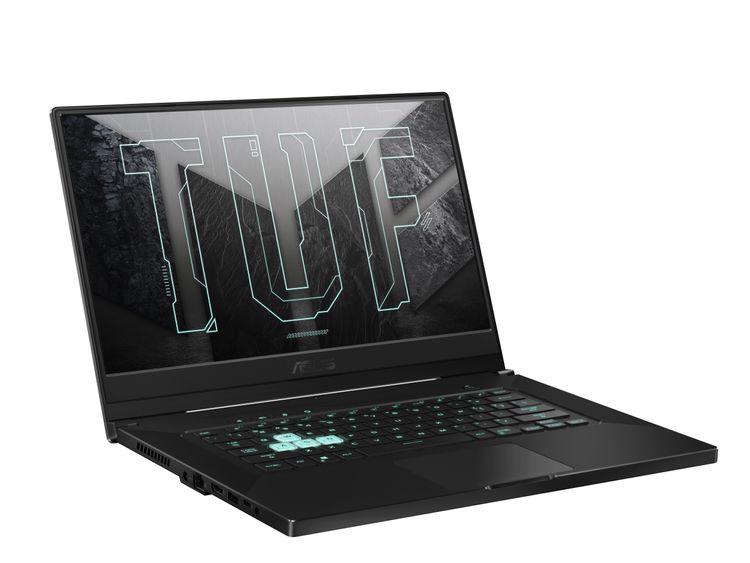 Asus has launched its new TUF Dash F15 gaming laptops in India. To live up to its naming, the laptop confirms to MIL-STD-810H standards for military-grade durability and strength. Other highlights of the laptop include its 11th gen Intel Core H-series processor and Nvidia GeForce RTX 3070 GPU, which promises top-grade gaming performance.

The TUF Dash F15 comes with a 15.6-inch full HD IPS display that offers two refresh rate options of 240 Hz and 144 Hz. With the 244 Hz refresh rate selected, you will have a 100 percent sRGB colour gamut and a response time of just 3 milliseconds.

For its heart, the TUF Dash F15 comes with the 11th-generation Intel Core i7-11370H processor. The laptop also features up to Nvidia GeForce RTX 3070 GPU clocked at a max of 1390MHz at 80W with ROG Boost. The top model comes with 32 GB of DDR4-3200MHz RAM and a max M.2 2230 PCIe SSD storage of 1 TB. Should you need more, there is an additional storage slot provided where you can easily add more storage.

For efficient heat dissipation, the Asus TUF Dash F15 is equipped with a dual-fan channel air cooling system that acts to remove excess heat from the inside via four slots. The integrated 0db Technology acts to switch the fans off once the CPU and GPU temperatures come to 50 degrees Celsius.

The laptop also offers three different modes named Scenario Profiles that provide for optimum power and performance efficiency. For instance, the Turbo mode is when performance is at its peak to support an intense workload. Naturally, fan speed too is at its highest. Next comes the Performance mode for a balanced performance and fan speed while the Silent mode is for less intense tasks such as net surfing.

The laptop will last 16.6 hours on a single charge when playing back videos thanks to the 76Whr battery it comes equipped with. Included in the package is a 200W power adapter that comes with 100W PD charging support. Another highlight of the gaming laptop is its integration of the two-way AI Noise Cancellation technology, which happens to be an in-house development from the Taiwanese manufacturer.

The Asus TUF Dash F15 is priced Rs. 1,39,990 for the model done up in Eclipse Grey shade. It is also available in Moonlight White colour option which will set you back Rs. 1,40,990. The laptop can be purchased starting March-end via Flipkart, Amazon, Asus Exclusive Stores, ROG Stores, and other offline retail outlets throughout the country.