Home News NASA plans to use Martian soil to make bricks for buildings at... 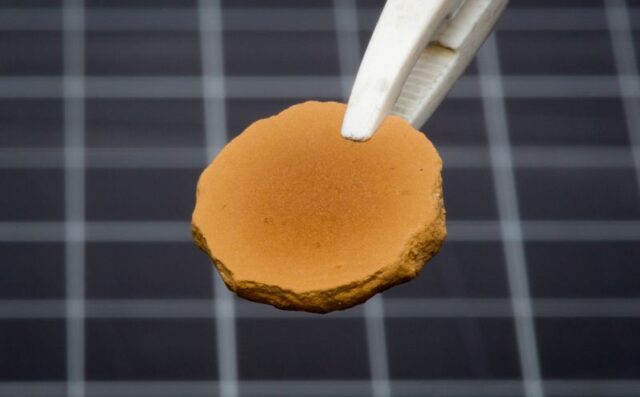 The pioneers who will inhabit Mars planet will first live in the houses made of bricks from the Planet’s own distinctive red soil. Fortunately, these people will not even undergo the long process of making the bricks or get additional building materials instead; they will only apply some pressure to the ground to lift up the bricks ready for construction.

According to Yu Qiao, the Structural Engineer Professor at the University of California, the first people to settle on the Planet will have an easy time to make homes since the building materials are largely available. Basing on the survey published in Scientific Reports journal, the NASA will conduct the mission to the Mars Planet by 2033, following the US Congress Bill which President Trump signed last month.

The discovery made on the Red Planet will incredibly save the astronauts the time and costs that they could incur if they were to transport up huge amounts of building materials for them to put up structures on the site. The Planet is also believed to have the calcium carbonate, an element that is used to manufacture cement.

The ingredients are formed gradually through the continuous deposits of the fossilized remains collected from the sea creatures. Hence the first occupants of the Planet would require minimal resources to start making the place habitable for humans. The presence of the Martian dirt on the Planet is the first sign that life is sustainable if other conditions are well confirmed and approved.

A year ago some Dutch scientists also conducted a study on the Martian soil by growing several edible plants including the potatoes, peas, tomatoes, rye, radish and cress and they found out that the soil is rich in nutrients to sustain the vegetation growth.

Also, in the Ridley Scott film that hit the world sometimes back revealed that one the film character, Matt Damon, planted potatoes after he got stranded on the Mars Planet. These developments made on the Red Planet indicates that people may start living on the other planets apart from the renown Earth.