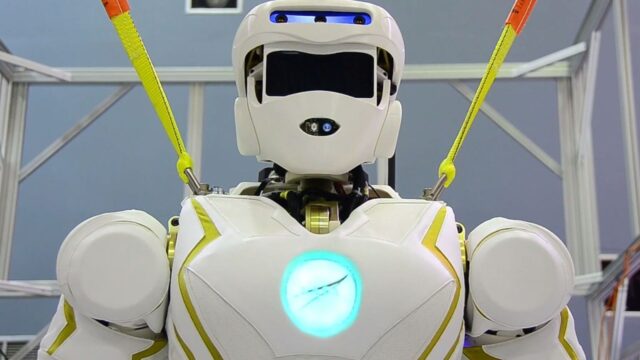 The National Aeronautics and Space Administration (NASA) has kicked off a brand new challenge for developing advanced robots. The renowned space agency has declared a prize money worth $1 million USD for the team creating the best droid. Registrations for the competition has been opened for engineers and inventors from all around the globe. The challenge aims to develop futuristic humanoid robots capable of withstanding harsh conditions of the Space. NASA intends to use the robots for its forthcoming mission to Mars.

The Space Robotics Challenge is co-organized by the Space Centre Houston and NineSigma along with NASA. The initiative targets to develop highly sophisticated bots to assist the astronauts in the Mars expedition. The competition primarily seeks to bring some revolutionary concepts and developments on the dexterity of bots.

Each team participating in the challenge is required to design a virtual droid based on NASA’s Robonaut 5 (R5) droid. The newly developed robot will need to perform various tasks in a simulated system featuring latency periods seen in Earth to Mars communications.

Currently, a fair number of robots are available which sports extreme agility on the Earth surface. Their movements are controlled by hydraulic systems, which are practically useless in the sub-freezing weather conditions and harsh climates of the Space. In order to address this issue, NASA has ingeniously moved to elastic technology in place of the hydraulics. This would facilitate seamless functioning of the Robonaut 5 under even under extreme conditions.

NASA expects that researchers from all over the planet will be able to develop the most precise and agile robot customized to work outside the Earth. The agency aims to use the robots for their various space missions including works on planetary surfaces. They will be used to perform tasks which will to be very hazardous or too complicated for any human astronaut.

The Space Robotic Challenge will be held entirely in a virtual ecosystem. Every participating team will be given the responsibility to bring back normal conditions to a human base after a devastating dust storm on the surface of the red Planet. According to NASA, the competition has three main targets, “aligning a communications dish, repairing a solar array, and fixing a habitat leak”. The team which will be able to handle the situations most efficiently will walk out with the $1 million.