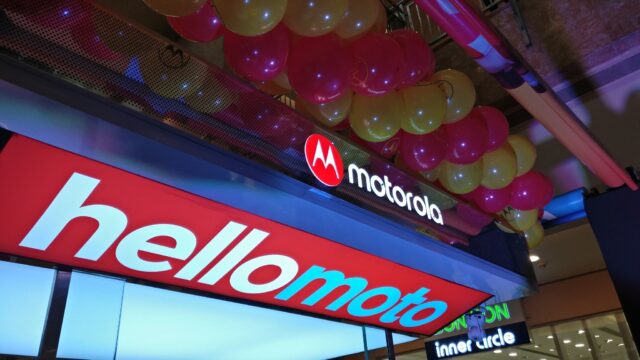 Motorola is launching its first offline stores in India today. They are called Moto Hub and going to sell Moto smartphones and accessories in the offline market. Motorola is launching six stores today, three in Delhi NCR and other three in Mumbai. Moto Hubs will offer all the Moto lineup smartphones at the same price as in online stores. Motorola will soon open more Moto Hubs in more cities as well.

Consumers will be able to experience every Motorola lineup in these stores and will be able to buy them at the same price as on online stores. Motorola wants to strengthen its budget range smartphone sales through these stores. Just like Motorola Xiaomi is also launching its stores in some cities to gain more customers in India.

Motorola revealed the first Moto Hub at Great India Place Mall, Noida and planning to launch 50 more Moto Hubs in the next two years. The store is stuffed with every Motorola smartphone whether it is a budget C series or the most premium Z series. Moto Mods will also be found here including all the smartphones and accessories which were sold exclusively at online stores.

Motorola might also be planning to bring the newly released Moto G5S and G5S Plus which was released in Europe recently. Moto Hubs will help Motorola to gain more consumers in India who always wanted to buy budget Motorola smartphones but can’t because of low on stock.