Home News Motorola Moto Z3 featuring Snapdragon 835 SoC launched in the US for... 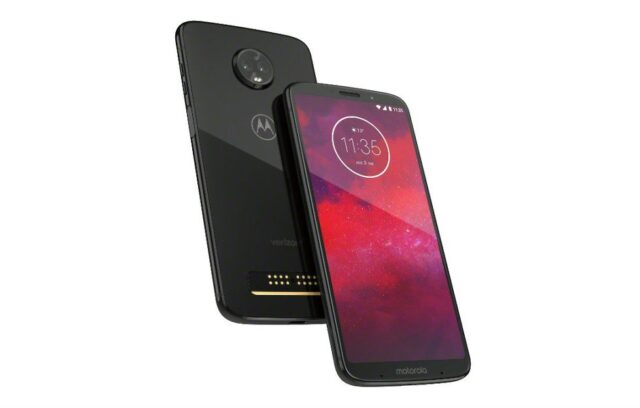 The new Motorola Moto Z3 which comes across as an upgraded version of the Moto Z3 Play has finally been launched in the US, India Today reported. The Z3 Play was announced earlier but shares a lot of similarity with the new Z3, save for the processor and camera.

To begin with, the Z3 comes powered by the Snapdragon 835 SoC which is a workhorse of a processor but has since been superceded by the more capable Snapdragon 845 now. That makes it quite disappointing to see Motorola outfitting the new Z3 with last year’s flagship chipset. Needless to say it will also have its prospects dented vis-a-vis the competition that have all built their flagship offerings around the new Snapdragon 845 SoC.

For comparison’s sake, the Moto Z3 Play comes powered by Snapdragon 636 SoC. If that be taken as the benchmark than the new Z3 does make for quite an improvement but still misses the mark given that the latest SD845 offers better performance credentials than its immediate predecessor. In any case, the Z3 also comes with 4 GB of RAM and 64 GB of storage, the latter again being expandable to 2 TB via SD cards.

The processor apart, the Z3 also boasts of a better camera setup in the form of dual 12 megapixel sensors. The rear cam is also complemented by a dual LED flash as well for better low light photography. Then there is a single front facing cam of 8 megapixel resolution. Both the front and rear primary camera is of f/2.0 aperture and hence should allow for nice and clear shots if not the best.

Other salient features of the Z3 include its 6-inch 18:9 aspect ratio Super AMOLED panel lit up by 1080 X 2160 pixels. There is no notch at the top though, with the overall design being more conventional than anything else. That include slim bezels along the top and bottom with the same along the sides being almost non-existent. The power button is mounted along the sides and incorporates the fingerprint scanner as well, with the chin only housing the Motorola logo.

The rest of the features of the Z3 include a near stock version of Android 8.1 Oreo along with a splash resistant build. There also is a 3000mAh battery that comes with Turbopower support, which Motorola described as being capable of offering half a day of usage after just 30 mins of charging.

The Z3 has been launched in the US for $480 which comes to around INR. 33,000. No word though when its going to be launched elsewhere, including India.