Motorola, the brand that brought the mobile revolution is back with their newest offering, the Moto G6 series. The G6 series adopts the new 18:9 aspect ratio display that has become the standard for smartphones launching in 2018. Moto made headlines with their Moto G lineup back in the day, but since last year they have struggled to catch up with the likes of Xiaomi and other Chinese OEMs.

Moto G6 Play has that classic design that was found on the OG Moto G. Moto also managed to cramp up a massive 4,000 mAh battery in the smartphone along with 15W fast charging support.

Now on paper Moto G6 play seems to be a decent device, it would be interesting to see how it competes with the likes of Xiaomi Note 5 and Asus Zenfone M1 pro which are similarly priced.

We have been using the Moto G6 play as our daily driver for close to 2 weeks now. The Moto G6 play is being offered in only a single memory configuration in India, that is with 3GB RAM and 32GB storage. 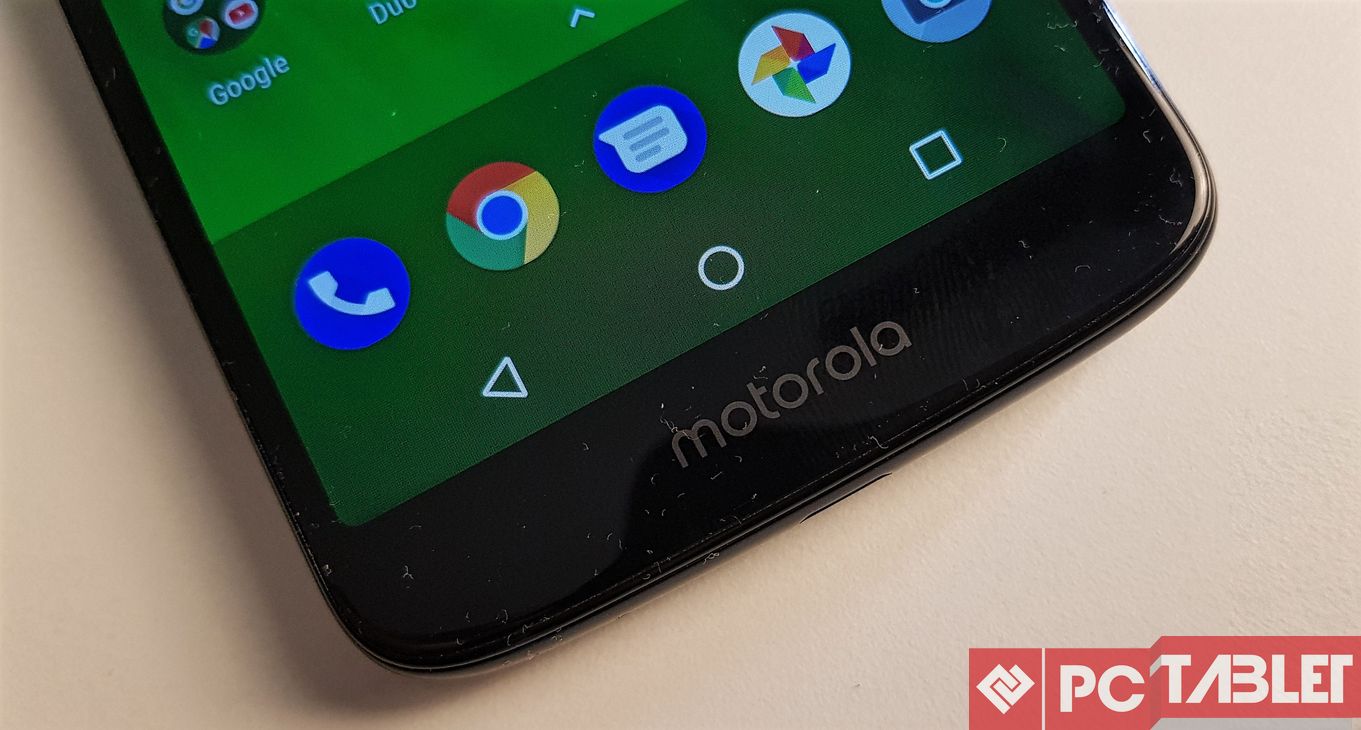 The box is similar looking as to what you might have seen in the past with Motorola smartphones with Moto branding on top. As soon as you lift the top part, you are greeted with the smartphone. Underneath lies the documentation and the supplied accessories.

Moto G6 marks the first time Motorola has used glass back on the budget end smartphones. While the Moto G6 gets glass back, the Moto G6 play loses on this front. In order to bring down costs, Moto has gone with a plastic back. Surprisingly this plastic has the same aesthetic feel that you would see with the glass back. And it even has the same reflective coating underneath the top layer that is found on its older siblings. 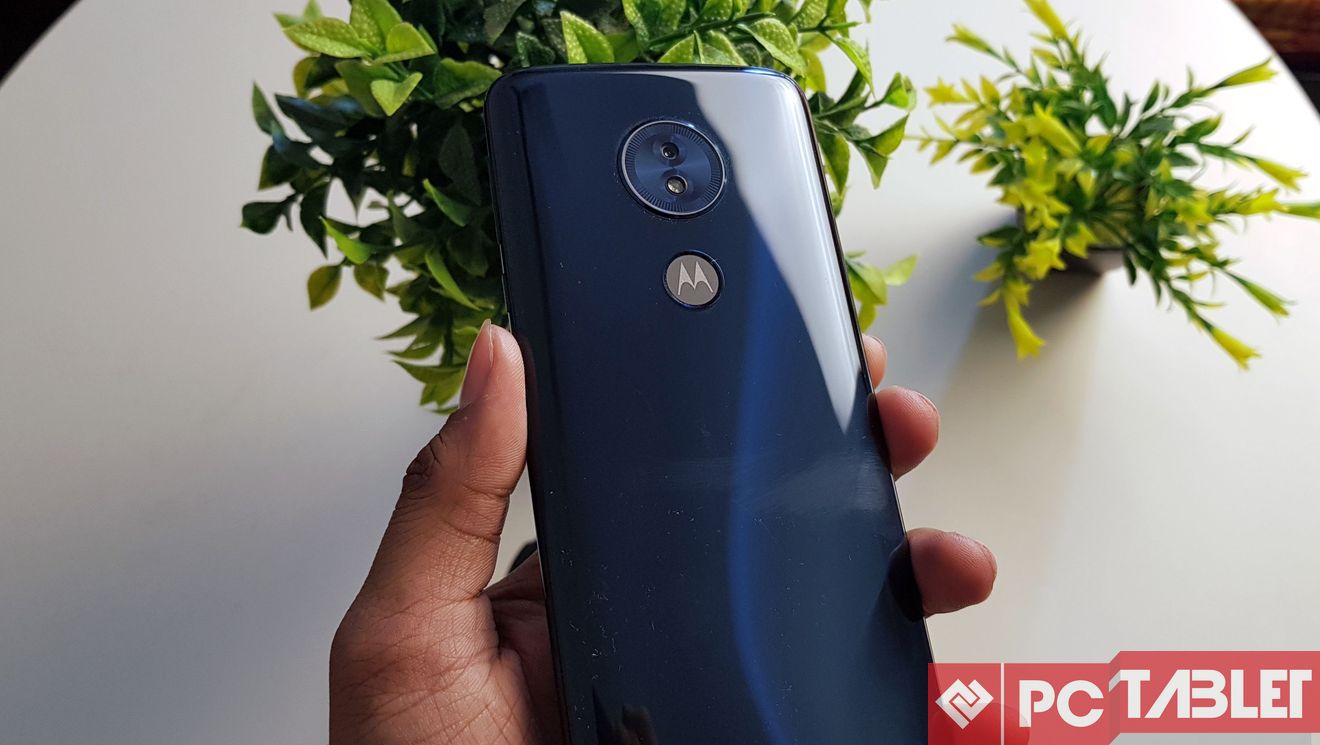 The outer frame of the smartphone is made out of aluminum which is coated to give a symmetrical look. On the back you would find a ring containing the rear camera and flash. The camera module protrudes a little bit, apart from this there’s a fingerprint scanner placed in the center. Unlike the pill shaped fingerprint sensor on Moto G6, the G6 play gets a regular one with the Moto logo itched inside it.

On the front the Moto G6 play sports the newer 18:9 aspect ratio display with rounded corners which is a first in the Moto G lineup. The 5.7-inch display dominates the front of the smartphone, with the front facing camera, earpiece, sensors and front LED flash placed up top and Motorola branding on the bottom chin.

The bottom of the smartphones houses the micro-USB port, the 3.5mm audio jack is placed on the top with the secondary mic. Interestingly there is a mono speaker on the top which acts both as an earpiece and speaker. The volume button is placed on the right side along with the textured power button.

Moto G6 Play has a 5.7-inch IPS display with an aspect ratio of 18:9 which is a first for Moto G lineup. The resolution here is HD+ meaning you can make out pixels on the display easily. Its got rounded corners which is quite often found with the 18:9 display smartphones. Thought the bezels on the top are not that big, the chin is very chunky with the motorola logo in the center, which seems very out of place. 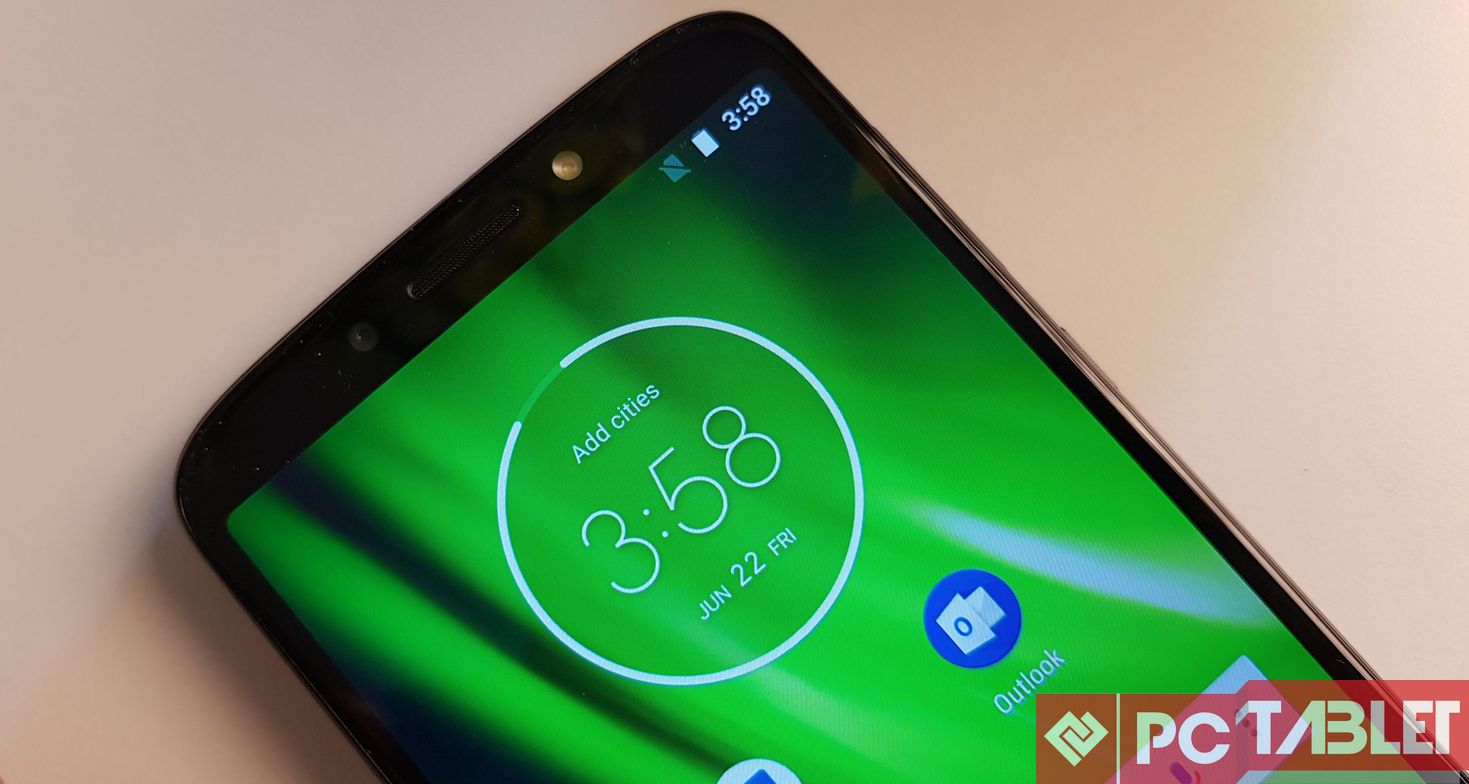 It would have been great to see, a fingerprint sensor here instead of the back. The display settings come with the option to adjust the colors and font size according to your preferences. Talking about the panel quality, panel is bright and has decent viewing angles. The colors come out decent with good blacks. You get features like Ambient Display, which lights up when a notification is received or as soon as you pick up the smartphone. 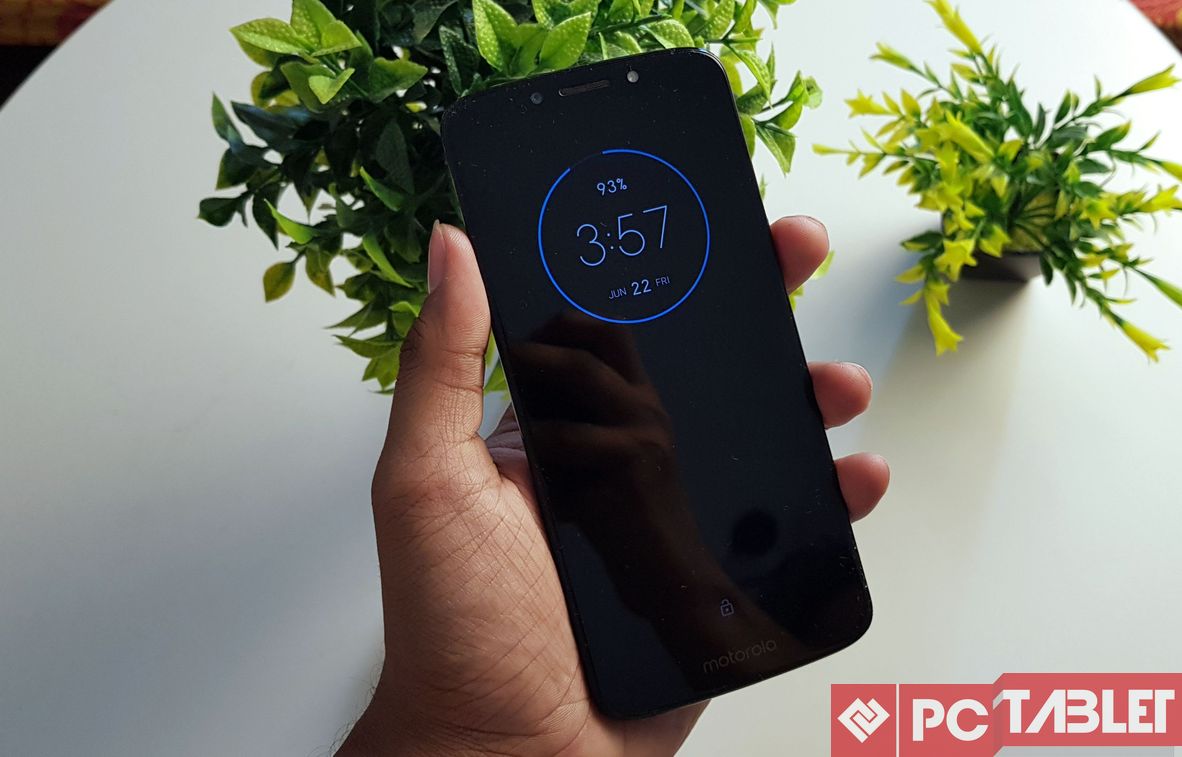 Moto was the first OEM to use stock Android on their smartphones other than Google. The Moto G6 Play also comes with near stock android with the exception of few Moto apps and a slight tweak to UI. The changes are not drastic and past stock Android users will feel like home here.  Moto has been using Stock apps for Phone, Photos, Messages that you’d find on Pixel devices.

Other than this, Motorola has clubbed all the functionalities of Moto assistant into a single app, which we feel is nifty. Using this app, you can use features like Moto Key, Moto Display and Moto Actions.

Moto Key lets you use your fingerprint for signing in apps and websites, this functionality can used for signing into Windows devices as well.

Moto Display contains a set of features like Night display, that lowers the amount of blue light. Other is always-on-display, which lights up the display as soon as you receive a notification, giving you additional option to respond to the messages from the lock screen itself. Like most of always-on-displays this one also lights up as soon as you lift your smartphone, giving you important info.

Coming to Moto Actions, there are some unique gestures controls here like “chop twice for flashlight”, “twist to capture” and “lift to stop ringing”.

There are a bunch of bundled apps like Microsoft Outlook, LinkedIn etc which may or may not be useful to users and sadly can’t be uninstalled. Other than this the complete Google Apps package is available on this smartphone.

Moto G6 Play is currently running on Android 8.0 Oreo and judging by motorola’s past track record it is safe to say that Android P will on the G6 series but there is no official word on this nor is any clear timeline available.

As mentioned in the Specifications section, Moto G6 Play is powered by Qualcomm’s Snapdragon 430 processor with 3GB and Adreno 505 GPU. Since this chip is made mainly for basic smartphone usage and is not meant for power users. We didn’t find any issues in the day to day usage, like switching between apps (at least 4-5) and scrolling through webpages. Serious game titles like Asphalt 8 are playable at low to medium settings with noticeable frame drops at times.

Perhaps the USP of this smartphone in the battery. Motorola has packed the Moto G6 play with a 4,000mAh battery, which lets the smartphone last for close to 2 days with moderate usage. If left on standby, G6 Play can last some whooping 20 days on a single charge. This lets the Moto G6 Play to be an ideal candidate for people looking for a smartphone solely for content consumption.

To top up this battery, Motorola has activated fast charging on the Moto G6 Play and is also supplying a 15W fast charger in the box itself. Now using this charger, you can top up the battery in close to 2hrs.

Motorola has gone with a 13MP sensor on the back with f/2.0 aperture. G6 Play does takes some decent shots in good lighting conditions with good color reproductions and dynamics. There are no signs of over sharpening or over exposing of bits here and there. Now things take a drastic turn during low light shots where the camera jacks up the ISO producing overexposed shots. This is the case with a few other smartphone in this category as well.

Coming to the front camera, here Motorola has added an 8MP shooter with f/2.2 aperture. The story with this camera is also the same, shots in bright light are good. The portrait mode is also missing on both front and rear camera which is usually present in smartphones at this price range.

Talking about the camera app, it is similar to what you’d find on other Motorola smartphones, nothing has changed here. The app contains basis modes like photo, video, panorama and a professional mode, which can be nifty at times. 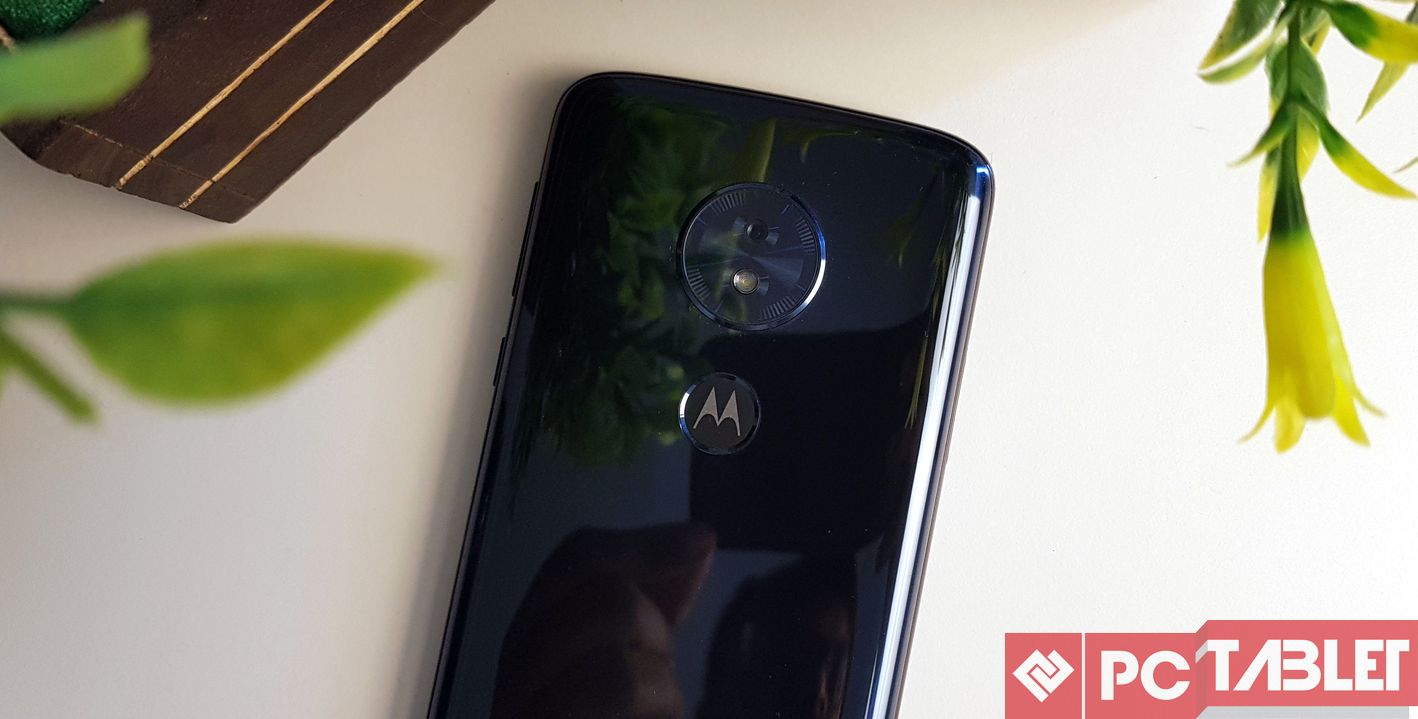 Moto G6 Play looks good, has a decent and sturdy built. The large battery, 18:9 display and near Stock Android are a welcome touch. But things like average cameras and lower resolution display hold down the smartphone.

There are a plenty of good offerings at this price point like the Asus Zenfone Pro M1 (review) and Realme 1 (review) which are a lot more powerful and overall well carved out products. We wish Moto had gone with a little more aggressive pricing on this smartphone. That being said, if you want a smartphone mainly for content consumption with big battery, good after sales support and decent design, then this smartphone is surely for you.