Moto E4 Plus with 5000mAh battery, fingerprint sensor launching in India on July 12 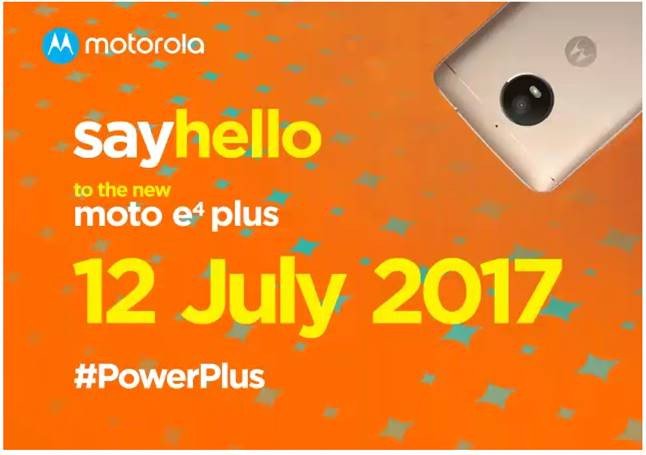 Motorola has just confirmed that the Moto E4 Play will be available in India from July 12th, as the company has already started sending out invites to the launch. The biggest positive feature of the device is the massive 5000mAh battery and a Fingerprint sensor. The Moto E4 Plus comes in Iron Grey, Fine Gold, and Oxford Blue colors. We shall know the official pricing and availability of the device on 12th July. The Moto E4 Plus is the bigger variant of the Moto E4 that was launched in India last week.

Moto E4 Plus specifications: The Motorola Moto E4 Plus sports a 5.5-inches HD (1280 x 720 pixels) 2.5D curved glass display and is powered by the MediaTek MT6737 SoC clocked at 1.3 GHz Quad-core processor with 650MHz Mali T720 MP1 GPU. It comes in two different variants, one with 2GB RAM and 16Gb storage and another model with 3GB RAM and 32GB internal memory that is further expandable via a microSD card slot. The Moto E4 Plus runs on Android 7.1.1 Nougat right out of the box.