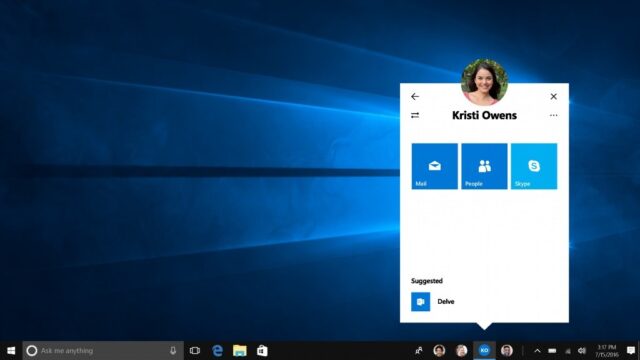 The much-awaited Windows 10 Creators Update is finally here. Microsoft has officially stated that Windows 10 version 1703 began rolling out on April 11 and will be available for all users shortly, as it is being rolled out in phases. In addition, Windows 10 Mobile will also be getting the Creators Update on April 25.

This is something all gamers have been waiting for. As the name suggests, the feature is designed to enhance the gaming performance in Windows 10. It offers an Xbox app that allows users to tweak GPU and CPU settings as per their requirements and experience the best possible gameplay. The Settings app gets overhauled with a brand new Games tab, which organizes the Game Mode, GameDVR, and Game bar, along with options for broadcasting and streaming. Popular titles such as FIFA 17, PayDay 2, Battlefield 3, Call of Duty: Black Ops 2 and Rocket League are also said to get full-screen support in Windows Games bar.

The Edge browser also gets an extensive list of features with the new Windows 10 Creators Update. To begin with, the web browser now gets the ability to real aloud ebooks. Also, it gets a bunch of nifty features such as the Set Tabs aside option which lets users save their most used tabs for quick access. Microsoft also mentioned that Edge’s tab management features would allow users to handle multiple tabs at once easily.

The beloved paint app gets a new avatar in the form of Paint 3D. As the name suggests, users can draw in a 3D format. Also, it has been made touch friendly as it works with a stylus.

Microsoft also introduces the Night Light Mode with the Windows 10 Creators Update. iOS and Android had this feature with different names. The feature essentially reduces the blue light from the screen automatically depending on the surrounding light conditions. The feature is also said to reduce eye strain by reducing blue light emitting from the display.

How to download and install the Windows 10 Creators Update

The simplest to the upgrade to the latest Windows 10 Creators Update is to let your PC do it automatically. Users will get a notification before they install the update. They get the option to delay the update for a few days if they wish to. Besides, they also have the option to trigger the active hours setting if they do not want to see the update prompt.

Another method is to install the update manually. Just head over to Microsoft Software Download Site and click on the Update Now link to start installing the update via the Upgrade Assistant. Advanced users can also try out the Media Creation Tool to create ISOs to install the Creators Update.