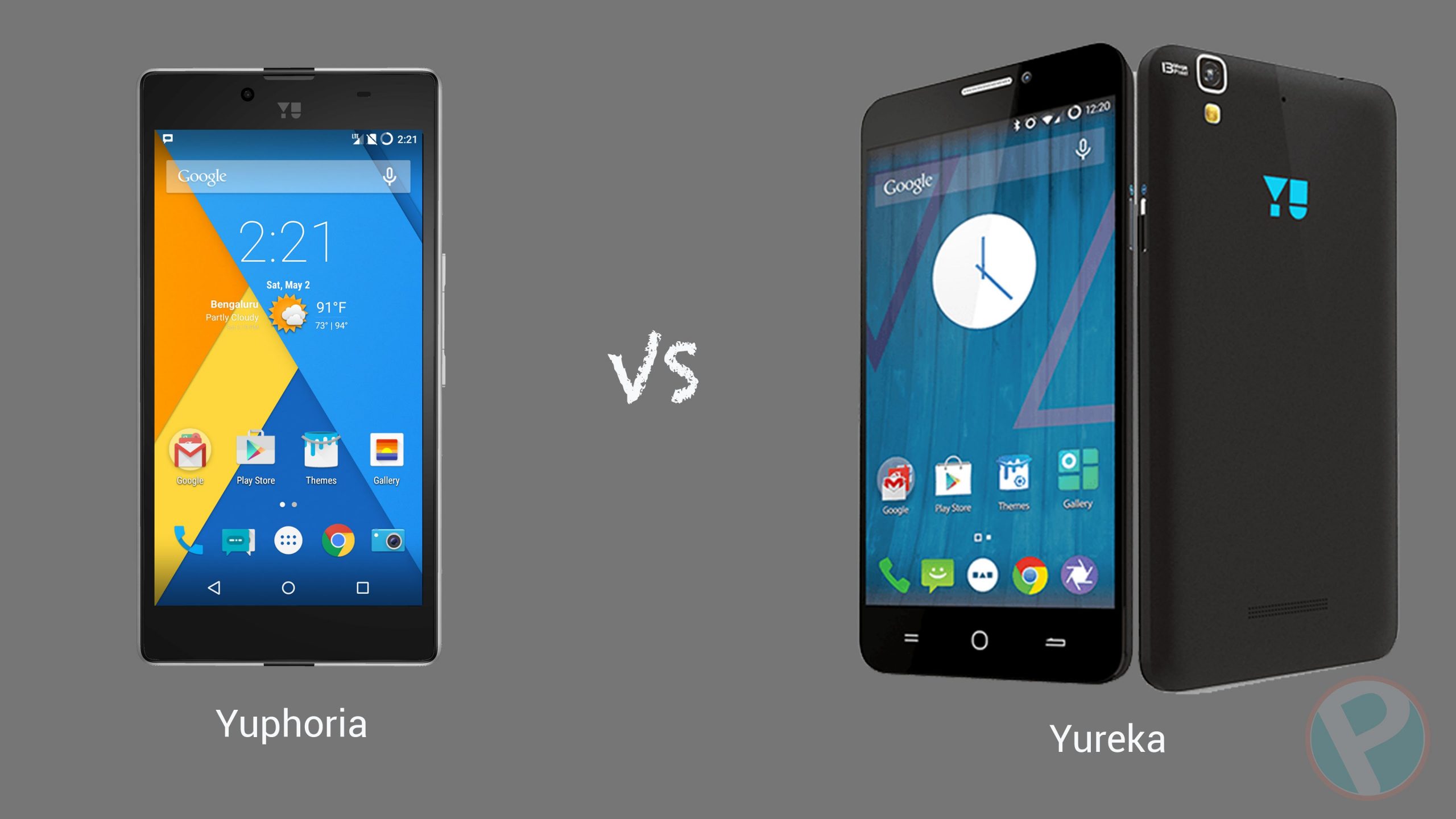 Micromax’s subsidiary company, YU has launched yet another smartphone in the Indian market this Tuesday.

Going exclusively on sale at the Amazon.in, the Yu Yuphoria smartphone has been tagged with a price of Rs. 6,999. Registrations are now open for the upcoming Yuphoria flash sale.

However, comparing it with its predecessor, Yureka, it would be relatively easy to tell why or why not the Yuphoria smartphone is a great buy for in this price range.

The Yureka smartphone comes loaded with a 64-bit Octa core Qualcomm Snapdragon 615 processor along with 2GB of memory.

The smartphone houses 16GB of internal storage, which can be expanded up to 32GB using an external SD card.

However, if you are looking to mount an external HDD over the OTG cable, then the Yureka might disappoint you in this case.

The smartphone houses a 2,500 mAh battery, which in reality is a cause of disappointment in the smartphone. It drains faster and has a comparatively larger charging time. To fully charge the device, it takes about four hours to get it from 0% to 100%.

Yureka houses G-sensors, Gyroscope and light sensors in it. However, when it comes to performance the proximity sensor brings a lot of trouble to its users. Several software and hardware bugs made the device perform abruptly.

However, with the lollipop based Cyanogen 12 upgrade, the light sensors in the smartphone made the screen go total blackout during the call.

There wasn’t a single way by which one can re-adjust the screen brightness level except throwing a flash near the speakers on the top.

Talking about the audio performance then the device didn’t perform well either. The sound wasn’t that good and had some volume issues.

Talking about this promising smartphone, it comes in two variants, Buffed Silver and Champagne Gold.

The device boasts 64-bit Snapdragon 410 smartphone along with the 2GB LP-DDR3 RAM.

Talking about the camera, the smartphone has a 8 MP rear camera with f/2.2 aperture for excellent photos.

Along with that, Yu has bumped the front facing camera from 2MP to 5MP Yuphoria, and it has an 85-degrees wide-angle lens.

Improving over the issues in the Yureka, the smartphone now has a Pure Wolfson Sound with AAC speakers with enhanced unidirectional projection.

The device also has a 2230 mAh battery, which is less than the previous generation, but has a quick charge technology from Quickcomm that charges the battery from 0% to 65% in just 45 minutes. Yuphoria also comes loaded with new sensors, including G, L, E, P sensors.

Both Yureka and Yuphoria comes loaded with the Android 5.0 Lollipop based Cyanogen OS 12 out of the box.

However, a few months earlier Yureka came loaded with the Android KitKat based Cyanogen OS.

Cyanogen OS offers a high level of customization, security and privacy standards for the smartphone.

Yureka had a lot of issues in its hardware and software, however, the new Yuphoria looks promising as the company has worked on fixing the concerns that previously existed in its successor.

The point of concern for the Yuphoria is the less mAh battery and comparatively fewer megapixels in the rear camera.