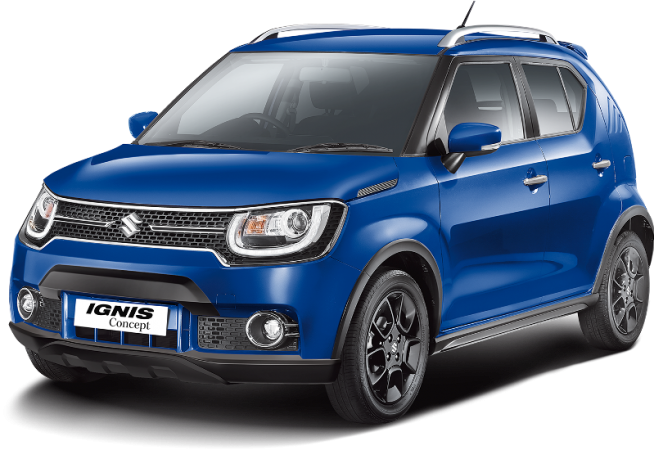 Despite rumors about the launch of Ignis being postponed to 2017, Maruti Suzuki has officially confirmed that the crossover launch in India will be as scheduled. The company said that Ignis is slated for a launch this festive season, which will be Indo-Japanese carmaker’s first sub-4 meter crossover in the Indian market. The all-new Ignis was first showcased in India at the 2016 Auto Expo, along with the upcoming Baleno RS, which will also arrive in the country this festive season. Currently, the Ignis is only available in Japan; India will become the second country where the crossover will be launched.

The Ignis crossover will be available through the company’s premium Nexa outlets. After Baleno and S-Cross, it will mark the third car from the company to be sold through its premium dealership network.  The company is also expected to showcase the Ignis at the upcoming Paris Motor Show in October, which apparently falls in the same time-frame of its India launch.

Being a crossover, Maruti Suzuki Ignis gets certain attributes of an SUV such as high ground clearance, good field of vision, projector headlamps and a muscular body. In terms of dimensions, the Ignis is  3679mm x 1579mm x 1478mm. Coming to the design, the Ignis crossover sports a slick looking front grille that also houses the headlamps. It also comes with LED daytime running lamps that further adds to the crossover’s overall demeanor.

In terms of features, the India bound variant could get a 4-Wheel-Drive (4WD) system, Suzuki’s proprietary adaptive braking system (DCBS), lane management system, along with front, rear and side cameras for parking assist. In terms of standard features, the Ignis will most likely get ABS and EBD as standard along with driver and co-passenger airbags.

Under the hood, Maruti Suzuki Ignis is expected to get only 1.0-litre BoosterJet petrol engine. Transmission options will include a 5-speed manual or an automatic unit. As far as a diesel variant goes, there’s still no official confirmation, but it could be launched at a later stage.